Pump Magnetic Couplings consist of an outer and inner drive and they do not touch one another. A coupling works via the non-contact transfer of power which means the magnetic solution, in contrast to the traditional, does not experience any wear. Therefore, the Magnetic Couplings are maintenance-free.

Permanent Magnetic coupling is a coupling that transfers torque from one shaft but using a magnetic field rather than a physical-mechanical connection.
While all magnetic couplings use the same magnetic properties and basic mechanical forces, there are two types that differ by design.

In addition to the two main types, magnetic couplings include spherical, eccentric, spiral, and nonlinear designs. These magnetic coupling alternatives aid in the use of torque and vibration, specifically used in applications for biology, chemistry, quantum mechanics, and hydraulics.

In the simplest terms, magnetic couplings work using the fundamental concept that opposite magnetic poles attract. The attraction of the magnets transmits torque from one magnetized hub to another (from the driving member of the coupling to the driven member). Torque describes the force that rotates an object. As external angular momentum is applied to one magnetic hub, it drives the other by transmitting torque magnetically between the spaces or through a non-magnetic containment barrier such as a dividing wall.

The amount of torque generated by this process is determined by variables such as:

Working temperature
The environment in which processing occurs
Magnetic polarization
Number of pole pairs
Dimensions of pole pairs, including gap, diameter, and height
Relative angular offset of the pairs
The shift of the pairs

Depending on the alignment of the magnets and discs or rotors, the magnetic polarization is radial, tangential, or axial. Torque is then transferred to one or more moving parts. Permanent Magnetic Coupling for Circulation Pumps 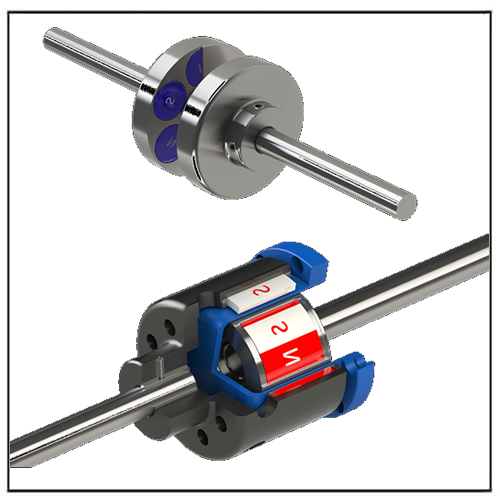 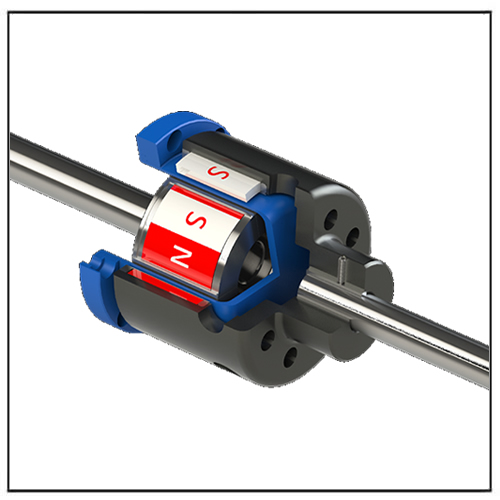 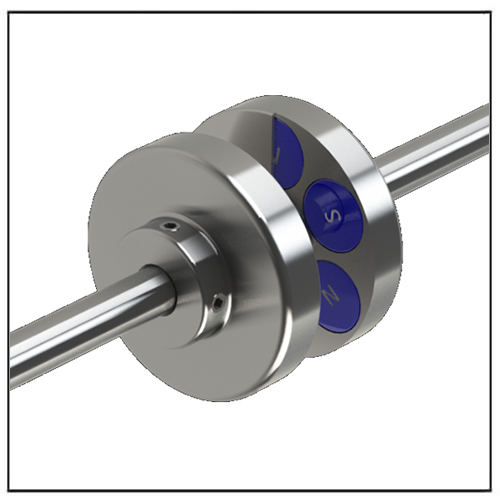 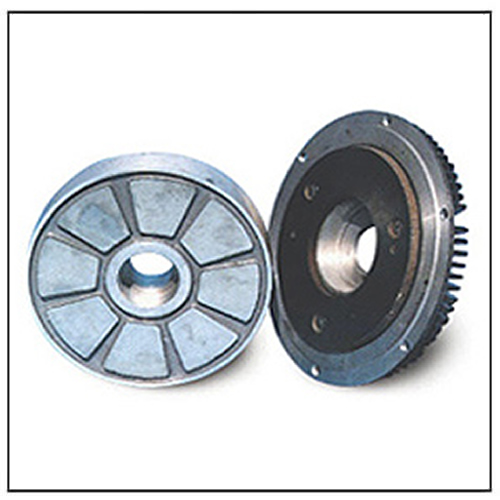