A permanent magnet built up of magnetized strips to obtain a high intensity of magnetization.
An electromagnet for ac circuits, having a laminated core to reduce eddy currents.

2.Technical requirement
The thickness available insulating layers less than 20UM ,the maximum working temperature can be up to 200℃ magnet layers from 0.5 mm and up ,custom shapes and size in neodymium magnet .

3. Application Scope :
Aerospace , automotive, motor sport and the industrial markets are turning to laminated neodymium magnets , it can be balance the power and heat better than the whole magnet .

The eddy current loss of rare earth magnet can be reduced by many ways, among them, the material science researchers have proposed to prepare the high-resistivity magnet, such as:
a. Bonded magnet.
b. High-resistivity sintered magnet.

A magnetic core is a piece of magnetic material with a high magnetic permeability used to confine and guide magnetic fields in electrical, electromechanical and magnetic devices such as electromagnets, transformers, electric motors, generators, inductors, magnetic recording heads, and magnetic assemblies. It is made of ferromagnetic metal such as iron, or ferrimagnetic compounds such as ferrites. The high permeability, relative to the surrounding air, causes the magnetic field lines to be concentrated in the core material. The magnetic field is often created by a current-carrying coil of wire around the core. N45UH Block Shape Neodymium Laminated Magnets

The use of a magnetic core can increase the strength of magnetic field in an electromagnetic coil by a factor of several hundred times what it would be without the core. However, magnetic cores have side effects which must be taken into account. In alternating current (AC) devices they cause energy losses, called core losses, due to hysteresis and eddy currents in applications such as transformers and inductors. “Soft” magnetic materials with low coercivity and hysteresis, such as silicon steel, or ferrite, are usually used in cores.
One embracing a coil or similar space, excited by current in the coil or a permanent magnet in the central core. Main use is with a circular gap at an end of the core for a moving coil. Miniature split-sintered pot magnets are also used to contain high-frequency coils,

Laminated magnetic cores are made of stacks of thin iron sheets coated with an insulating layer, lying as much as possible parallel with the lines of flux. The layers of insulation serve as a barrier to eddy currents, so eddy currents can only flow in narrow loops within the thickness of each single lamination. Since the current in an eddy current loop is proportional to the area of the loop, this prevents most of the current from flowing, reducing eddy currents to a very small level. Since power dissipated is proportional to the square of the current, breaking a large core into narrow laminations reduces the power losses drastically. From this, it can be seen that the thinner the laminations, the lower the eddy current losses. 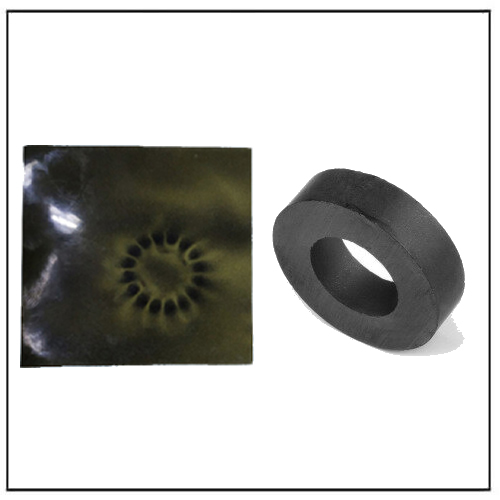 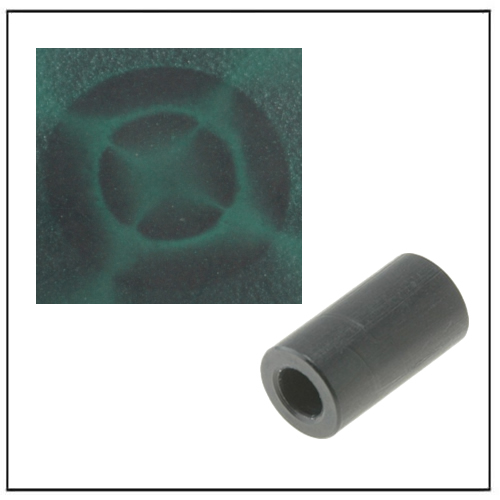 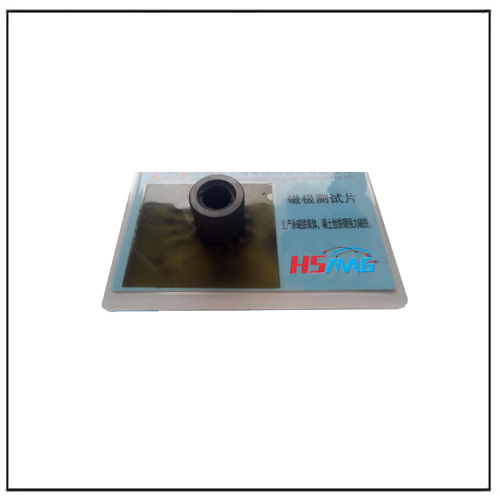 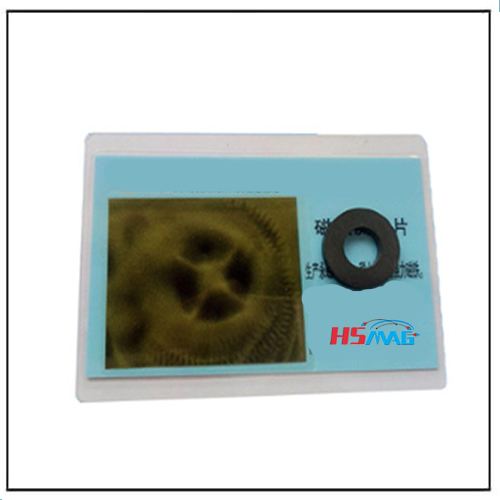