Magnetic Touch Latches are the ideal solution when you want the clean, seamless look of no knobs. Simply press the door and the spring-loaded plunger pops it open for you. Press again, and the magnetic catch holds it closed. Combines the functions of a knob and catch in one inexpensive package. Easy surface-mounted installation mounts anywhere. The Magnetic Touch Latch is available in several colors to match your cabinetry. This Magnetic Touch Latch gives your cabinets a clean, contemporary look without knobs or catches. Use vertically or horizontally.

Engineered for the high-performance standards of the marine and aviation industries, the Saint Louis Design magnetic push latch is precision-machined from noncorrosive alloys with titanium components for superior durability.

When a full-sized door needs to completely disappear in the wall surface, uninterrupted by any hardware, a strong and quiet solution now exists which is up to the task. Single Slide Magnetic Touch Latch

Everyone who’s bought this New Design magnetic push latch has been happy to make the case to their next client for the extra expense. There is nothing else out there like it. If you know of one or if you’ve your own version, please contact us and tell us about it. 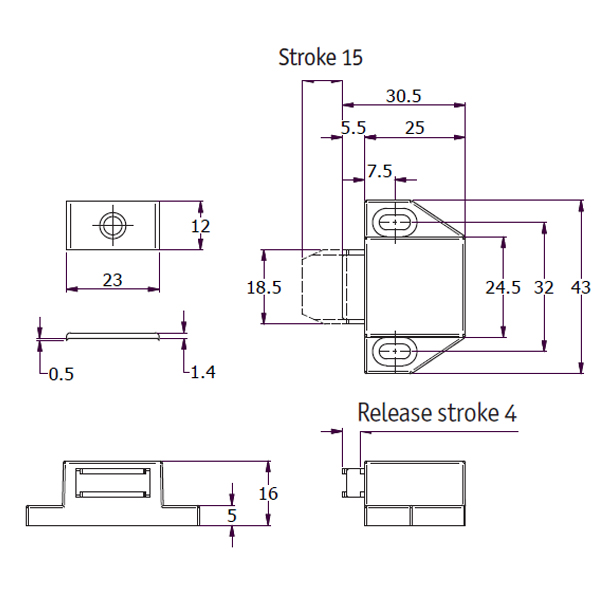 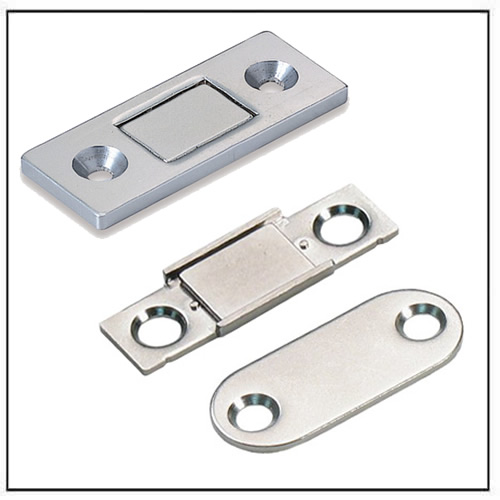 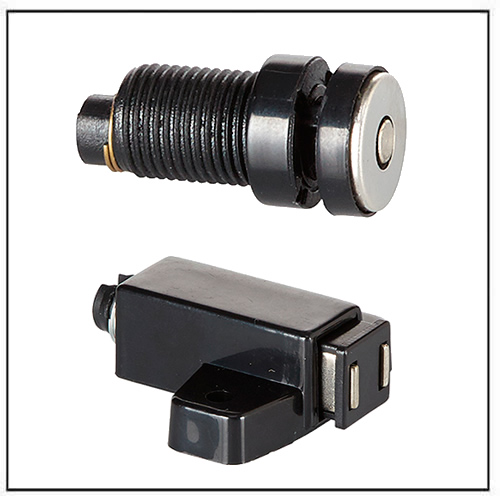 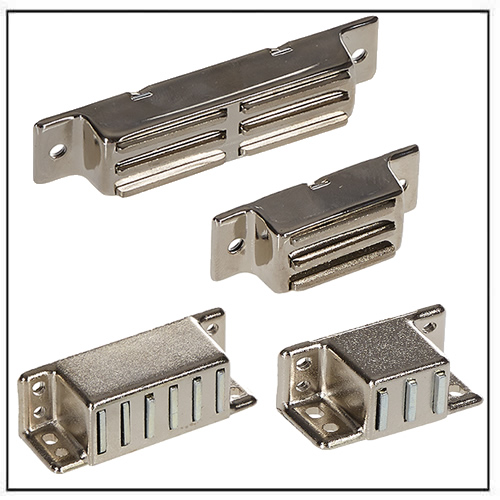 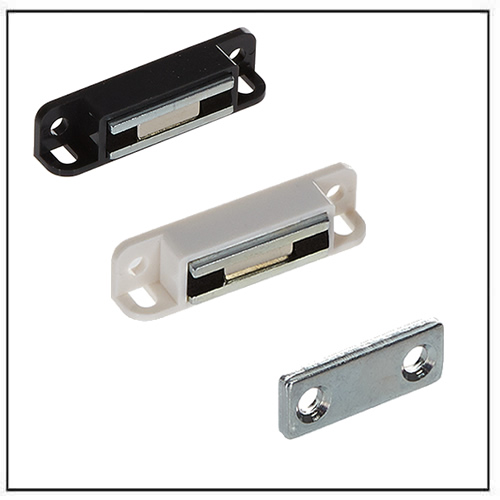