Eddy Current Magnetic Coupling – This coupling is an asynchronous version that relies on a speed mismatch between the driver and follower to produce a force. An array of alternating pole permanent magnets (N-S-N-S) is placed on either the driver or follower, and an electrically conductive material (typically aluminum or copper) is placed on the mating component. When the driver is translated with respect to the follower, an electrical current is induced in the conductive material, which results in a magnetic field that opposes the permanent magnets and “couples” the two components. Amperes Law governs the relationship between the induced electric and resultant magnetic fields.

The magnitude of the resultant force is directly linked to:
1. Speed differential between the two components
2. Magnetic material characteristics
3. Resistivity of the conductive media
4. Separation distance between the driver and follower.

Unlike the Synchronous Coupling (Class 1), this asynchronous version is a “lossy” device and prone to Ohmic loss heating resultant from the induced electric fields. Pump Magnetic Couplings

A magnetic coupling is a device that is capable of transmitting force through space without physical contact.  Attractive and repulsive magnetic forces are harnessed to perform work in either a linear or rotary fashion.  In its simplest form, a magnetic coupling is comprised of two components: a driver and a follower.

Help me designs
1. What type of coupling is required?
1. Linear
2. Torque
2. What topology are you considering?
1. Face-to-face (torque coupling)
2. Coaxial (torque coupling)
3. Tubular (linear coupling)
4. Planar (linear coupling)
3. How much force or torque would you like to transmit?
4. What Class of coupling are you considering?
1. Class I – Synchronous
2. Class II – Eddy Current
3. Class III – Hysteresis 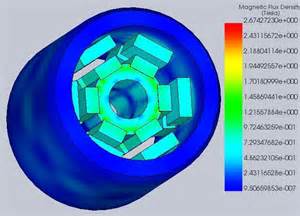 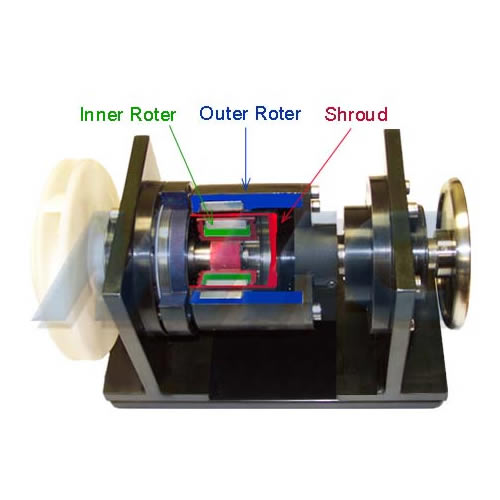 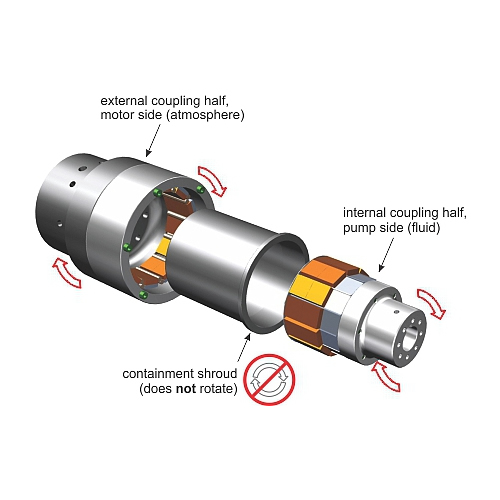 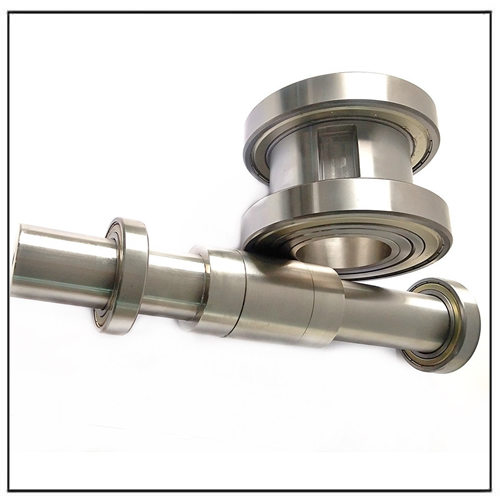 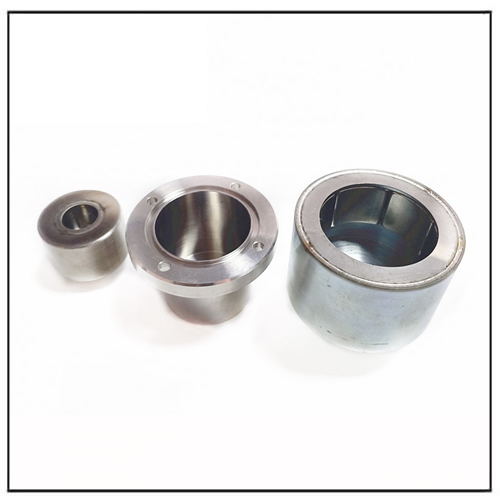 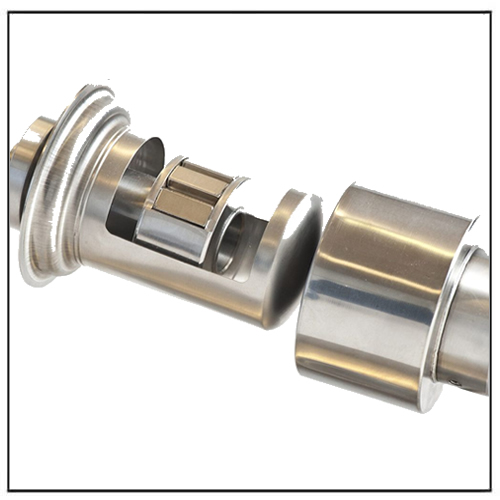 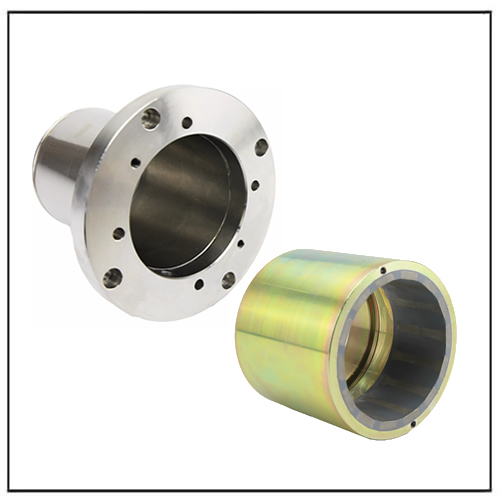