A ferrite (Ferrite Magnets) is a type of ceramic compound composed of iron(III) oxide (Fe2O3) combined chemically with one or more additional metallic elements. They are both electrically nonconductive and ferrimagnetic, meaning they can be magnetized or attracted to a magnet. Ferrites can be divided into two families based on their magnetic coercivity, their resistance to being demagnetized. Hard ferrites have high coercivity, hence they are difficult to demagnetize. They are used to make magnets, for devices such as refrigerator magnets, loudspeakers and small electric motors. Soft ferrites have low coercivity. They are used in the electronics industry to make ferrite cores for inductors and transformers, and in various microwave components. Ferrite compounds have extremely low cost, being made of iron oxide (i.e. rusted iron), and also have excellent corrosion resistance. They are very stable and difficult to demagnetize, and can be made with both high and low coercive forces.

Ferrites are usually non-conductive ferrimagnetic ceramic compounds derived from iron oxides such as hematite (Fe2O3) or magnetite (Fe3O4) as well as oxides of other metals. Ferrites are, like most of the other ceramics, hard and brittle.

Many ferrites are spinels with the formula AB2O4, where A and B represent various metal cations, usually including iron Fe. Spinel ferrites usually adopt a crystal motif consisting of cubic close-packed (fcc) oxides (O2−) with A cations occupying one eighth of the tetrahedral holes and B cations occupying half of the octahedral holes. If one eighth of the tetrahedral holes are taken by B cation, then one fourth of the octahedral sites are occupied by A cation and the other one fourth by B cation and it is called the inverse spinel structure. It is also possible to have mixed structure spinel ferrites with formula [M2+1−δFe3+δ] [M2+δFe3+2−δ]O4 where δ is the degree of inversion.

The magnetic material known as “ZnFe” has the formula ZnFe2O4, with Fe3+ occupying the octahedral sites and Zn2+ occupy the tetrahedral sites, it is an example of normal structure spinel ferrite.

Some ferrites have hexagonal crystal structure, like barium and strontium ferrites BaFe12O19 (BaO:6Fe2O3) and SrFe12O19 (SrO:6Fe2O3).

In terms of their magnetic properties, the different ferrites are often classified as “soft” or “hard”, which refers to their low or high magnetic coercivity, as follows.

Various ferrite cores used to make small transformers and inductors
Ferrites that are used in transformer or electromagnetic cores contain nickel, zinc, and/or manganese compounds. They have a low coercivity and are called soft ferrites. The low coercivity means the material’s magnetization can easily reverse direction without dissipating much energy (hysteresis losses), while the material’s high resistivity prevents eddy currents in the core, another source of energy loss. Because of their comparatively low losses at high frequencies, they are extensively used in the cores of RF transformers and inductors in applications such as switched-mode power supplies and loopstick antennas used in AM radios. 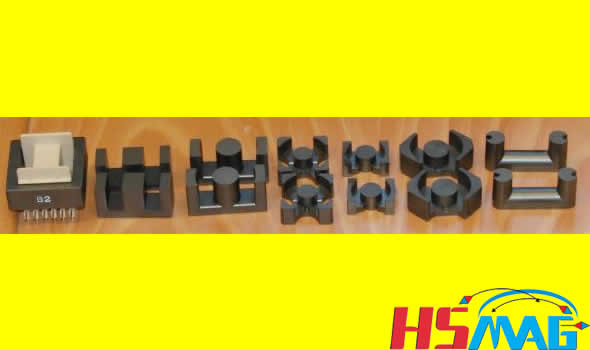 The most common soft ferrites are:

Manganese-zinc ferrite (MnZn, with the formula MnaZn(1-a)Fe2O4). MnZn have higher permeability and saturation induction than NiZn.
Nickel-zinc ferrite (NiZn, with the formula NiaZn(1-a)Fe2O4). NiZn ferrites exhibit higher resistivity than MnZn, and are therefore more suitable for frequencies above 1 MHz.
For applications below 5 MHz, MnZn ferrites are used; above that, NiZn is the usual choice. The exception is with common mode inductors, where the threshold of choice is at 70 MHz.

In contrast, permanent ferrite magnets are made of hard ferrites, which have a high coercivity and high remanence after magnetization. Iron oxide and barium or strontium carbonate are used in manufacturing of hard ferrite magnets. The high coercivity means the materials are very resistant to becoming demagnetized, an essential characteristic for a permanent magnet. They also have high magnetic permeability. These so-called ceramic magnets are cheap, and are widely used in household products such as refrigerator magnets. The maximum magnetic field B is about 0.35 tesla and the magnetic field strength H is about 30 to 160 kiloampere turns per meter (400 to 2000 oersteds). The density of ferrite magnets is about 5 g/cm3.

The most common hard ferrites are:

Ferrite magnets (Ceramic magnets) are sintered permanent magnets composed of Barium or Strontium Ferrite. This class of magnets, aside from good resistance to demagnetization, has the popular advantage of low cost. 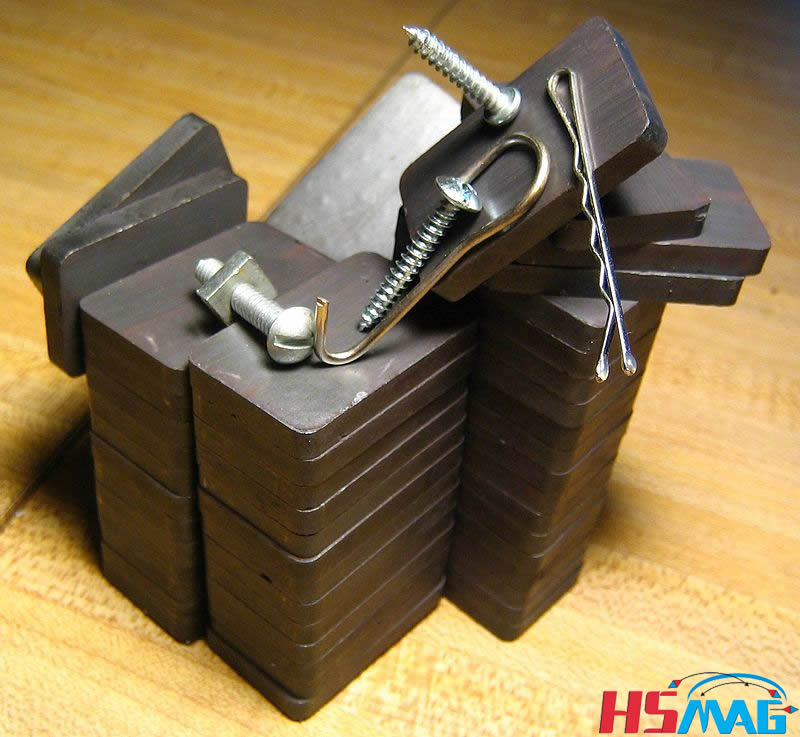 Ferrite magnets are very hard and brittle, and require specialized machining techniques. Moreover, they should be machined in an unmagnetized state. We are equipped to machine these materials to specifications.

Due to their low cost, Ferrite magnets enjoy a very wide range of applications, from motors and loudspeakers to toys and crafts, and are the most widely used permanent magnets today.

Pressing and sintering involves pressing very fine ferrite powder in a die, and then sintering this pressed magnet. All fully dense Ferrite magnets are produced this way. Ferrite magnets can be wet pressed or dry pressed. Wet pressing yields better magnetic properties, but poorer physical tolerances. Generally, the powder is dry for grade 1 or 5 materials, and wet for grade 8 and higher materials. Sintering involves subjecting the material to high temperatures to fuse the pressed powder together, thus creating a solid material. Magnets produced through this process usually need to have some finish machining, otherwise surface finishes and tolerances are not acceptable. Some manufacturers extrude instead of press wet powder slurry and then sinter the material. This is sometimes done for arc segment shapes, where the arc cross-section is extruded in long lengths, sintered, and then cut to length.

Injection Molding: Ferrite powder is mixed into a compound and then injection molded in the same way as plastic.

Tooling for this manufacturing process is usually very costly. However, parts produced through this process can have very intricate shapes and tight tolerances. Injection molded ferrite properties are either lower or about the same as grade 1 Ferrite.

We are able to manufacture metal and other components of finished sub assemblies using our CNC machining facilities.

Assemblies using metal or other components and magnets can be fabricated by adhering magnets with adhesives to suit a range of environments, by mechanically fastening magnets, or by a combination of these methods. Due to the relatively brittle nature of these magnet materials, press fits are not recommended.

The corrosion resistance of Ferrite is considered excellent , and no surface treatments are required. However, Ferrite magnets may have a thin film of fine magnet powder on the surface and for clean, non-contaminated applications, some form of coating may be required.

Ferrite is brittle, and prone to chipping and cracking. Special machining techniques must be used to machine this material. We are fully equipped to machine these materials to your blueprint specifications.

Ferrite magnets require magnetizing fields of about 10 kOe. They can be magnetized with multiple poles on one or both pole surfaces. No special handling precautions are required, except that large blocks of Ferrite magnets are powerful, and care should be taken to ensure that they do not snap towards each other.

Up to about 840F, changes in magnetization are largely reversible, while changes between 840F and 1800 F are re-magnetizable. For all Ferrite magnets, the degradation of magnetic properties is essentially linear with temperature. At 350F, about 75% of room temperature magnetization is retained, and at 550 F, about 50% is retained. 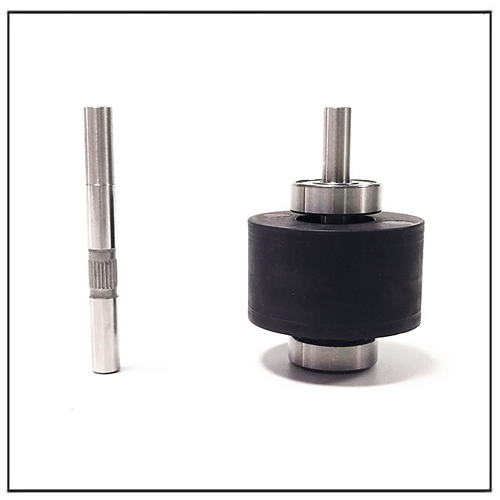 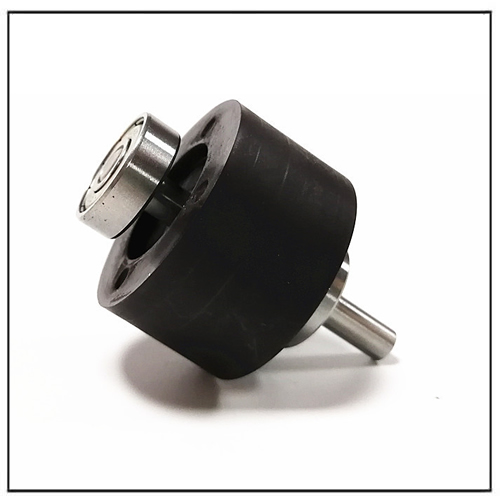 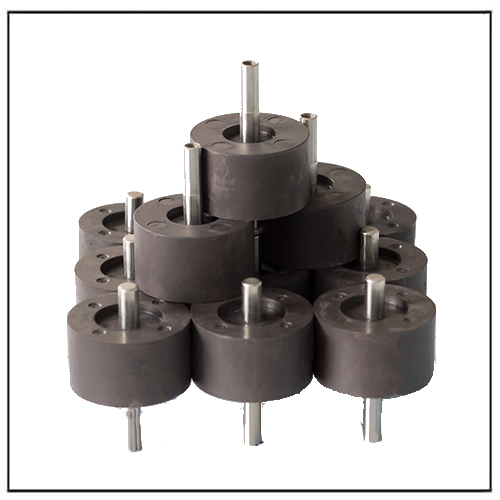 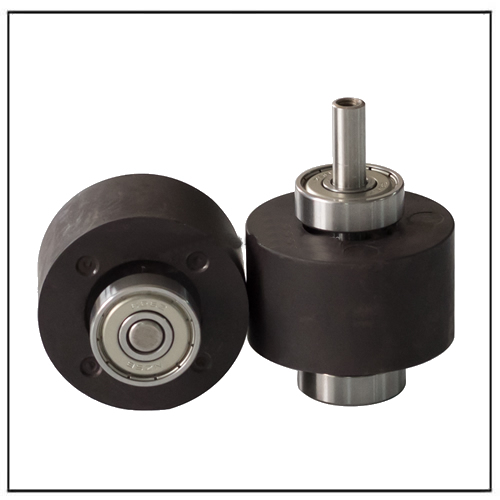 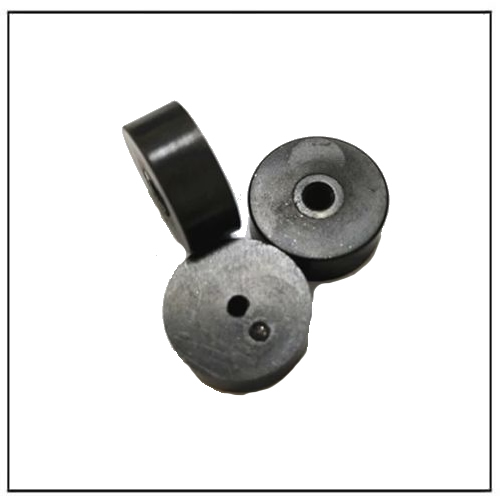 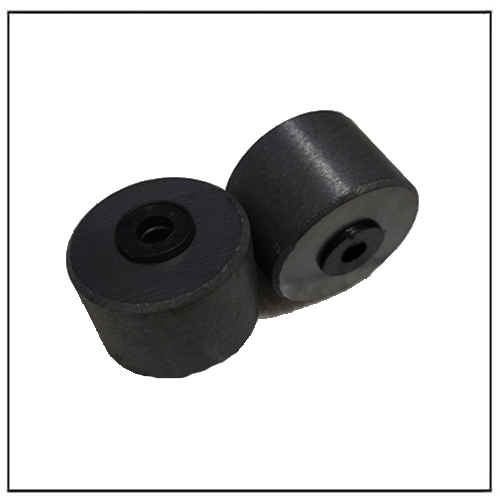 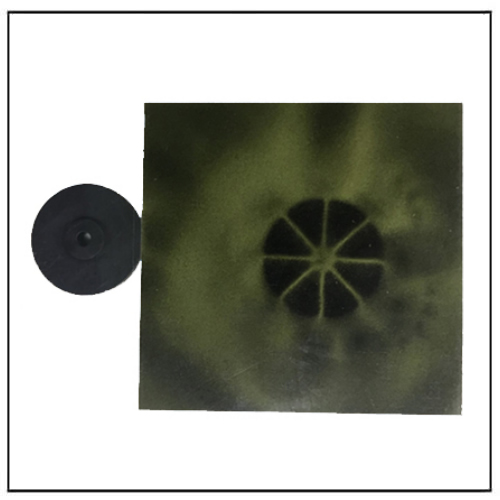 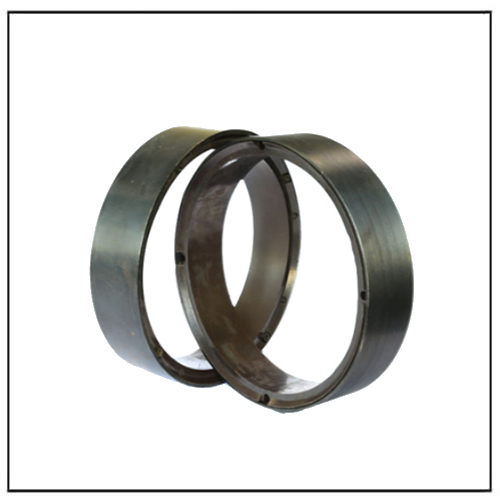 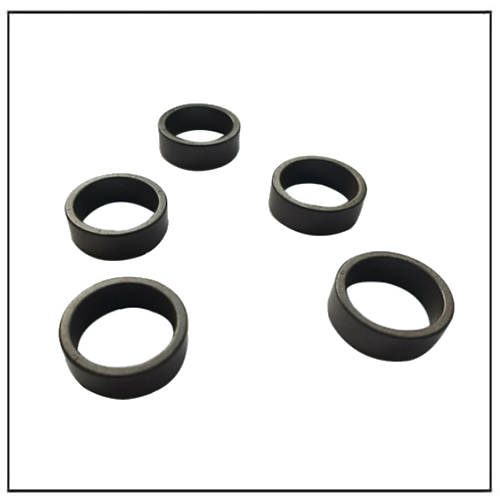 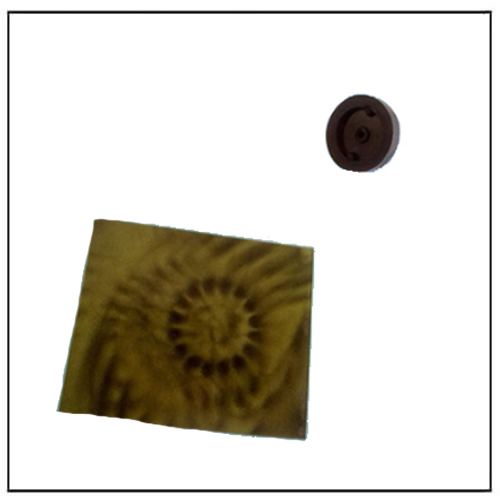 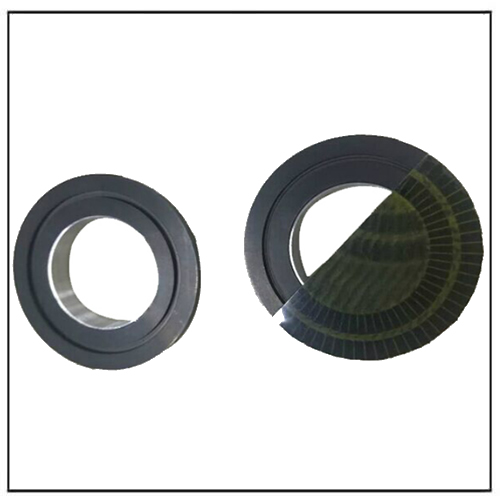 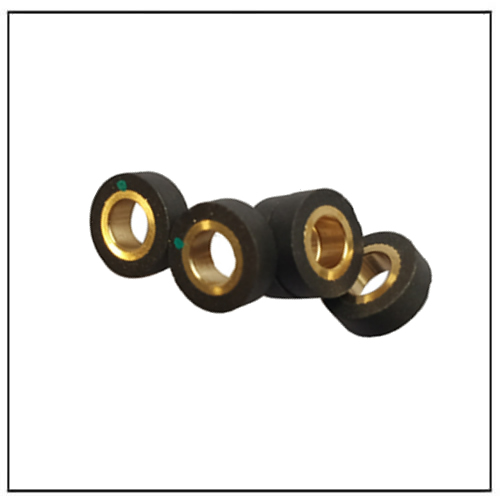 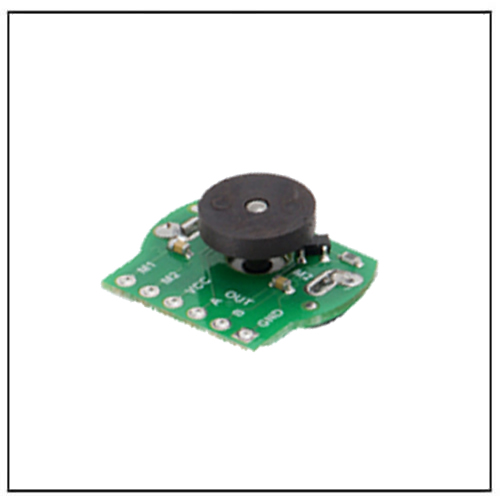 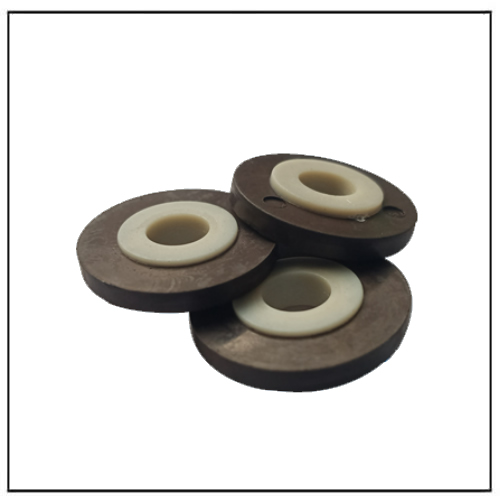 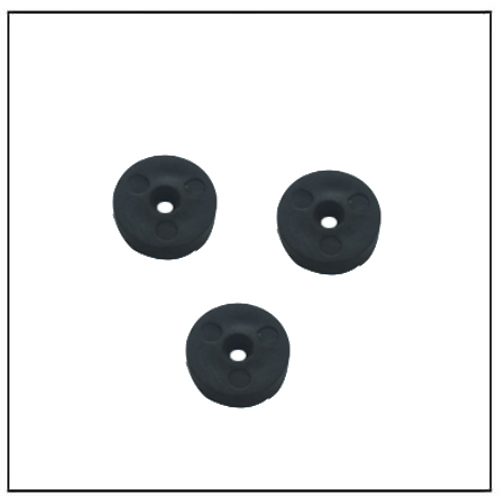 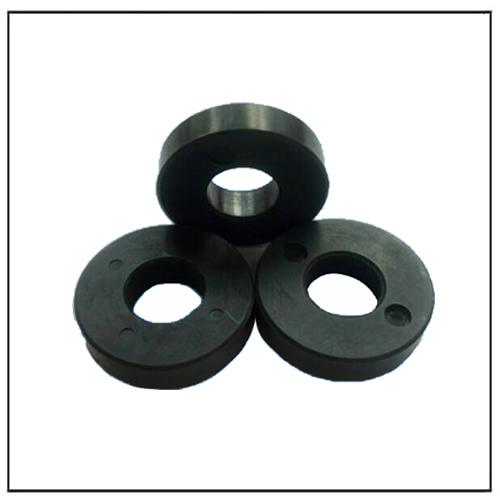 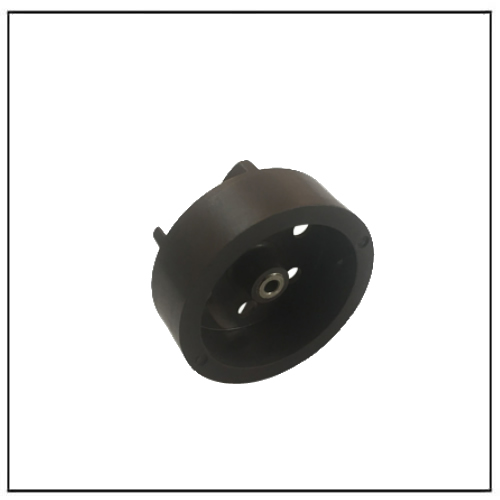 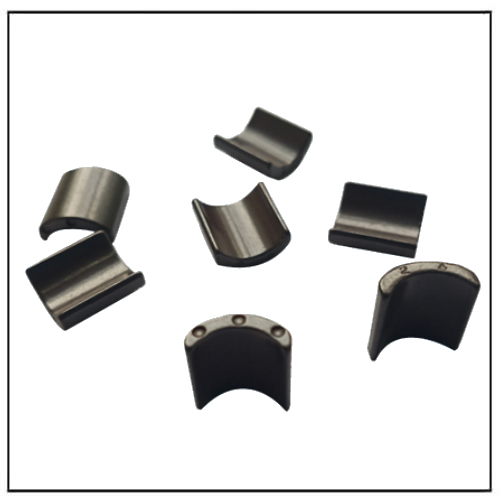 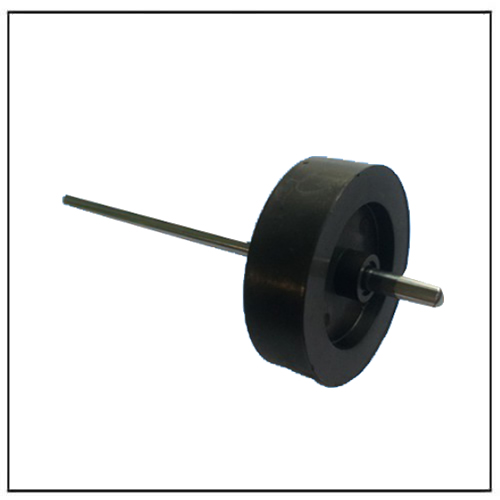 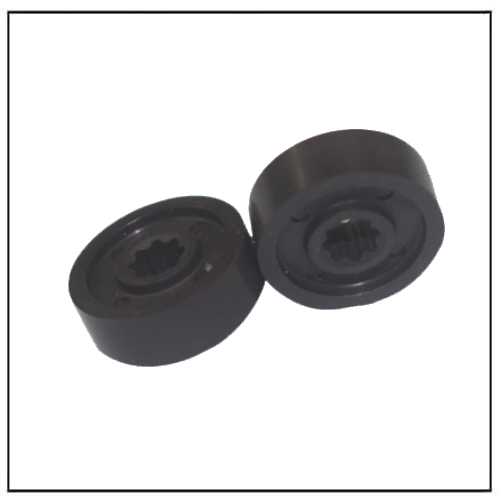