World’s Most Powerful Magnet Under Construction

World’s Most Powerful Magnet Under Construction

Multiply the magnetic field strength of a refrigerator magnet by 2 million and you’ll be in the ballpark of the strength of the magnet that researchers at the National High Magnetic Field Laboratory, based near Florida State University in Tallahassee, are trying to create. When completed later this year, the pulsed electromagnet, located at the lab’s facility at the Los Alamos National Laboratory, in New Mexico, will reach 100 tesla, the holy grail of magnetic field strength. And in another first, if all goes according to plan it will reach that level–about 67 times as high as a typical MRI–without blowing itself to smithereens. 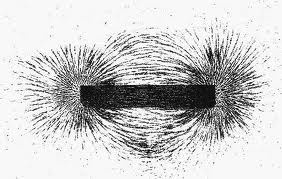 Why would anyone need a magnet that strong? Greg Boebinger, director of the Magnet Lab, says that this magnetic field strength is the only way to test the properties of newly discovered high-temperature superconductors like iron oxyarsenide, which may improve the performance of MRI machines and high-voltage power lines while lowering their cost. A 100â”T magnet would also let you conduct certain zero-gravity experiments without traveling into space and let you develop magnetic propulsion systems that could eventually replace those that burn rocket fuel.

So far, researchers have reached 90 T, proving that the Magnet Lab is on the right track. ”We’ve been running it at the hairy edge,” Boebinger says, referring to the tradeoffs he and his colleagues must make to get the most out of the magnet without destroying it in the process. Researchers have been able to generate magnetic fields stronger than 100 T for years but knew that any such experiment was a one-and-done situation, because these magnets would almost instantly be torn apart by their own forces.

Boebinger says the Magnet Lab is close to reaching the material tensile strength needed to repeatedly break the 100-T barrier. That is no small feat, considering that the US $10 million magnet will have to resist enormous Lorentz forces–the electromagnetic push on electrons that attempts to force them in a direction perpendicular to the flow of current. In a magnet that strong, says Boebinger, these forces are ”equivalent to the explosive force of 200 sticks of dynamite packed into a volume of space the size of a marble.”

The electromagnet will be made of two pieces–a thick, hollow cylinder, called an outsert, that’s 1.5 meters in diameter by 1.5 meters tall, and an insert just big enough to fit inside the outsert’s 225â”millimeter bore. The outsert will be powered by a 1.4â”gigawatt generator and produce fields between 40 T and 44 T, while the insert will draw enough current from a 2-megajoule capacitor bank to generate fields up to 60 T. The outsert is never powered up for more than 2 seconds at a time, during which the insert can deliver multiple 20â”millisecond bursts. Enough energy is transferred during those 2 seconds to raise the magnet’s temperature from the cryogenic cold of liquid nitrogen to nearly 200 °C. It takes an hour to cool the magnet enough to start another round of pulses. Boebinger says the design and composition will allow researchers to get roughly 10 000 pulses out of the $8 million outsert magnet and about 100 pulses before a $20 000 insert magnet is destroyed.

”Simply put, pulse magnets are applied metal fatigue,” says Boebinger. ”The trick is to hold off the breakdown of the bonds between the molecules due to mechanical and thermal stresses for as long as you can.”

Several ingredients in the secret sauce will let this magnet snap back where others have simply snapped. The magnet is made up of nine nested coils of wire. At the heart of the two innermost coils, where Lorentz forces create pressures 30 times as great as those at the bottom of the ocean, researchers have placed state-of-the-art nanoparticle wire composed of 82 percent copper and threaded through with silver strands no more than a few hundred atoms across. The copper-silver combination is stronger than either metal alone by a factor of 100.

From there, things get a little easier, if only on the wallet. ”The further out you go, the lesser the forces are,” says Boebinger, ”so you can afford to use material that is not as strong and not nearly as expensive.”