Will the hard disk drives be affected by the magnet?

Will the hard disk drives be affected by the magnet?

So will the hard disk drives be affected by the magnet?

Hard disk will not be affected

The influence of common specification magnets

The idea that magnets can erase data from hard drives is very popular, especially in movies and TV shows. For example, in “Breaking the Bad”, Walter White tried to destroy the evidence in the hard drive with huge electromagnets. Is the fear of removing data from the hard disk by the magnet outdated? hard disk drives and magnets 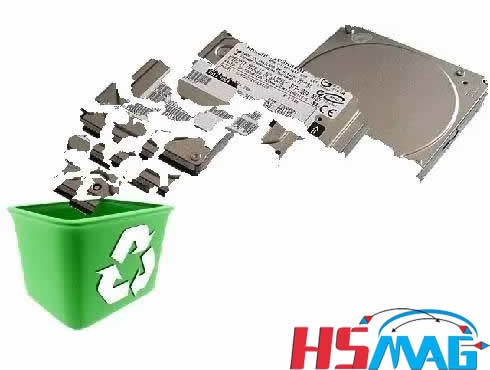 hard disk be affected by the magnet

“Data recorded with magnetic materials can be eliminated by magnets, including cassettes, floppy disks, videotapes, and credit cards. If the data is recorded using magnetic materials, it can be destroyed by magnets,” Matt explained. “In theory, If you directly touch the surface of the hard disk, a magnet with sufficient magnetic strength can destroy the data on the hard disk. However, a neodymium magnet is used inside the hard disk to operate the read/write arm and record data, so the hard disk is not affected by the common specification magnet. For example, holding the magnet close to the outside of the PC chassis will have no effect on the hard drive.”

Relying on magnets to delete data is not reliable

U disk and SSD users don’t have to worry about it. Michael said, “U disk and solid state drives are not affected by strong static magnetic fields.” hard disk drives and magnets

HSMAG Magnetics engineers tried to destroy the data on the hard drive with a neodymium magnet, but the results disappointed them. They placed a large magnet on the side of the running hard disk until it could hear the mechanical friction, indicating that the magnet had caused the internal parts of the hard disk to bend. Despite this, the files stored on the hard drive are still 100% intact. A larger magnet acts on the closed hard drive, and the file is completely unaffected after the hard drive is turned on.

Obviously, most companies use physical methods to destroy hard drives, because relying on magnets to delete data is not reliable.

Do people need to worry about magnets?

The magnet is very awkward

Modern life is inseparable from magnets

Matt said, “At home, we are surrounded by magnets – every computer, speaker, TV, engine, smart phone has magnets. Modern life is inseparable from magnets.” Digital Trends pointed out that the magnet seems to be awkward. hard disk drives and magnets

But it is worth pointing out that people should still be cautious when using strong magnets. Michael explained that “strong magnets are not toys. Recently, there have been reports in the media that magnet toys are swallowed by young children, which poses a serious threat to health. Because magnets attract each other, causing the intestinal wall to be pierced. This situation requires Surgery is immediate.”

How Your Dead Hard Drive Could Save Your Life