Magnetic materials and magnetic fields are all around us but it may come as a surprise to you that the headphones you’re wearing have magnets, too!

Why & How Do Headphones Use Magnets? Headphones act as transducers of energy, converting electrical energy (audio signal) into mechanical wave energy (sound waves). They often do so via electromagnetic induction which requires a conductor (that carries the signal) and a magnetic field that is supplied by magnets.

That’s a quick and easy response. In this article, we’ll discuss magnets and their role in headphones with much more detail to ensure you understand why and how headphones use magnets!

The Role Of Magnets In Headphones

The headphone driver is the key transducer component that turns the electrical audio signals into sound waves for our enjoyment (or displeasure). The simple fact is that most headphone drivers rely on magnets to effectively convert energy.

The role of magnets is to produce a permanent magnetic field that will attract and repulse the electrically charged diaphragm or the conductor that is controlling the diaphragm.

So to answer the question shortly, magnets are required if the diaphragm of a dynamic headphone is to move and produce any sound. 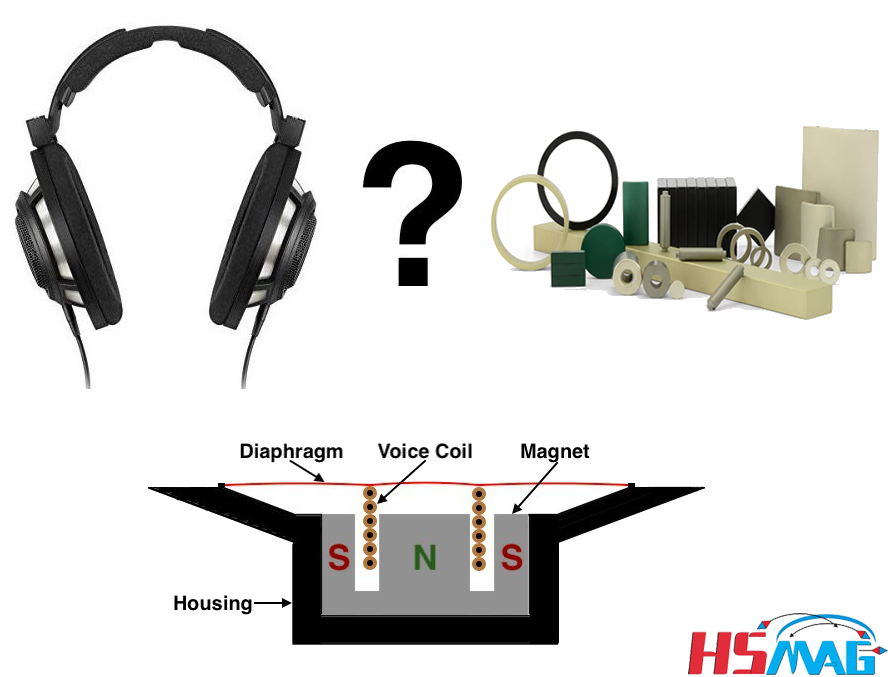 Why & How Do Use Magnets in Headphones

Let us dive further into the role magnets play in headphones.

So if we can pass alternating current (audio signal) through a conductive wire or coil we can produce a magnetic field around it. If this coil is placed in proximity to a magnet, the two magnetic fields will cause the coil and magnet to repel or attract one another.

Moving-Coil Headphone Driver Design
By far the most common headphone driver design is the dynamic moving-coil. Let’s have a look at how the moving-coil driver works to better understand why and how magnets are used in headphones.

Conductive “moving” coil
Diaphragm
Magnetic structure (magnets + pole pieces)
Here is a simplified cross-sectional diagram to get a better picture of the moving-coil drive before we get into how it works:

First off, because this article is about magnets, let’s talk about this oddly shaped magnet and its poles.

The coil itself must have just enough room to move back and forth within a cutaway. Too much distance between the coil and the magnet will reduce the effectiveness of the magnetic “pushing and pulling” of the coil and diaphragm.

So how do we achieve such a magnetic structure? Well, it takes one strong central ring-shaped magnet and a few pole pieces to extend the poles of the central magnet. A cross-sectional diagram is provided below:

Note that the diagram above is not to scale.

So the main magnet (in red) is shaped like a ring (or a thick washer). It has its south pole facing upward and north pole underneath.

A thicker ring-shaped pole piece is used to extend this south pole and provide the boundary just to the outside of the moving-coil.

A disc-shaped pole piece is laid underneath the central magnet to extend the north pole. The north pole is furth extended with a cylindrical pole piece the reaches upward and provides the boundary to the inside of the moving-coil.

Now back to how the driver acts as a transducer.

The audio signal causes forward and backward motion due to its alternating nature. This results in the coil moving in accordance with the audio signal. 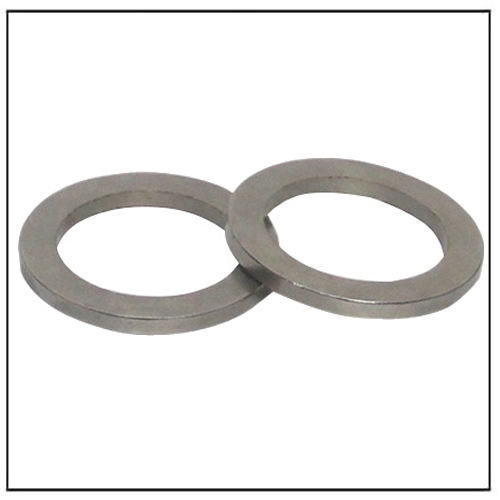 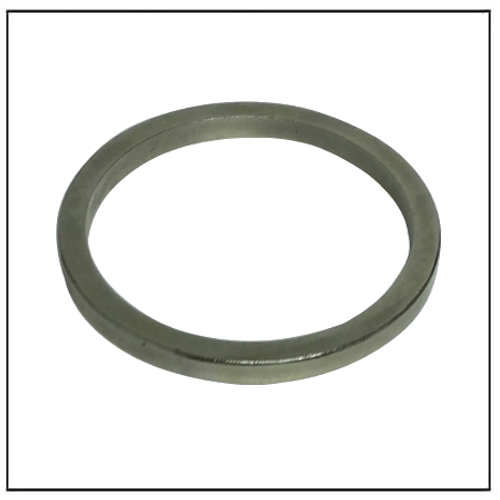 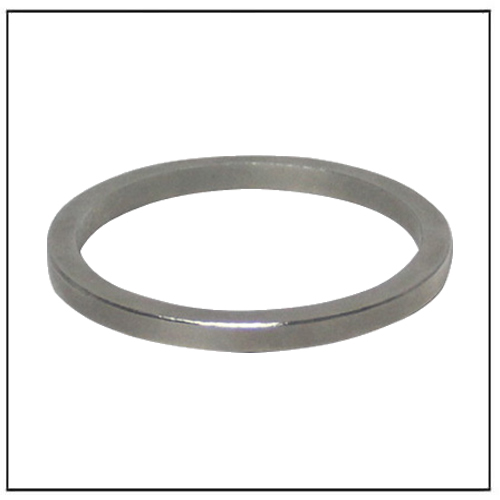