Gold, silver, copper, and iron are all metals. Why do magnets only attract iron?

It is a well-known phenomenon that a magnet will attract iron. I believe that everyone has tried to use a magnet to approach other metals to see if the magnet can attract them. However, the “experimental results” are often disappointing. Because common metals such as gold, silver, and copper are not attracted by magnets at all.

Gold, silver, copper, and iron are all metals. Why do magnets only attract iron? This needs to start from the internal structure of the atom.

Inside the atom, the arrangement of electrons is very regular. We can simply understand that there are several “shells” outside the nucleus. The closer to the “shell” of the nucleus, the lower its energy level , and electrons will always tend to fill the “shell” with a lower energy level.

According to the description of quantum mechanics, in the “shell” filled with electrons, electrons are always arranged in pairs, but due to the restriction of “Pauli exclusion principle”, they are not allowed to be in exactly the same state , in this case, the directions of the magnetic fields generated by them are opposite, and the superposition effect is to “cancel each other out”.

Therefore, it can be said that if an atom wants to exhibit magnetism as a whole, its outermost “shell” cannot be full of electrons, and among the many known elements, only some of them can meet this condition, such as the element The “transition elements” in the periodic table.

It can be seen that gold (Au), silver (Ag), copper (Cu) and other metal elements are “transition elements” like iron (Fe), so why is only iron attracted by magnets? Let’s move on.

In most cases, a large number of “magnetic domains” gather together, and the magnetic field directions of each “magnetic domain” cannot be kept consistent as a whole, so their superimposed effects will “cancel each other out”, so common iron objects Usually also does not exhibit magnetism. 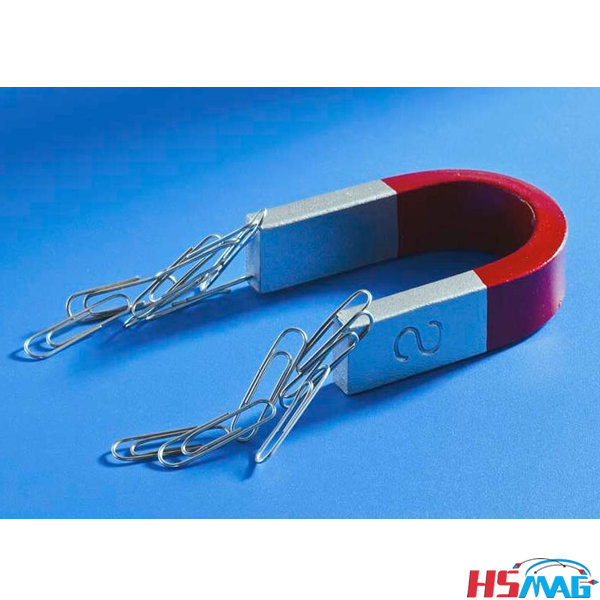 Why do magnets only attract iron

After being “magnetized”, there will be electromagnetic interaction between the iron object and the magnet, and thus attract each other, so the phenomenon of “iron will be attracted by the magnet” appears.

Except for a very few elements such as iron, nickel, and cobalt, most of the other “transition elements” (including gold, silver, and copper) do not have the quantum of “exchange interaction” when they form crystals. effect, so in the metal composed of these elements, the directions of the magnetic fields of each atom are chaotic, so the superposition effect of these atomic magnetic fields appears to “cancel each other”, so that there is no magnetism at the macroscopic level, and there is no will be attracted by a magnet.