There are all kinds of radiation in the world we live in: from cosmic rays that travel through galaxies, nuclear fuel from nuclear power plants to granite floor tiles at home, from hospital X-ray machines to ultraviolet rays in the sun, from cell phones, microwave ovens, high-voltage lines. To the signal tower of the TV station, the radiation is ubiquitous, and it is likely to become the object of fear of radiation everywhere. Some people are very afraid of “radiation”, you can even buy “anti-radiation maternity dress” and “radiation-proof sheets” specially used to shield radio waves. There are also various rumors such as “earworm radiation protection”, “cactus radiation protection”, “bottled mineral water radiation protection”, “drinking yogurt anti-radiation” and so on. So, how much do we know about radiation? Can these radiation-proof equipment really protect against radiation? 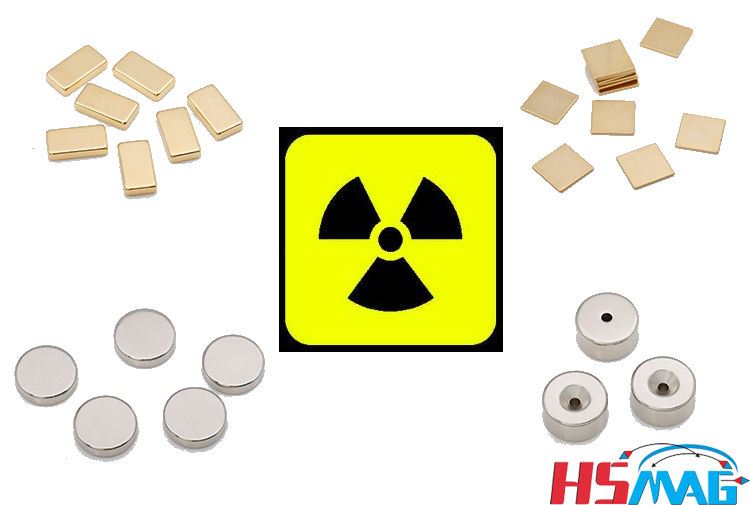 We are constantly exposed to all kinds of nuclear radiation. In the three kinds of rays in which the radioactive element decays, the two rays of alpha and beta travel in the air are relatively short. The close contact with radioactive elements has no effect on the human body. “radiation protection suit” and ordinary clothing for the human body Both types of external rays have a certain protective effect. But in fact, the water we drink, the air we breathe, contain a small amount of radioactive elements, such as a certain amount of carbon 14 in the air (beta decays into nitrogen 14), groundwater and traces of earthworms in the soil, and so on. So in fact, we have a considerable amount of radioactive elements in our bodies, giving us nuclear radiation from the inside out. Not to mention the highly penetrating gamma rays, as well as the large amount of secondary radiation generated by the high-energy cosmic radiation falling from the sky. The so-called “radiation protection suit” does not protect against these radiations, and it is impossible and unnecessary to completely isolate these radiations. This part of the nuclear radiation that people receive is generally called natural radiation or natural background radiation.

How is nuclear radiation harmful to living organisms? There are a large number of various molecules in the living body, and the chemical bonds inside the molecules are generally two to ten electron volts. The various microscopic particles of nuclear radiation carry higher energy than the bond of chemical bonds, so there is a certain possibility of destroying the chemical bonds of molecules in the human body, resulting in changes in the properties of the molecules. In most cases, after the individual molecules in the cell are destroyed and lose their physiological activity, or the whole cell is damaged and died, it will be quickly decomposed and absorbed by the human body and reused without causing major harm. The damage caused by nuclear radiation to living organisms is used for sterilization at room temperature in food production. After high-intensity radiation, the food can ensure that most of the bacteria are killed. Radiation therapy (radiation therapy) for treating cancer is another application. By performing high-intensity radiation treatment on cancerous sites, cancer cells (including normal cells) are killed in large numbers to achieve cancer suppression.

In rare cases, this damage can cause changes in the genes on the chromosomes in the cell. If the genes of the germ cells are changed, it is possible to obtain new traits if normal offspring can be produced. Space breeding and radiation breeding use high-intensity radiation to treat seeds, and then screen and cultivate them from seeds that can be germinated after high-intensity radiation to obtain new varieties with better performance. Since new genes and new varieties produced by natural radiation also play an important role in the evolution of organisms, maintaining a low level of radiation is beneficial to the evolution and development of biological populations.

Of course, this kind of damage may also lead to changes in normal somatic genes. If the changes cannot be repaired and the cells are still alive, there may be cases where the cells are uncontrolled to replicate and become cancer cells. Therefore, receiving high-intensity nuclear radiation for a long time is likely to cause cancer. However, if the intensity of the radiation received is not large, you do not have to worry. As mentioned before, the daily exposure to nuclear radiation cannot be completely isolated. Such dangers are always difficult to avoid, and fears are useless. There is no need to be too fearful. Try to avoid contact with strong nuclear radiation. For example, you should be careful of radioactive marble floors and avoid direct contact with nuclear materials. Mrs. Curie died of leukemia, and Deng Jiaxian died of rectal cancer, which may be related to their long-term exposure to radioactive materials.

The table below lists some of the radiation data related to life. Unless otherwise stated, the data are from . Data from different sources may differ slightly in detail, but the general order of magnitude should be consistent. The data is used to measure the damage (dose equivalent) of radiation to living tissue. The unit is Sv (Sievert, translated as Sev or Swarth), and one Sv is equal to one joule per kilogram. The unit in the table is relatively small, actually it is milli (thousands). One of the points) Sv. As can be seen from the table, in addition to the aviation and mining industries, workers in the high-radiation industry are exposed to less radiation than natural radiation. The radiation received by nuclear power plant personnel is 1.12 mSv per year, and the radiation received by residents around nuclear power plants is generally considered to be much smaller. Understanding these data makes it easy to understand that there is no need to worry about the radiation around the nuclear power plant and in the flight.