Over the course of little more than a month, we removed 54 tiny toy magnets from the digestive systems of four children. They were lucky: Despite invasive procedures and operations to repair holes in their intestines, their injuries were treated in time, and they will make full recoveries.

In the past, others across the nation have not been so fortunate. These tiny magnets have been linked to many serious injuries and at least one death. If urgent measures aren’t taken to prevent access to these dangerous toys, we fear that history may soon repeat itself.

Rare-earth toy magnets, marketed under names like Zen Magnets and DigiDots, are composed of tiny, high-powered magnetic balls or cubes, some smaller than the tip of a ballpoint pen. The shiny and colorful pieces, sold in sets of up to 200, can be 30 times stronger than a standard kitchen magnet, making them the most powerful commercially available permanent magnets. The sets can be contorted into fun and interesting shapes, making these sets appealing to individuals of all ages. 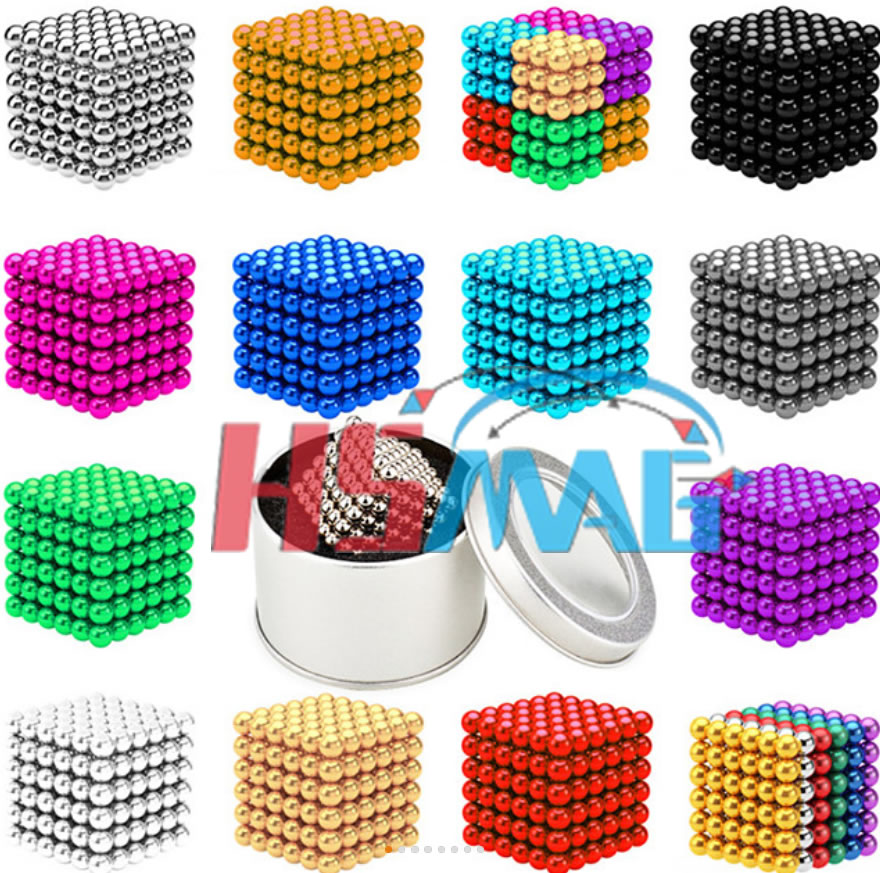 Toy Magnets Need to be Banned for Good.

When two of the magnets are swallowed, however, their powerful attraction can damage the digestive system. It’s even worse with multiple magnets. A tiny magnet in one loop of the bowel will “find” another magnet in a different loop and pull the two together. This traps parts of the digestive system between magnets, cutting off blood flow to the trapped section, and rapidly killing intestinal tissue. This, in turn, can create abnormal holes between intestinal segments, allowing the contents of the intestines to spill freely into the belly. That can lead to serious infections, lifelong digestive disorders, or even death.

In 2014, following the injury and hospitalization of hundreds of children nationally, the U.S. Consumer Product Safety Commission deemed toy magnets and games made from rare-earth elements a safety risk and recalled them from the market.

A 2016 decision by the 10th Circuit Court of Appeals to vacate the order, however, put these dangerous toys back on store shelves and into homes across the country.

Are these products any safer than they were six years ago? Does the required safety warning on the packaging of rare-earth toy magnets do enough to mitigate risk?

Based on our recent experiences at Doernbecher Children’s Hospital, a teaching hospital associated with Oregon Health and Science University, the answers are unequivocally no and no.

A recent study published in the journal Pediatrics found that over the past two decades, the rate of foreign-body ingestions by children younger than age 6 nearly doubled, and the number is likely to increase approximately 4 percent annually.

A 2-year-old girl was admitted through accident and emergency room with a short history of abdominal pain. The initial clinical and laboratory assessment of patient was unremarkable and a plain X-ray of abdomen showed 26 pieces of rare-earth magnets joined to each other in linear fashion in the left upper quadrant (Figure 1(a)). Further exploration from parents revealed that prior to this she was playing with a box of rare-earth magnets with her 5-year-old brother. The patient was kept under close observation and a repeat abdominal X-ray after 6 hours showed that all pieces of rare-earth magnets still joined together and are present in the left upper part of abdomen. After 12 hours, the patient developed vomiting and showed tachycardia, mild dehydration, and guarding in the midabdomen. Another X-ray of abdomen showed 26 magnetic pieces forming a ring in the left upper abdomen with no pneumoperitoneum and/or obstructive bowel pattern (Figure 1(b)). After discussion with parents, the child was taken to operating room for laparoscopy and proceeds to remove the magnets. Laparoscopy showed multiple small bowel loops adherent to each other forming a mass in the left upper quadrant. The procedure was converted to open through umbilical port site. On careful examination, it was observed that loops of jejunum are entrapped in between multiple magnetic pieces inside the jejunum resulting in pressure necrosis and perforation of jejunum at two sites (Figure 2). Through this enterotomy site, 14 pieces of magnets were retrieved and the remaining 12 pieces were not palpable in the small and large bowel. A table X-ray showed these missing pieces of magnets in the stomach, which were palpated and retrieved through a gastrostomy. Her postoperative course was unremarkable and she was reviewed in clinic after 2 weeks. Six months after initial surgery, the patient was brought back to accident and emergency room with symptoms of bowel obstruction, which was confirmed by the radiology images. After adequate resuscitation and a period of observation, the patient was taken to operating room for emergency reexploration of abdomen, which showed multiple adhesions resulting in bowel obstruction requiring adhesiolysis. The patient’s postoperative recovery was slow and was discharged after full recovery. She has been reviewed in our follow-up clinic and has remained stable. 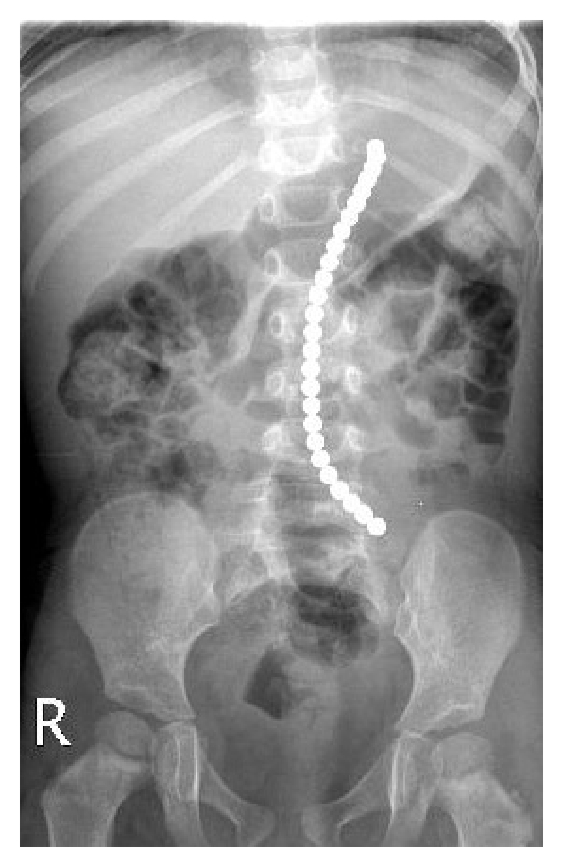 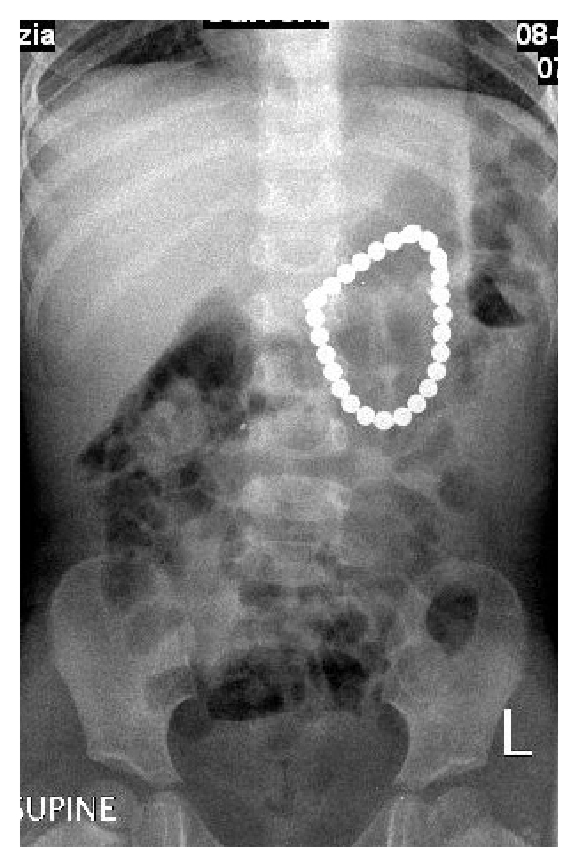 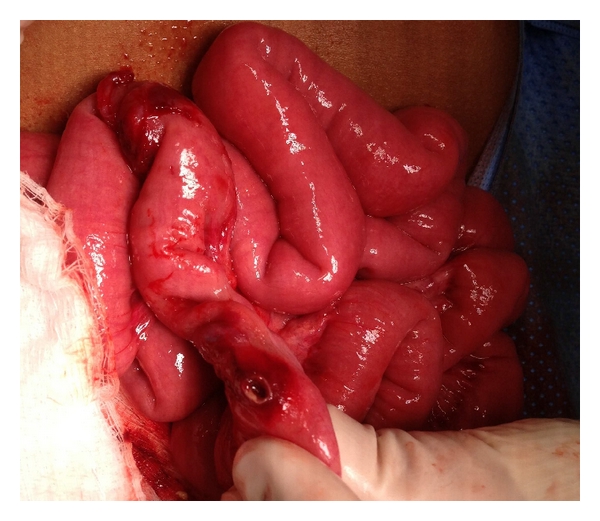 Figure 2: Operative findings of the same patient showing loops of jejunum, which were entrapped in between multiple rare-earth magnets resulting in pressure necrosis and bowel perforation.

A 4-year-old boy had mild occasional abdominal pain 3 days after ingestion of rare-earth magnets while playing. He was brought to accident and emergency room and his initial examination was unremarkable. A plain X-ray of abdomen showed 5 pieces of rare-earth magnets in the right lower quadrant joined together (Figure 3). The patient was admitted and parents were informed about the risks related to rare-earth magnet ingestion and offered early surgical intervention to retrieve the magnets but the family refused and opted to observe the spontaneous passage. After 24 hours of observation, the parents were counseled again for potential risks and after that the child was taken to operating room where initial laparoscopy revealed adhesive loops of small bowel and a perforation in the distal ileum. The procedure was converted to open through supraumbilical port site and 5 pieces of rare-earth magnets were retrieved through the perforated ileum. Patient’s postoperative course was uneventful and he has been reviewed regularly in the follow-up clinic. 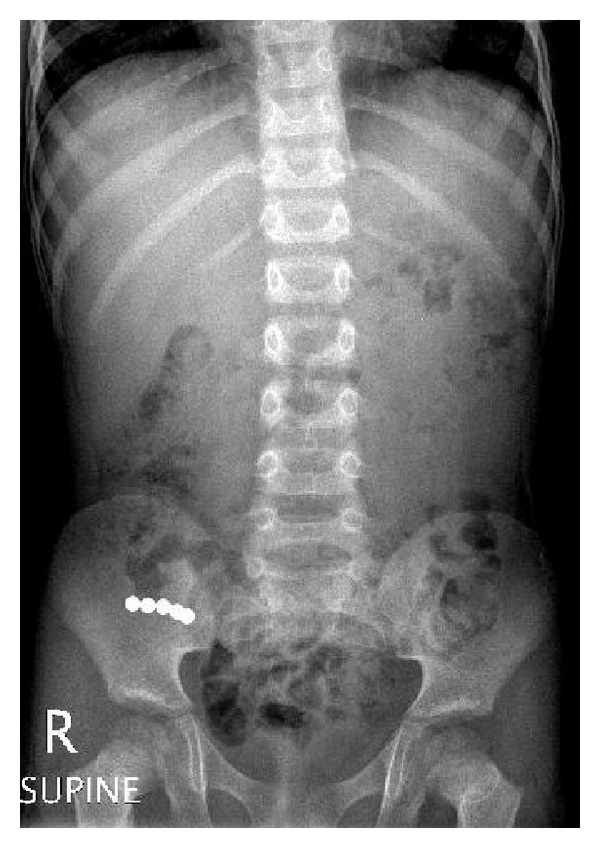 Multiple magnet ingestion in young children poses a serious health risk . When ingested inadvertently, a single piece of rare-earth magnet is expected to behave like other foreign objects and often observed to pass spontaneously, whereas ingestion of multiple magnet pieces is known to cause potential complications. New generation of powerful rare-earth magnets consists of alloys of neodymium iron boron or samarium cobalt, which results in strong magnetic force. These magnets are capable of attracting each other through up to 6 layers of bowel wall and are strong enough to reposition the intestines in order to meet. In one reported case, a 2-year old died of sepsis before rare-earth magnet ingestion was discovered and treated. In our study, both children developed bowel perforations in a short period of time after ingestion of magnets possibly due to pressure necrosis of trapped bowel in between forceful magnetic attraction of rare-earth magnets. Both children required emergency surgery to remove multiple pieces of magnets. Even though the recovery from initial surgery was smooth in both cases, one patient represented within six months with bowel obstruction requiring second surgery. This highlights that the early intervention to remove multiple pieces of such powerful magnets may not reduce the high risk of complication related to ingestion of rare-earth magnets.

The number of magnets ingested by children has been described from 2 to 5 and only in few cases the incident of ingestion has been reported to be witnessed. In our study, one child ingested 26 and other 5 pieces of magnets and parents of both children were not aware of the ingestion. It is anticipated that, due to young age and lack of witness, the time interval between the ingestion and the date of intervention varied, which may have contributed to the perforation and fistula formation. Other contributory factors include the nature of magnets as recently engineered magnets contain iron, boron, and neodymium powders that are five to 10 times stronger than plain iron magnets. Therefore, the bowel walls that are compressed between these strong magnets nearly disappear resulting in fistula formation, leakage, and peritonitis.

Children are curious by nature. Their innate interest in exploring the world through their senses, including taste and touch, is not going to change.

To prevent the known harms associated with high-powered, multi-piece toy magnet sets, the Consumer Product Safety Commission needs to reissue its recall order to halt further harm and also establish a strong, mandatory safety standard for small, rare-earth magnet sets without delay. Removing these toys from store shelves is a good first step, but it is not enough. The addition of a safety standard would prevent future occurrences by preventing these dangerous products from coming back.

Although these magnets seem like toys, they are inherently dangerous and impossible to childproof. The clock is ticking. No more children should have to suffer before we once again get these hazards out of reach. And this time we need to be sure they are gone for good.