“Toy” Magnets Are Dangerous for Children

“Toy” Magnets Are Dangerous for Children

Sets of tiny, strong magnets were sold as adult toys but often were swallowed by children, resulting in serious injury and even death. The magnets, or a magnet and another metal object, stuck to each other, even through folds of intestine or tissue. This pinched off blood supply to the area, causing tissue death, bleeding, and infection.

Were you fascinated by magnets as a child? The invisible, magical force between them that either slapped them together or never let them meet, no matter how hard you tried? You could play with them for hours, twirling them in your hands, taking them apart and putting them together again, letting them slide across the floor or table towards one another. Like many children, you probably didn’t know that swallowing magnets could hurt you. But back then, most magnets were too big to swallow anyway. 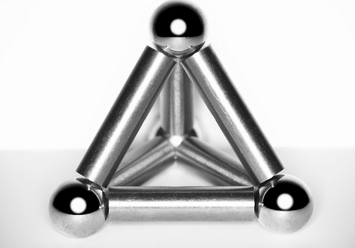 Today, magnets are very common, much more powerful, and even more appealing to children than they used to be. They are shiny, smooth, round, small and colorful. Often sold in packs of many tiny magnetic beads, they were marketed as fun toys for older children, teenagers and even adults. These small, powerful magnet sets are extremely attractive to children. And, they are extremely dangerous to swallow.

For children, magnets also may be available as toy building sets where the magnet pieces are covered by plastic in various shapes. Magnets were commonly marketed for teenagers and young adults as fake jewelry and piercings. Poison Control receives a lot of calls after people swallow these fake, magnetic tongue piercings; the magnets were slippery when covered with saliva!

The most common magnets for children to swallow are those marketed for adults. These small, high-powered magnet sets are sold as sculptures, stress relievers and as desk toys to help with office boredom. Sets of more than 200 tiny magnetic balls can be molded into many different shapes. Until recently, they were widely available for purchase in a variety of stores and over the Internet. 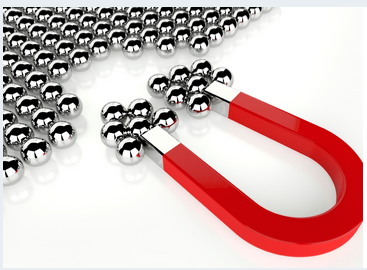 More and more children have been swallowing the tiny “adult toy” magnets, leading to severe injury and even death. When a child swallows two or more magnets, the magnets can attract and meet each other within the child’s body, causing digestive tissue to be trapped between them. This cuts off blood supply to the stomach or intestines. These internal injuries can be life-threatening. The same thing can happen when a child swallows even one magnet and an object that can be attracted to it, like a coin or button cell battery.

The United States Consumer Product Safety Commission (CPSC) reports that ingestion of magnets from magnet sets led to 1,700 visits to the hospital from 2009-2011. The majority of the patients were children. Some required surgery to remove the magnets. A few had permanent damage to the digestive tract. To date, one child has died.

Even though adult magnet sets carry warning labels, a growing number of children are being severely injured after swallowing these magnets. For this reason, magnet sets have been pulled from the market.

Swallowing magnets is a serious, life-threatening matter. Prevention is key. Children often do not report what they did. Signs and symptoms of swallowing magnets can often be mistaken for a viral illness. They may include nausea, vomiting, abdominal pain and fever.

Here are some important tips to avoid poisoning:

-If magnet sets are used in the home, store them in a locked cabinet or box out of reach of children and pets. Be sure to discard them safely, too.
-Magnet sets should also be kept away from older children and individuals with developmental delay or the elderly with memory impairment.
-Choose refrigerator magnets that are large enough they cannot be swallowed or pose a choking hazard to children.
-Avoid the use of magnetic beads as fake body piercings.
-After use of magnets, count each piece to make sure none are missing.