Except for behavior due to the force of gravity, nearly every occurrence in daily life stems from the electromagnetic force. It is responsible for the interactions between atoms and the flow between matter and energy. The other fundamental forces are the weak and strong nuclear force, which govern radioactive decay and the formation of atomic nuclei.

Since electricity and magnetism are incredibly important, it’s a good idea to begin with a basic understanding of what they are and how they work.

Familiar examples of electricity include lightning, electrical current from an outlet or battery, and static electricity. Common SI units of electricity include the ampere (A) for current, coulomb (C) for electric charge, volt (V) for potential difference, ohm (Ω) for resistance, and watt (W) for power. A stationary point charge has an electric field, but if the charge is set in motion, it also generates a magnetic field. 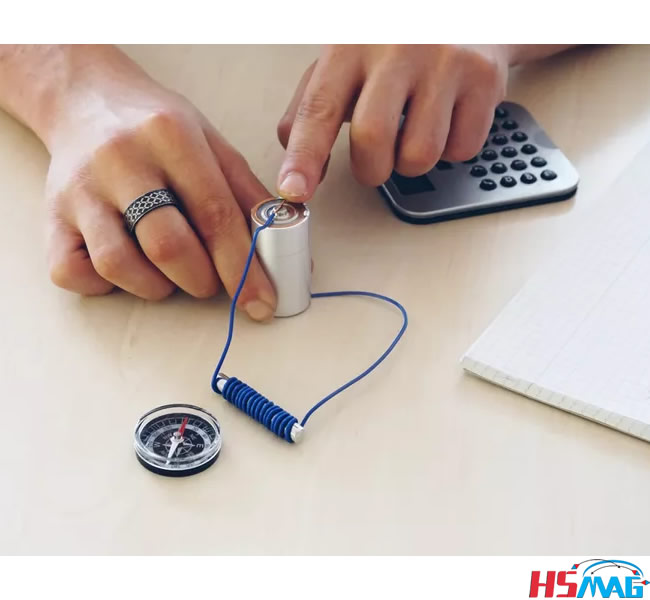 Magnetism is defined as the physical phenomenon produced by moving electric charge. Also, a magnetic field can induce charged particles to move, producing an electric current. An electromagnetic wave (such as light) has both an electric and magnetic component. The two components of the wave travel in the same direction, but oriented at a right angle (90 degrees) to one another.

Like electricity, magnetism produces attraction and repulsion between objects. While electricity is based on positive and negative charges, there are no known magnetic monopoles. Any magnetic particle or object has a “north” and “south” pole, with the directions based on the orientation of the Earth’s magnetic field. Like poles of a magnet repel each other (e.g., north repels north), while opposite poles attract one another (north and south attract).

The Fundamental Principles of Electromagnetism

The word electromagnetism comes from a combination of the Greek works elektron, meaning “amber” and magnetis lithos, meaning “Magnesian stone,” which is a magnetic iron ore. The ancient Greeks were familiar with electricity and magnetism, but considered them to be two separate phenomena.

The relationship known as electromagnetism wasn’t described until James Clerk Maxwell published A Treatise on Electricity and Magnetism in 1873. Maxwell’s work included twenty famous equations, which have since been condensed into four partial differential equations. The basic concepts represented by the equations are as follows: