As is known to all, since the AlNiCo magnets came out in the 1930 s, was widely used in many areas. Especially in the ’60 s to reach peak, the world has an annual capacity of 40000 tons of AlNiCo magnet, but by the 70 s began to gradually by cheap ferrite permanent magnet, the impact of the late 80 s and the fierce competition in NdFeB, AlNiCo magnet in the permanent magnet markets around the world share fell sharply, was about people call it “sunset industry”. However, because the AlNiCo magnets has unmatched by other permanent magnet material excellent temperature stability Qualitative and temporal stability will continue to be used in instruments and other industries for a long time, playing an irreplaceable role. China’s AlNiCo industry develops steadily with the advantage of cheap labor force and the support of national policies. 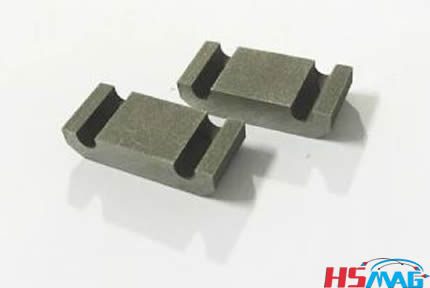 ALNICO magnet is mainly composed of Aluminum, Nickel and Cobalt. Because of its excellent temperature stability (up to 500℃), low Br. Temp. coefficient, good resistance to demagnetization from vibration and shock, high residual density and magnetic stability, ALNICO magnet is widely applied to generator, lifting, microphone, voltmeters and measuring instruments.

Product details:
There are two different manufacturing processes for ALNICO: cast and sintered ALNICO. Sintered ALNICO has slight lower magnetic properties, but better mechanical strength than cast ALNICO. So it is easier to process small and irregular shaped products. Cast ALNICO permits high temperature operation (up to 500 ℃). Although other materials offer greater energy (BHmax) and coercivity values(iHc), the high remanence and thermal stability of ALNICO makes it the most cost effective material for certain application.

HS Magnets vs Other Magnets Quality