The relationship between electricity and magnetism wasn’t thoroughly studied until 1873 when physicist James Maxwell observed the interaction between positive and negative electrical charges. Through continued experimentation, Maxwell determined that these charges can attract or repel each other based on their orientation. He was also the first to discover that magnets have poles, or individual points where the charge is focused. And, important for electromagnetism, Maxwell observed that when a current passes through a wire, it generates a magnetic field around the wire. 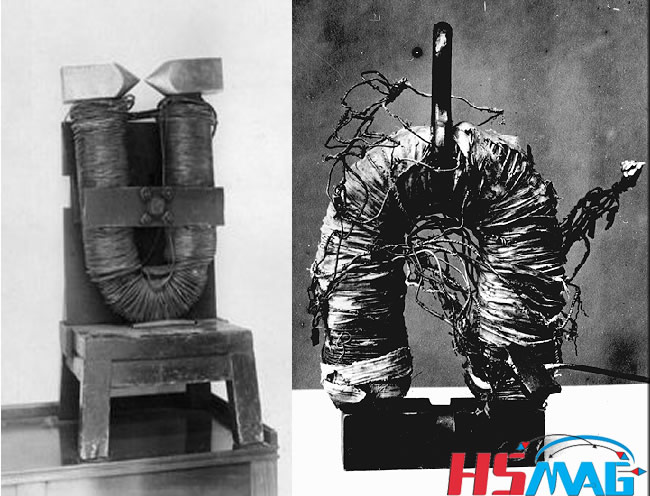 Maxwell’s work was responsible for many of the scientific principles at work, but he wasn’t the first scientist to experiment with electricity and magnetism. Nearly 50 years earlier Hans Christian Oersted found that a compass he was using reacted when a battery in his lab was switched on and off [source: Gregory]. This would only happen if there were a magnetic field present to interfere with the needle of the compass, so he deduced that a magnetic field was generated from the electricity flowing from the battery. But Oersted gravitated toward the field of chemistry and left the research of electricity and magnetism to others [source: Mahon].

The granddaddy of electromagnetism is Michael Faraday, a chemist and physicist who architected many of the theories later built upon by Maxwell. One reason Faraday is so much more prominent in history than Maxwell or Oersted is probably due to his being such a prolific researcher and inventor. He is widely heralded as a pioneer in the area of electromagnetism, but he is also credited with discovering electromagnetic induction, which we will discuss later when we explore some real-world applications. Faraday also invented the electric motor, and besides his influential work in physics he was also the very first person to be appointed the prestigious position of Fullerian Professor of Chemistry at the Royal Institution of Great Britain. Not too shabby.