A motion sensors is a device that detects physical movement on a device or within an environment. It has the ability to detect and capture physical and/or kinetic movements in real time.
A motion sensor is also known as a motion detector.

A motion sensor (or motion detector) is the linchpin of your security system, because it’s the main device that detects when someone is in your home when they shouldn’t be. A motion sensor uses one or multiple technologies to detect movement in an area. If a sensor is tripped, a signal is sent to your security system’s control panel, which connects to your monitoring center, alerting you and the monitoring center to a potential threat in your home.

The following guide will answer all your questions about motion sensors: the different types, technology used, proper placement, and how to use and install them. 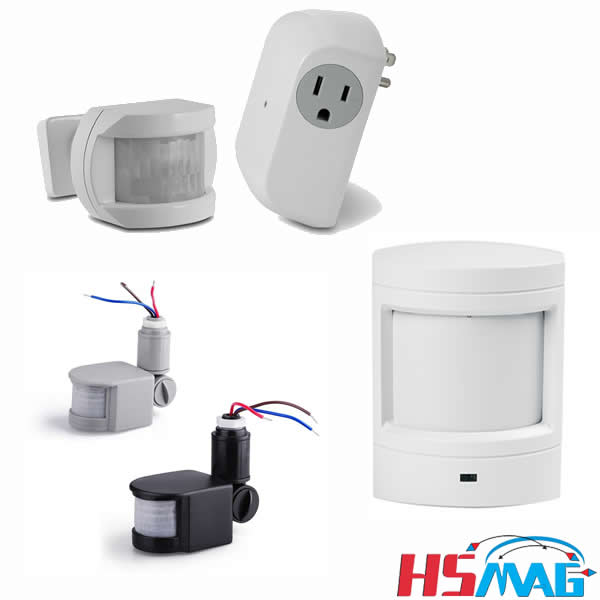 Techopedia explains Motion Sensor
A motion sensor is a type of electronic sensor. It is usually embedded within consumer-end devices such as:
Smartphones
Smart TVs
Tablet computers
Physical security systems
Depending on the ability of the motion sensor, it can detect motions within the device in which it is integrated or the surrounding environment. It is usually connected with a system or software that processes the motion into an action or information. For example, in smart phones, motion sensors are primarily used to take input from users in supported games and other applications.

The Role of Motion Sensors in Your Home Security

The main purpose of motion detection is to sense an intruder and send an alert to your control panel, which alerts your monitoring center. Sensors work when you are not home, or when you tell the system you are not there. Some security systems can be programmed to record events via a security camera when motion is detected.

Motion sensors stand guard, ready to react to various situations, such as movement in your living room, windows or doors being opened or closed, or a broken window.

Motion sensors can:
Alert you in the event that your teen breaks curfew
Trigger a doorbell when someone approaches the front door
Alert you when kids enter restricted areas in the home, like the basement, workout room, or medicine cabinet
Save energy by using motion sensor lighting in unoccupied spaces
Notify you if pets enter areas where they’re not supposed to be

IMUs
Inertial Measurement Units are designed for use in mobile applications like AR or indoor navigation.

ABSOLUTE ORIENTATION SENSOR
9-axis Absolute Orientation sensors can be found, for example, in the field of AR, Human-Machine Interface (HMI) and Location-Based Services.

Passive Infrared (PIR)
Detects body heat (infrared energy). Passive infrared sensors are the most widely used motion in home security systems. When your system is armed, your motion sensors are activated. Once the sensor warms up, it can detect heat and movement in the surrounding areas, creating a protective “grid.” If a moving object blocks too many grid zones and the infrared energy levels change rapidly, the sensors are tripped.

MircoWave (MW)
Sends out microwave pulses and measures the reflection off a moving object. They cover a larger area than infrared sensors, but they are vulnerable to electrical interference and are more expensive.

Dual Technology Motion Sensors
Motion sensors can have combined features in an attempt to reduce false alarms. For example, a passive infrared (PIR) sensor could be combined with a microwave sensor. Since each operates in different areas of the spectrum, and one is passive and one is active, Dual Technology motion sensors are not as likely as other types to cause false alarms, because in order for the alarm to be triggered, both sensors have to be tripped. However, this does not mean that they never cause false alarms.

Area Reflective Type
Emits infrared rays from an LED. Using the reflection of those rays, the sensor measures the distance to the person or object and detects if the object is within the designated area.

Ultrasonic
Measures the reflection off a moving object and sends out pulses of ultrasonic waves.

Vibration
These can be purchased or easily made at home. Detects vibration. A homemade vibration sensor uses a small mass on a lever, which is activated by a switch to an alarm when it vibrates. Homemade motion sensors can work, but they can also be unreliable.

Wireless Motion Sensors
Today, most motion sensors are wireless. Wireless sensors are very easy to set up. They do not require drilling, and they communicate with the other security system components wirelessly.

Contact Motion Sensors (door/window)
Most contact motion sensors are passive infrared sensors. They trigger an alarm if the protected door or window is opened while the system is armed.

Pet Immune Motion Sensors
A passive infrared sensor can be set up to ignore animals up to a certain weight. A dual technology motion sensor is more resistant to false alarms caused by animals because it requires two sensors to be triggered in a manner determined by the manufacturer. They can be set up to ignore a large animal or multiple small animals without setting off a false alarm. Some pet immune motion sensors have a sensitivity level that can be adjusted for families with very active animals.

Video Motion Sensors
Combines video cameras with advanced signal processing. Some recordable motion sensors start recording when they sense motion. Cameras controlled by motion sensors can save you memory storage by not recording hundreds of hours of useless footage—they only capture the important stuff.

If you choose a system that requires professional installation, the installer will know how to set up your sensors. However, you are responsible for setting up your sensors if you go with a DIY home security system. Before you install motion sensors, make sure to read the installation instructions, since they will likely include placement recommendations. Some DIY systems also give you electronic prompts or have you call a representative who will walk you through the setup process.

Keep in mind that motion sensors aren’t error-proof, and there are instances in which there could be false alarms. False alarms are usually caused by electrical failures, user error, poor application engineering, power surges, lightning, and faulty equipment. They can also be triggered by animals, insects, and foliage.

The best thing you can do to increase the effectiveness of your sensors and prevent false alarms is to read the instructions that come with your sensors. Also, consider the following motion sensor placement tips:

Keep PIR sensors 10—15 feet away from heating vents, where the sunlight shines in, and radiators. If a motion sensor detects a swift change in heat, even that of a cloud passing quickly over direct sunlight shining into your living room, it could be tripped.

Place motion sensors at “choke-points”—areas where people have to walk through, like the stairwell or main hallway. That way, an intruder will trip the sensor regardless of where they are headed. Intruders usually go right for the master bedroom, so put a sensor near that room or other rooms where you have valuables, like the study.

Assess where intruders are most likely to enter, and what path they would take. Keep in mind that most motion sensors can detect between 50 and 80 feet. Most burglars enter the home through a front or back door, patio door, or garage door, so it’s advisable to place the sensors near those areas.

Find walls that an intruder would walk alongside, like a hallway or narrow pathway that leads to a room.Motion sensors work best when the intruder walks parallel to the sensor, not toward it. For example, in a hallway you tend to walk parallel to the walls, not directly toward them.