A team of experts from the University of Warwick has demonstrated a new method for producing oxygen in microgravity conditions that involves magnets. Magnets are used to attract gas bubbles to condense in an area, making it easier to harvest them in the low-gravity environment of space, rather than using heavy machinery unsuitable for long-duration missions. The key issue addressed by the experiment is buoyancy, or more precisely, the lack of natural buoyancy in space.

Unlike Earth, where the bubbles in the liquid automatically rise to the top and the liquid stays at the bottom due to gravity, in microgravity the bubbles remain suspended in the liquid medium. To overcome this problem, machines on the International Space Station rely on centrifuges to force the gas out. However, these machines are heavy, consume a lot of electricity, and require a lot of maintenance. 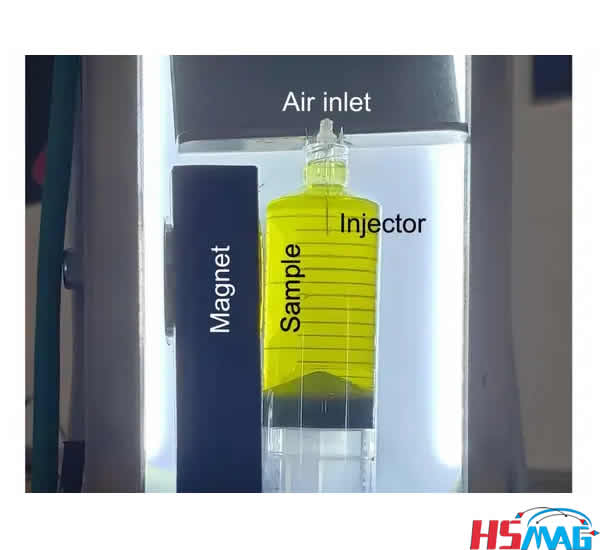 Existing systems such as the oxygen-generating components currently used on the space station are not feasible for long-duration missions like Mars and elsewhere, according to a NASA study. That’s where the latest study comes in, using magnetism to eliminate the need to use a centrifuge to generate oxygen. Using a special drop tower facility at the German Centre for Applied Space Technology and Microgravity to simulate microgravity conditions in space, the scientists analyzed how magnets can be used for phase separation to separate gases from liquids.

The researchers tested different types of liquids to see how artificial magnets could attract air bubbles on the electrode surface for easy extraction. A common method of producing oxygen in space is electrolysis, which involves passing electricity through water to separate hydrogen and oxygen atoms. But separating oxygen from an electrolytic cell requires a manual centrifuge to spin and force the gas out. Now, a simple neodymium magnet can be used to extract gas in microgravity.

The findings have been published in the journal NPJ Microgravity, part of the journal Nature. Speaking of other methods of oxygen production away from Earth, the toaster-sized MOXIE (Mars Oxygen In Situ Resource Utilization Experiment) instrument onboard Perseverance will convert carbon dioxide on the surface of Mars into oxygen in April 2021. While the machine is designed to produce only 10 grams of oxygen per hour, it is an important stepping stone for future missions.

HOW OUR MAGNETIC COUPLING IS MADE

Up to 75% depend on China! U.S. no longer restricts imports of neodymium magnets