Linear compressor uses the linear motor to achieve reciprocating linear motion. Most of linear compressors are all electromagnetic vibration compressors which utilize electromagnetic force and mechanical resonance to directly push plunger to do reciprocating vibration. The compressor can be further divided into moving-coil type, moving-iron type and moving-magnet type according to its electromagnetic driving mode. As the current mainstream design, the stator of the moving-magnet type compressor contains inner and outer iron core. The outer iron core is surrounded by ring-shaped excitation coil. The stator is composed of the permanent magnets. The working magnetic field includes alternating magnetic field and the static magnetic field which generated by excitation coil and permanent magnet respectively. The combination of these two magnetic fields will generate axial force and thus push plunger to do reciprocating linear motion. The magnetization direction of Stirling refrigerator magnet should along the radial vector of the ring, therefore, hot-pressed magnet (bonded magnet) is regarded as a wise solution by many end-users. 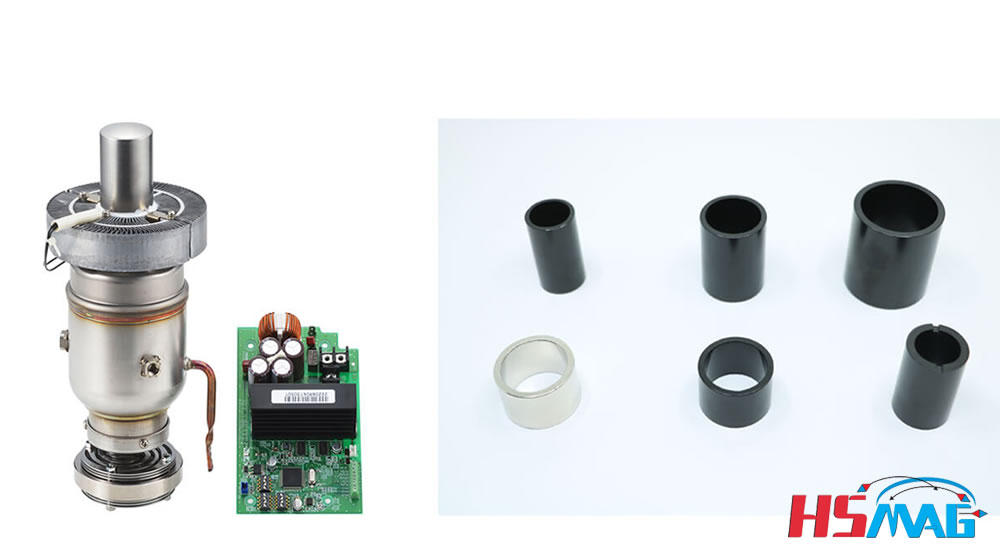 Linear compressors with clearance seals and flexure bearings have been used for many years for space applications, and this article describes the development of linear compressors at Oxford. A new design of moving magnet motor is introduced and the use of flexure springs, linear motors, valves and their integration are all discussed. A ring down …

FPSC (Free Piston Stirling Cooler) is a new type of completely cfc-free, high efficiency, energy saving and environmental protection Cooler, which uses a small amount of helium as the coolant. 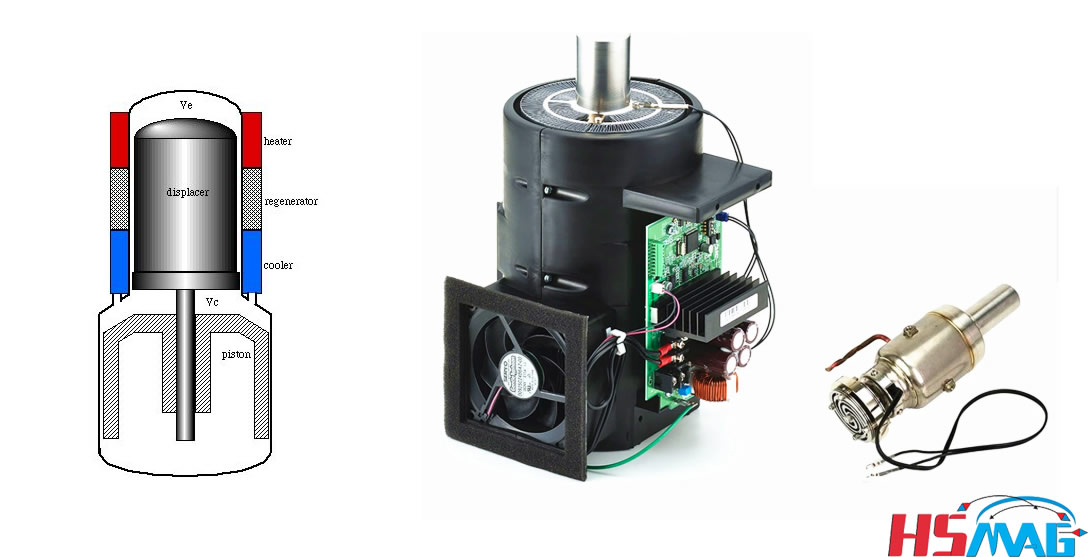 The brief mechanism is that the cylinder (fin) protruding from the main body is cooled by heat exchange, which is a process of repeated cycle of compression, and the stainless steel piston in the main body is constantly moving up and down, resulting in gas explosion.

If you want to cool an object through the FPSC, make sure the FPSC’s thermal receiver is capable of heat exchanging, and the object will be cooled by the cooler through the heat exchange.

The cold part (evaporator), under the condition of 25 ℃ environment of no-load temperature, its temperature is able to reach – 80 ℃ in 2 minutes, very impressive! 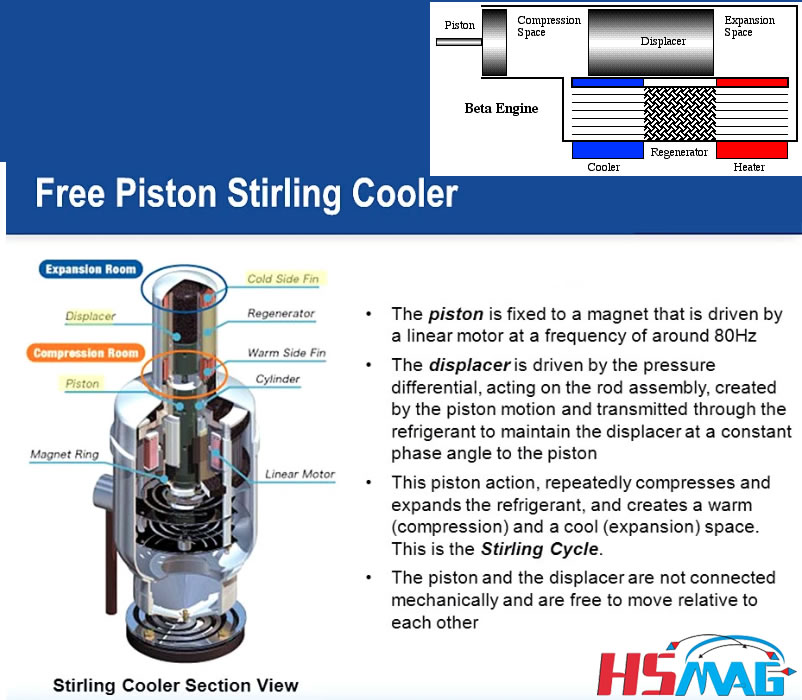 There are two pistons (pistons and balancing float) in the top compression chamber, which is filled with helium gas.

The piston is driven by a linear motor, which sends helium gas to the balancing float (80 hz). The temperature difference is controlled at 80 degrees Celsius.

In the flow passage, the cold side fin is in the expansion space, while and the heat sink is in the compression space. In the middle of cold fin and heat sink is generator.

The role of the regenerator is to exchange the heat of the helium, store the heat, and transfer the heat back to the helium.