Since the ferrite bead is used in the circuit to increase the high frequency loss without introducing DC loss, and is small in size and easy to be mounted on the lead wires or wires of the interval, the suppression effect on the noise signal above 1 MHz is very obvious, so Decoupling, filtering, and suppression of parasitic oscillations in high-frequency circuits. In particular, it is effective to eliminate the sudden change of current caused by the switching device inside the circuit and the high frequency noise interference of the filter power line or other wire lead-in circuit. Low-impedance power supply circuits, resonant circuits, Class C power amplifiers, and thyristor switching circuits are all very effective using ferrite beads for filtering. Ferrite magnetic beads can be generally divided into two types, resistive and inductive, which can be selected according to needs when used. The impedance of a single magnetic bead is generally ten to several hundred ohms. If a single amount of attenuation is insufficient, a plurality of magnetic beads can be used in series, but usually three or more effects are not significantly increased [7]. FIG. 3 shows a high frequency LC filter circuit constructed by using two inductive ferrite beads, which can effectively absorb the oscillating signal generated by the high frequency oscillator without breaking into the load and without reducing the load. DC voltage on. 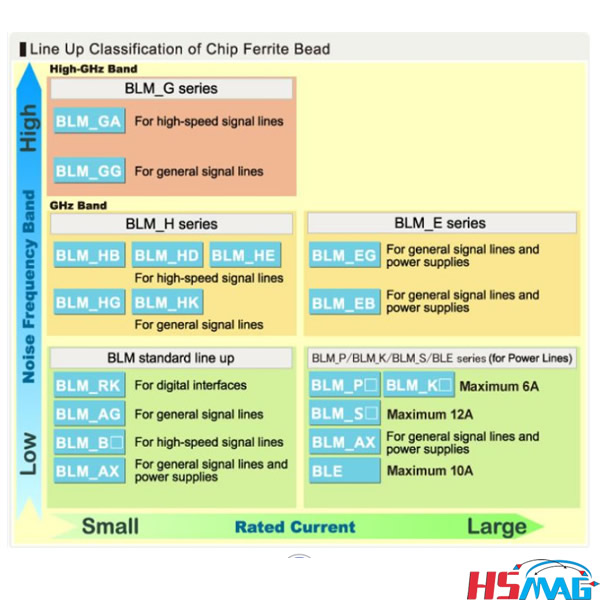 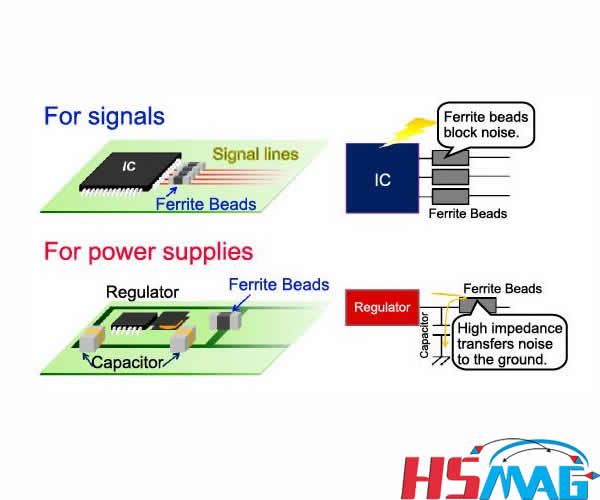 The ordinary filter is composed of a lossless reactance element, and its role in the line is to reflect the stop band frequency back to the signal source, so this type of filter is also called a reflection filter. When the reflection filter does not match the source impedance, a portion of the energy is reflected back to the source, causing an increase in the level of interference. In order to solve this drawback, a ferrite magnetic ring or a magnetic bead sleeve can be used on the incoming line of the filter, and the high frequency component is converted into heat loss by the eddy current loss of the high frequency signal by the magnetic ring or the magnetic bead. Therefore, the magnetic ring and the magnetic beads actually absorb the high-frequency components, so they are sometimes referred to as absorption filters.

When the EMI absorption magnetic ring/bead suppresses the differential mode interference, the current value through it is proportional to its volume, the two are out of regulation, causing saturation, which reduces the performance of the component; when suppressing common mode interference, the two wires of the power supply (positive and negative) At the same time, through a magnetic ring, the effective signal is the differential mode signal, the EMI absorption magnetic ring/magnetic bead has no influence on it, and the common mode signal shows a large inductance. A better method of using the magnetic ring is to repeatedly circulate the wire of the magnetic ring that passes through to increase the inductance. According to its suppression principle of electromagnetic interference, its suppression can be reasonably used.

The ferrite suppression element should be installed close to the source of the interference. For the input/output circuit, it should be as close as possible to the entrance and exit of the shield case. For the absorption filter composed of the ferrite magnetic ring and the magnetic beads, in addition to the use of high magnetic permeability consumable materials, it is also necessary to pay attention to its application. Their resistance to high-frequency components in the line is about ten to several hundred ohms, so its role in high-impedance circuits is not obvious. Instead, in low-impedance circuits (such as power distribution, power or RF circuits) Use will be very effective.