This is the season to salvage junk! Where I live, poeple put out big piles of trash every year in April. It’s amazing what one can find. Last year I must have found 15 or 20 speakers. I first found out about rare earth magnets from the Smash Lab episode ”High Rise Escape”. I soon learned that they could be found in old speakers. Alright, enough talking, go find some speakers! 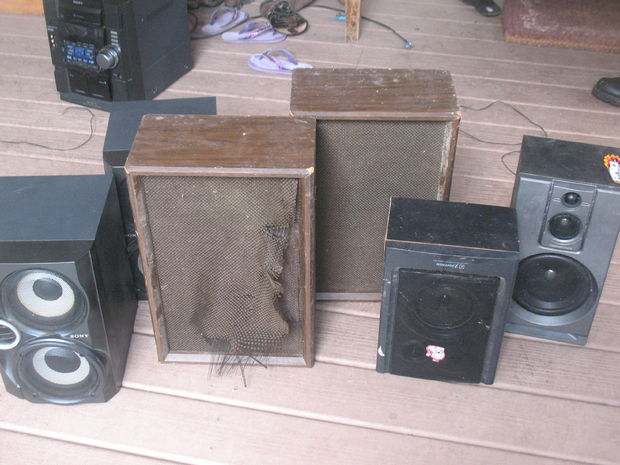 Okay, now that you’ve found some some speakers (you have found some, haven’t you?) get out a hatchet and knock in the back and then the sides. If you don’t have a hatchet, you could use a hammer. If you don’t have a hammer either, then what the heck are you here in the first place (I mean, who comes to a site about making things without a hammer!). It’s a good idea to do this outside, as it makes rather a mess. 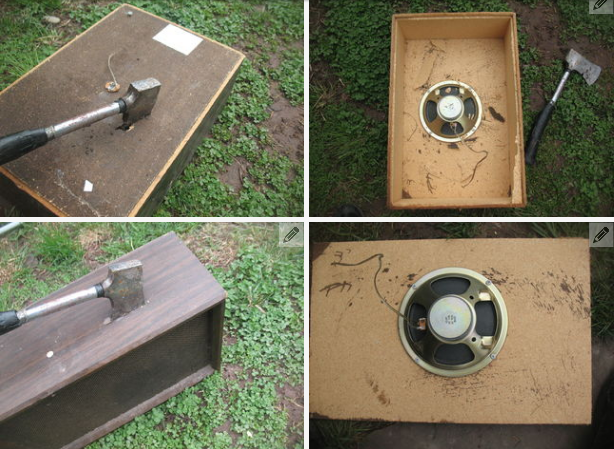 Step 2: Pry the Magnet off.

This part’s simple. Just hammer a crowbar in there and pry the thing off! Actully, you should wedge a flat head screwdriver in first and get a bit of a gap first. 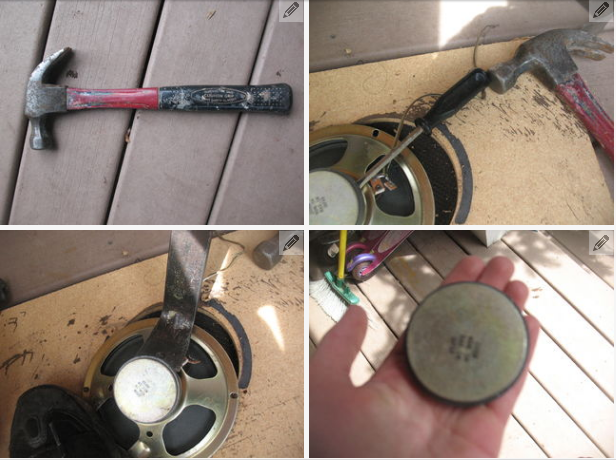 What to do with all those magnets? Maybe you could sell them on HSMAGNETS.COM, or start a speaker repair shop – it’s up to you. Have fun with this.