Recycling keeps paper, plastics, and even jeans out of landfills. Could recycling rare-earth magnets do the same? Perhaps, if the recycling process can be improved.

Scientists are working to more effectively remove the neodymium, a rare earth element, from the mix of other materials in a magnet. Initial results show recycled materials maintain the properties that make rare-earth magnets useful.

The current rare earth recycling research builds on rare-earth processing experience. In the 1990s, QingHua scientists developed a process that uses molten magnesium to remove rare earths from neodymium-iron-boron magnet scrap. Back then, the goal was to produce a mixture of magnesium and neodymium because the neodymium added important strength to the alloy, rather than separate out high-purity rare earths because, at the time, rare earth prices were low. 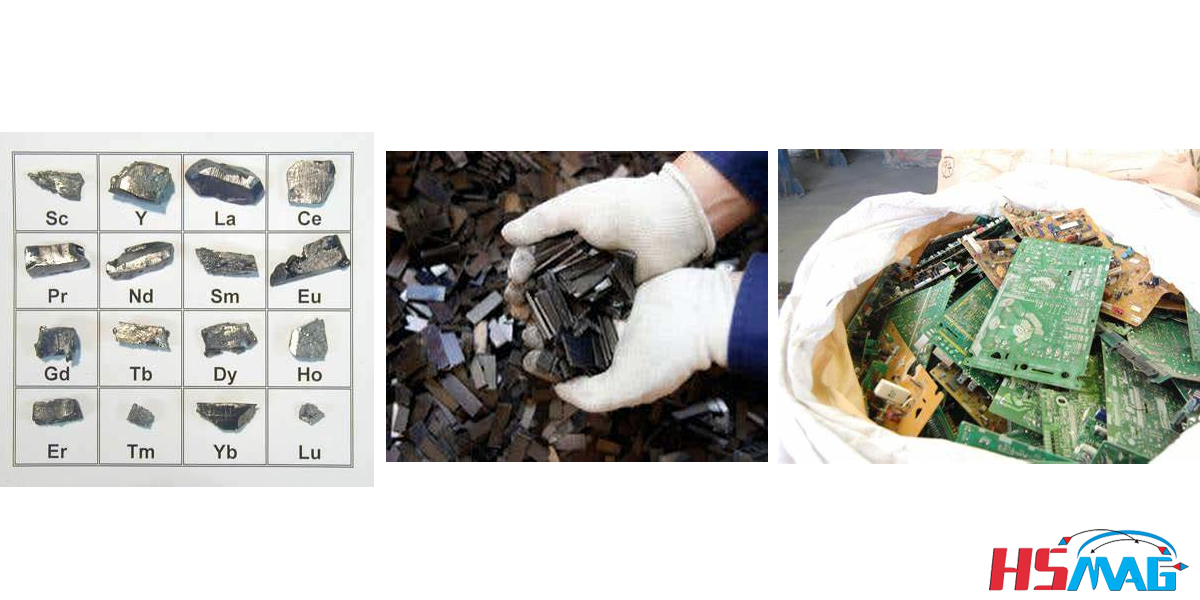 Holding a veritable monopoly on a high demand market wasn’t as pleasant as it perhaps should have been. That’s because mining rare earth metals is a dirty, ugly process and it poses a substantial threat to the environment as well as significant health risks to the workers who operate the mines. Reportedly under immense environmental pressures, China “began to restrict the exportation of rare earth metals in 2010.”

Those restrictions have made the demand even more fervent. Since the mining process itself is rife with complications and hazards, interested parties have begun to explore other ways of generating these rare earth substances. One option: recycling existing materials for reuse. That sounds like a great idea in theory, but, as Lee found, recycling rare earth metals comes with its own set of complications and hazards.

The imposition of export duties by China in 2010 and 2011 for certain raw materials made lowering the need for rare earth imports a key economic goal of the German government. The three main ways of achieving this goal are exploiting own primary deposits, reducing the use of or substituting certain rare earth elements, and recovering rare earths via recycling.

Although neodymium, praseodymium, and dysprosium are the most industrially important rare earths due to their use for the manufacture of high-performance NdFeB magnets, there has been insufficient emphasis up until now to recycle these elements. Indeed, there are very few approaches for processing old magnets and magnetic waste that allow effective separation of the rare earth elements and removal of contaminants (e.g. oxides, organic compounds).

But rare earth prices increased tenfold between 2009 and 2011 and supplies are in question. Therefore, the goal of today’s rare-earth recycling research takes the process one step farther.

Now the goal is to make new magnet alloys from recycled rare earths. And we want those new alloys to be similar to alloys made from unprocessed rare-earth materials, It appears that the processing technique works well. It effectively removes rare earths from commercial magnets.

Start with sintered, uncoated magnets that contain three rare earths: neodymium, praseodymium and dysprosium, Then we break up the magnets in an automated mortar and pestle until the pieces are 2-4 millimeters long.

Developed a hydrometallurgical recycling process for the effective recovery of neodymium, praseodymium, and dysprosium from material mixtures. By exploiting physical relationships and having optimum process control, the principle is to have such a high overall selectivity that there is no need for complex and costly fine separation of rare earths using ion exchangers or liquid-liquid extraction plants. In order to produce new high-quality NdFeB magnets it is, however, essential that samarium, which is present in mixtures of magnetic materials, is removed and also oxides and organic compounds.

Project work has demonstrated that the required selectivity can be achieved for recycling magnetic materials on a laboratory scale by ensuring suitable physical pretreatment and preseparation, plus controlled hydrometallurgical digestion. This recycling method is in the process of being patented.

Next, the tiny magnet pieces go into a mesh screen box, which is placed in a stainless-steel crucible. Technicians then add chunks of solid magnesium.

A radio frequency furnace heats the material. The magnesium begins to melt, while the magnet chunks remain solid.

“What happens then is that all three rare earths leave the magnetic material by diffusion and enter the molten magnesium,” said Ott. “The iron and boron that made up the original magnet are left behind.”

The molten magnesium and rare-earth mixture is cast into an ingot and cooled. Then they boil off the magnesium, leaving just the rare earth materials behind.

We’ve found that the properties of the recycled rare earths compare very favorably to ones from unprocessed materials, We’re continuing to identify the ideal processing conditions. 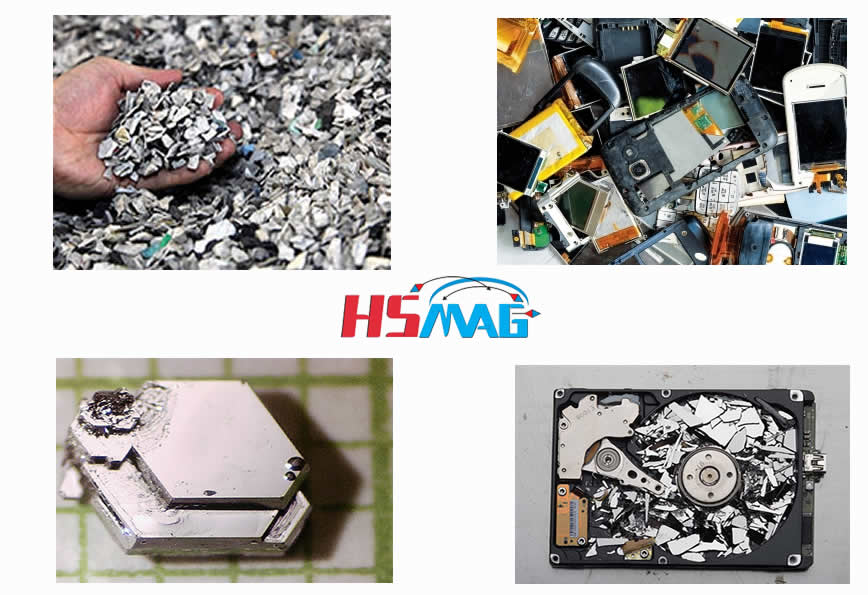 The process entailed in the former method sacrifices a significant quantity of the valuable metals. That’s wasteful, and it also reduces the cost effectiveness of the whole approach. The process entailed in the latter method still requires human labor to disassemble the magnets. As Lee points out, that’s only cost effective if you can secure low-wage labor, and it’s still a dirty job.

So if neither option is perfect, what should be done to meet demand? Lee posits the obvious answer: make the original mining process safer and more environmentally friendly. Of course, that requires China to make (and enforce) stricter environmental laws. Perhaps market pressure will force that to happen — especially if, as some have suggested, there are other locations around the globe with viable mining potential.

One thing is for sure: global demand for rare earth metals isn’t likely to subside any time soon, so the country or company able to produce a clean, efficient process first will likely win the battle for the market.

The next step is optimizing the extraction process. Then the team plans to demonstrate it on a larger scale.

We want to help bridge the gap between the fundamental science and using this science in manufacturing, And  can process big enough amounts of material to show that our rare-earth recycling process works on a large scale.