Buckyballs, a toy made up of small magnetic beads that can be molded into different shapes, is one of the most popular office toys on the market. 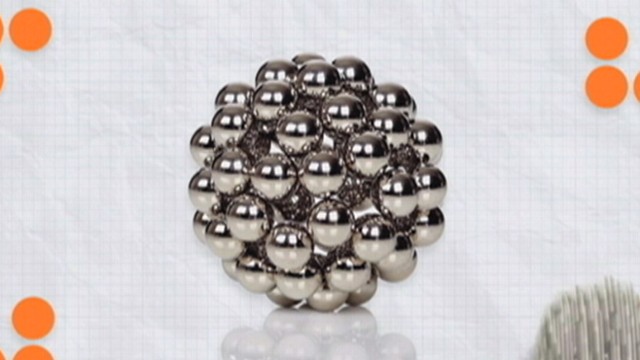 Marketed to adults as a stress reliever and a cure for cubicle boredom, more than two million Buckyballs have been sold in the United States. The beads are shiny, sculptural and irresistible to play with, but they can also be dangerous.

At just 20 months old, Presley Bjarnson was hospitalized after he swallowed 18 Buckyball beads last month. His mother, Laura Bjarnson, who said she never saw the warning labels on the toy’s packaging, had accidentally left the toy out where Presley could reach it.

When she discovered Presley with the toy, Bjarnson said she didn’t know at the time if her son had swallowed the magnets. But Bjarnson, who is a registered nurse, took Presley to the pediatrician the following day as a precaution. An x-ray showed a ring of 18 Buckyballs lodged in his stomach.

As these high-power magnetic beads travel through the body, doctors say they can stick together, pinching tissue and ultimately puncturing holes in the thin intestinal lining.

The U.S. Consumer Product Safety Commission said Presley is just one of an estimated 1,700 people who have been hospitalized in the past three years after ingesting these kinds of magnets. As a result, the CPSC is demanding that Buckyballs and several high-power magnetic toys from other companies be recalled immediately.

But Our HSMAG Customer Buckyballs CEO Craig Zucker is not willing to give in.

“This is the first time in 11 years a company has said to the commission, ‘we don’t agree a recall is necessary,'” he said.

The company is challenging the proposed ban because, Zucker argues, Buckyballs are not defective and they are marketed as an office toy, clearly not intended for or marketed to children.

“We’re not in Happy Meals. We’re not on Saturday morning cartoons. We’re in adult stores … places you would go to find something for your dad on Father’s Day,” Zucker said.

By demanding he stop selling his product, Zucker believes the CPSC has gone too far. In the wake of the proposed ban, he launched an online campaign called “Save Our Balls,” which has sparked a national debate on the role of big government.

Zucker said his company has tried to reach a compromise with the government. Namely, he has taken steps to educate consumers about magnet safety and pointed out that Buckyballs packaging carries clear warnings to parents.

“[Warning labels are] on the top, the side, the carrying case. It’s on the instructions,” he said. “I would say it’s impossible to miss the warnings. They’re all over the place.”

But the CPSC said these warning labels do not go far enough because they don’t “travel with the product,” meaning once the toy is removed from the packaging, there is nothing to expose its potential dangers or stop children from “facing serious injuries.”

Children like Presley Bjarnson, who was eventually rushed to the hospital where doctors were able to remove the 18 Buckyballs without major surgery. He has since made a full recovery.

Tips for Parents: What To Do if Your Child Swallows a Magnet

But 2-year-old Braylon Jordan was not so lucky. In April, Braylon swallowed eight magnetic toy balls called NeoCubes — one of the 11 companies targeted by the proposed government ban that volunteered to stop selling its product in the United States.

Braylon’s parents said they first noticed something was wrong when their son started vomiting. At first they thought it was a stomach virus, but soon an x-ray revealed that the tiny magnets were making their son sick.

The Jordans said they bought the desk toy from a local supermarket before Braylon was born and saw the warnings on the package. So when they baby-proofed their house, they made sure to hide the magnets in a cabinet out of his reach, but said they weren’t careful enough.

“We didn’t say, ‘hey Braylon here you go, play with these little beads,'” said Brayton’s father, Jonathan Jordan. “Common sense tells you don’t have them around kids but yet somehow he found them, a couple had rolled out of sight.”

Tips for Parents: What To Do if Your Child Swallows a Magnet

The eight magnets Braylon had swallowed stuck together and ultimately destroyed his intestines. After eight surgeries and one month in the ICU, the rambunctious little boy is now tethered to a feeding tube 18 hours a day, unable to process solid food.

The Jordans have accrued more than $1.5 million in medical bills over the past five months, and Braylon’s best hope for a normal life is a rare lower bowel transplant. But his parents said they are not angry with NeoCubes, but at themselves.

“If I had known how dangerous they are, they wouldn’t have been in the house at all,” Jonathan Jordan said.

Neocubes told “Nightline” they did not want to be responsible for anyone getting hurt, but added, that “there are lots of dangerous products out there, especially if you eat them.”

The Consumer Product Safety Commission wants to regulate the production of future magnetic office toy products to make them safer by making magnets larger, so they are more difficult to swallow, and less powerful.

In the meantime, they are determined to get all existing toys out of kids’ hands and off store shelves as soon as possible.

For now, Buckyballs can still be purchased in specialty stores and on the company’s website. Zucker said he is holding out hope for a compromise. 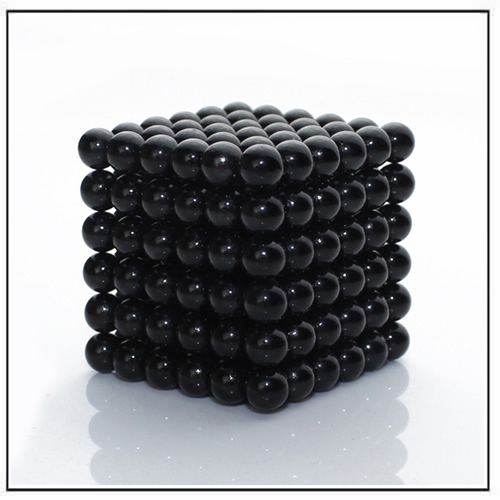 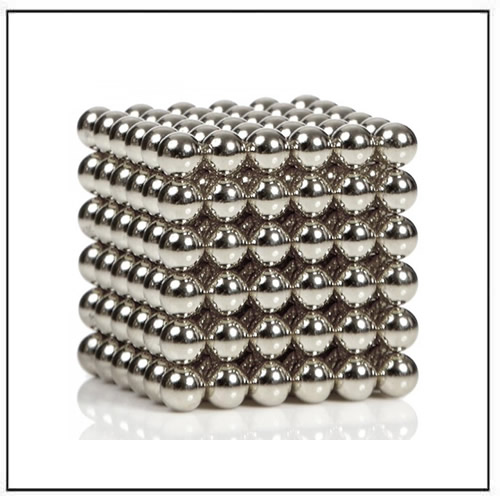 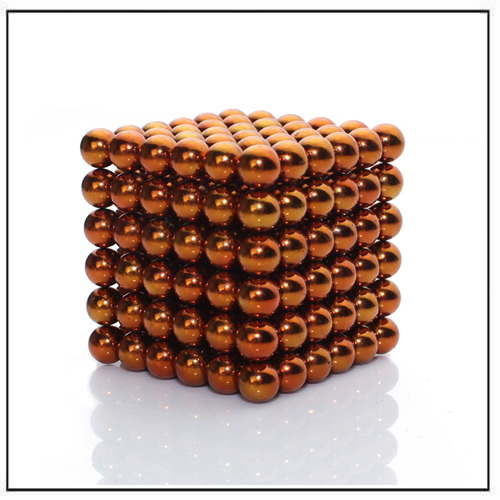 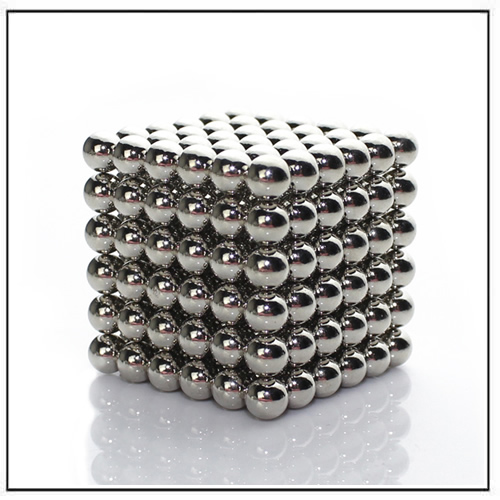 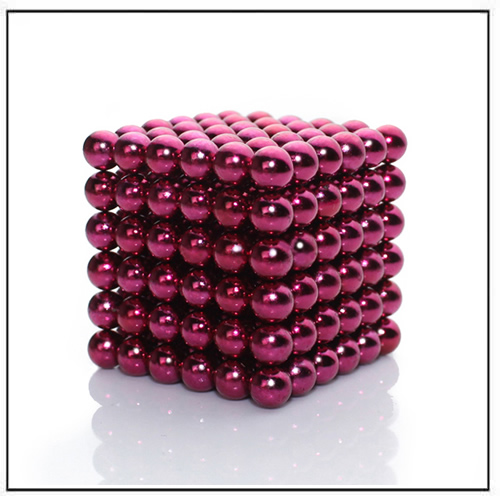 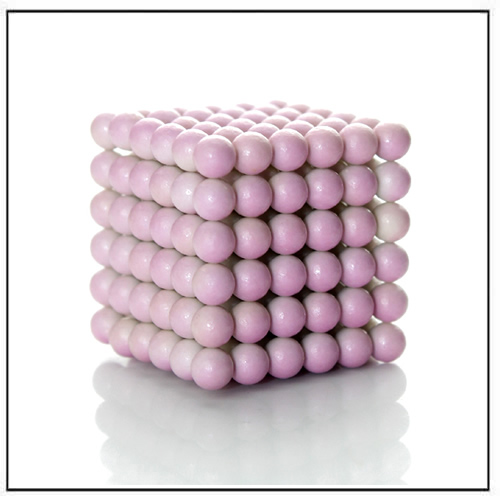 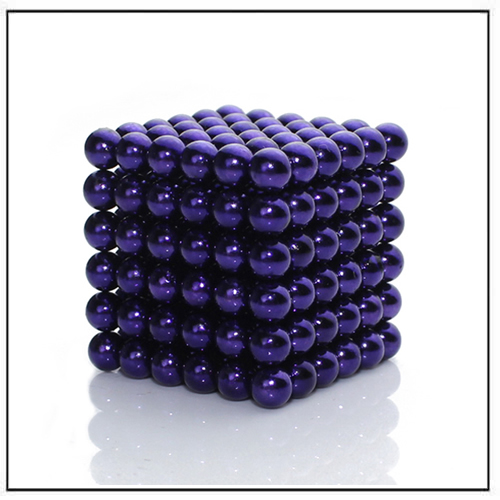 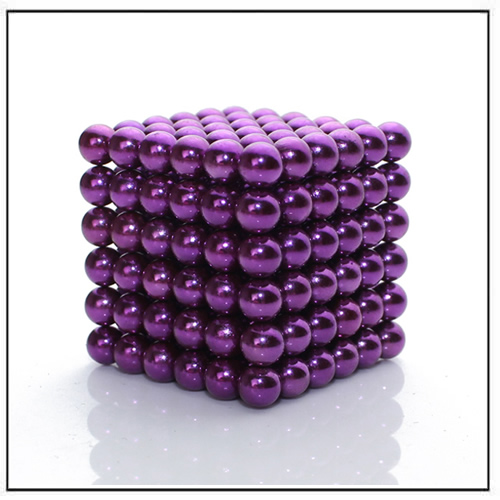