Now that more and more people are using magnets, we want to start with some basic questions.How do magnets attract each other?How do they repel? 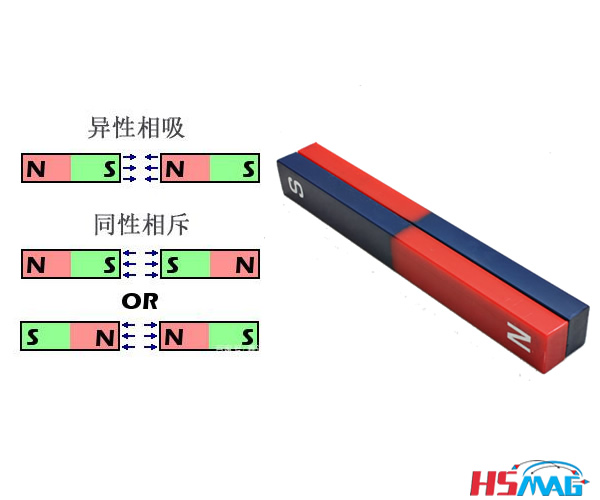 Quantum electrodynamics considers that the essence of electromagnetic interaction force (isotropic repulsion, heterosexual attraction) is the result of the continuous exchange of photons between two particles. What happens when two electrons get close to each other and eventually bounce off because of electromagnetic forces? It turns out that the two electrons are constantly exchanging photons. Imagine two people on the skating rink, who keep throwing a ball around, throwing it from one person’s hand to another, so that they must be farther and farther away, as if there was a repulsion between them. In the electromagnetic force, this ball is photon! So what about homosexual attraction? You can imagine two people standing back to back, throwing the ball on the wall facing each other and bouncing back into each other’s hands. It seems that there is a kind of attraction that keeps them close together.

The magnitude of magnetic force is inversely proportional to distance, and is proportional to the intensity of magnetic sound. If the same-sex attraction, the distance between them will be closer and closer, and the field strength will become larger and larger, so it will not stop, so it must be the same-sex exclusion, opposite-sex attraction, in order to reach a balance.

Why Do Magnets Attract?