Infrared guided technology is a military technology which utilizes infrared tracking and measurement to control and guide missiles to the target. Infrared guided technology is mostly served to the passive homing guidance. Infrared guided system consists of the infrared seeker, computer and actuator. As the tracking and measurement apparatus, infrared seeker makes up of the chopper wheel, infrared detector and optical system. Infrared seeker is mainly used to detect and collect heat radiation, then encoding the position of the target in space after modulation, thus output pulse sequence which includes target’s spatial direction information after photoelectric conversion. The pulse sequence will further output to the torquer of seeker and drive seeker’s optic axis to track the target. The performance of seeker is directly reflected in the capacity of missile’s traceability. In fact, infrared guided missile magnet has long been considered as the bright pearl of the crown in Alnico area.Magnetic recording systems

Missile guidance refers to a variety of methods of guiding a missile or a guided bomb to its intended target. The missile’s target accuracy is a critical factor for its effectiveness. Guidance systems improve missile accuracy by improving its “single shot kill probability” (SSKP), which is part of combat survivability calculations associated with the salvo combat model. 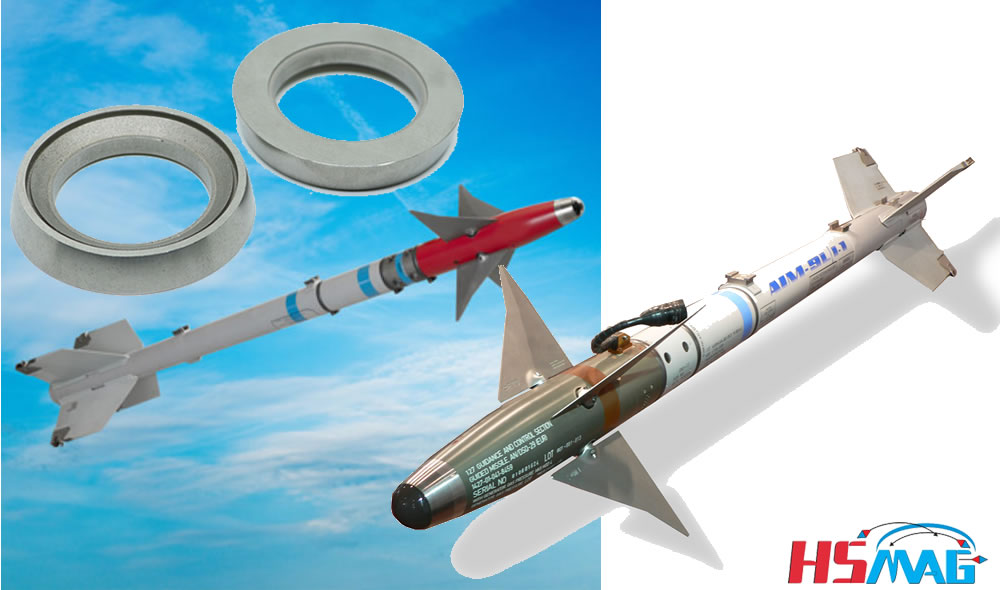 These guidance technologies can generally be divided up into a number of categories, with the broadest categories being “active,” “passive” and “preset” guidance. Missiles and guided bombs generally use similar types of guidance system, the difference between the two being that missiles are powered by an onboard engine, whereas guided bombs rely on the speed and height of the launch aircraft for propulsion.

The seeker gyrorotor is the core component of the whole seeker. High accuracy guidance system requires its seeker gyrorotor has low power consumption, high accuracy and stability, therefore, magnetic support rotor gyro has been widely applied to the design of seeker gyrorotor. The essence of magnetic support is the weight of suspension and load it suffered can be balanced by ponderomotive force generated by adjustable magnetic field. As the provider of magnetic field, infrared guided missile magnet which also known as primary mirror magnet, its magnetic properties will directly impact the quality of the seeker. Primary mirror magnet integrates optical part, gyrorotor and magnet together, then magnets should have enough strength, dynamic unbalance and optical mirror quality besides superior sine wave.

Principles of Guided Missiles and Nuclear Weapons, 1959, was created to introduce Navy personnel to these weapons. This document was never classified and does not contain any classified information. It is provided as a historical document demonstrating the technology and implied tactics midway through the US-Soviet Cold War.

For a current understanding of the effects of nuclear weapons and first responder tactics to minimize death and disability, see the Federal Emergency Management Agency or Center for Disease Control or the International Atomic Energy Agency web sites.

In this online version of the manual we have attempted to keep the flavour of the original layout while taking advantage of the Web’s universal accessibility. Different browsers and fonts will cause the text to move, but the text will remain roughly where it is in the original manual. We have not attempted to correct any errors found in the original document. However, this text was captured by optical character recognition and then encoded for the Web which has added new errors we wish to correct.

The mechanical seeker assembly on the AIM 9 Sidewinder is nothing short of genius and is the second best American invention after Electric Guitar. Well technically the Germans invented it, but….

In the simplest terms it has ONE pixel – a large circle made of materials which are sensitive to Infrared. In front of the sensor is a rotating telescope assembly with the secondary reflector offset by a few degrees. The radial position can be calculated from the position of the spinning assembly when it aligns with the radial position of the target and reflects IR waves onto the sensor. This tells you the angle to which the missile should start steering. But how hard should it steer? For that you need to find the angular displacement off the axis – the distance from centre.

You measure the duration of pulse when the IR waves hit the sensor. Brief pulses mean you need to steer hard, long pulses mean the heat source is closer to the axis and you need less steering correction. Then there are analog circuits made of transistors and sorts which would work on the signal phase and duration to put out signals to the actuators and move the control surfaces (fins?).

This apparatus had obvious drawbacks – like shooting flares (which serve as decoy heat sources) will cause the missile to react to every heat source through the spin cycle and buffet, eventually throwing it off the main target. Also the secondary reflector meant that there was a blind spot at the centre. Early sidewinders had a poor kill ratio of ~10% but they paved the way for more complex guided missiles in the future because it showed that “intelligent weapons” CAN BE DONE.