Ever hear of the “Hall Effect Sensor”?

However EVERY transistor and EVERY diode can be affected by magnetic fields, to some degree, this is why you take of your electronic watch when you get a CAT scan because the scanner has an enormous magnet in it. 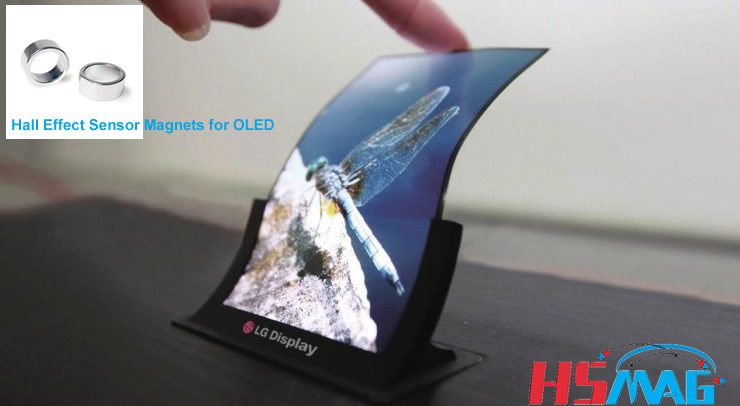 Now your LCD screen although the screen has mainly Liquid crystal semi conductors in it tends to respond to some degree in the same way mainly for 2 reasons.

Liquid crystals are EXTREMLEY sensitive to electric field changes, so you don’t even need a magnet to see how sensitive they are. Try this; put a piece of “scotch magic brand” (tm 3M) tape (the kind you can write on) and stick it LIGHTLY onto the face of your LCD screen, leaving one end NOT stuck down so that you can pull it back off.

Whith the monitor UNPLUGGED and the VGA connector OFF rapidly pull the tape off at about a 45 degree angle away from the LCD screen.

You will see many of your LCD “pixels come to life”

That is just from non-contact static electricity.

Now if you were to take say, the magnet out of the magnetron in a microwave oven and pass it over a running LCD monitor you may induce enough magnetic pressure to short out the transistors and diodes in the Liquid crystal display (that is the first method of magnetic interaction — I said there were 2 remember?)

The second method that the magnet will cause problems is for the same reason that motors spin.

Traditional information medium, such as newspaper and magazine, is no long appreciated since mankind has been in the information age, and display technology is born. Organic light-emitting diode (OLED) has merits such as self-luminous, fast response, broad perspective, thin volume and flexibility. Organic light-emitting diode (OLED) has already applied in mobile phone, tablet, television and wearable devices nowadays. 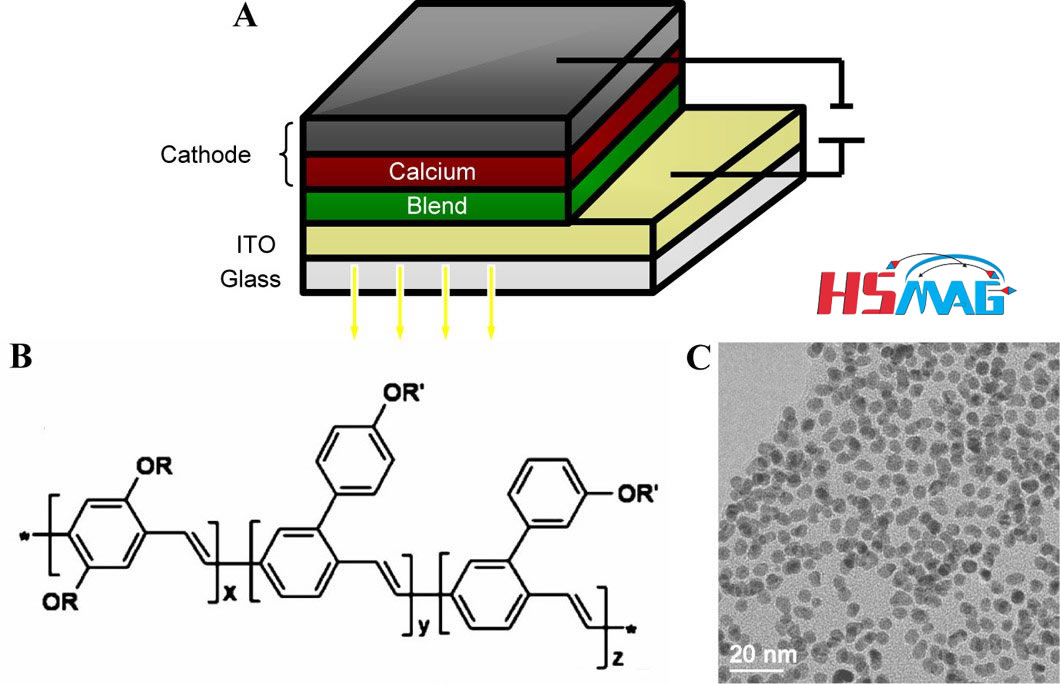 The anode is usually transparent to ensure the emergent of light. As a kind of transparent metal oxide semiconductor, indium tin oxide (ITO) is frequently used for anode. Due to incompatibility between anode and carrier transport layer, the hole injection layer should be introduced to modify the interface between anode and hole transport layer, and then help more holes enter hole transport layer. Similarly, electron transport layer acts as the same role. The cathode is typically adopting metal thin film. The emitting layer is the core functional layer of the whole organic light-emitting diode (OLED). The light emitting mechanism of organic light-emitting diode contains five steps:

Injection of carriers: Electrons from cathode and holes from anode will enter the organic functional layer between electrodes under the external electric field.
Transport of carriers: Injected electrons and holes will transport to electron transport layer and hole transport layer respectively.
Recombination of carriers: Electrons and holes will be bound up together by the Coulomb force, and formed excitons in the electric
Transport of excitons: Excitons start to transport under the electric field, and energy will be transmitted to light-emitting molecules. Electrons will be drivingto excitation state from the ground
Light-emitting process: Radiation decay and generated photons, then releasesluminous energy. 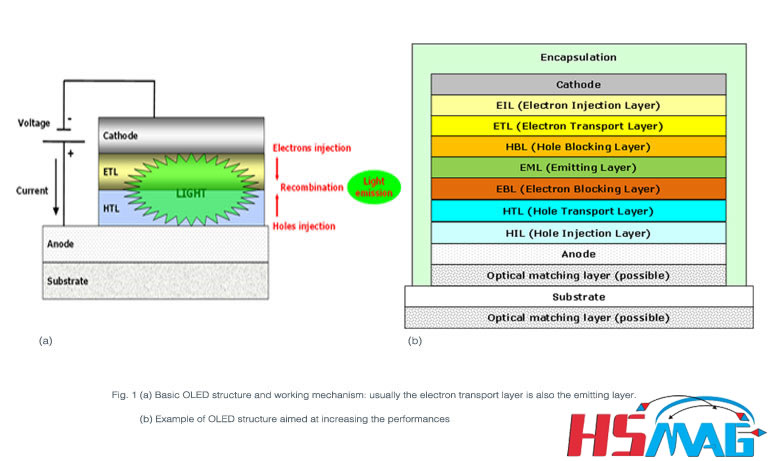 Magnet in Organic Light-Emitting Diode (OLED) Deposition Apparatus
The evaporation process of light-emitting diode (OLED) needs to finish in the high vacuum cavities of deposition apparatus, and organic materials will be evaporated by the crucible. The glass substrates place on the special holder, then metal shadow masks will be placed under the substrates to dominate the patterns. OLED Deposition Apparatus Magnets

The magnet array in deposition apparatus is similar like magnetic chuck, and the technical specification for this holder magnet includes dimension, appearance and consistency of magnetic performance. Magnets with dimension oversize will affect evenness of substrates, and consistency of magnetic performance will be evaluated by the deviation of central point gauss values. In order to enhance the testing efficiency and reliability, HSMAG team has introduced special automotive magnetization and testing equipment to meet the customer’s requirements in organic light-emitting diode (OLED) industry. OLED Deposition Apparatus Magnets