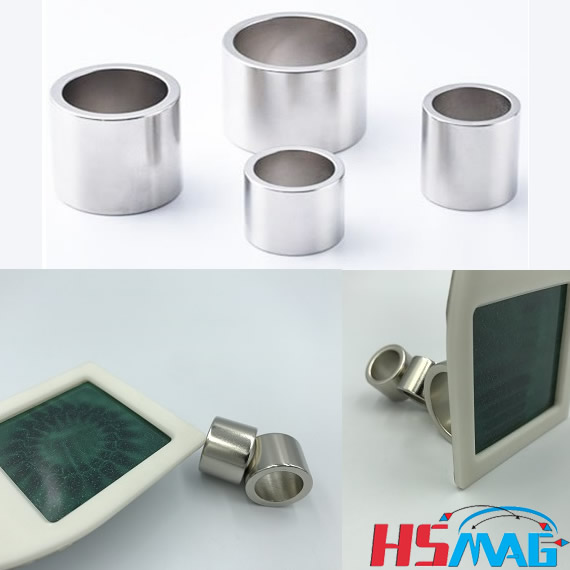 The schemiatic diagram as follows for better understanding:

For sintered rare earth magnet, the traditional method to make multi-polar magnet is often by placing arc segments magnets on a ring shape. The intricate process and uneven distribution of magnetic field strength are always restrict the development of this method.

The biggest role of radially oriented technology is helping anisotropic magnet to achieve multi-polar magnetization, and extend its application in various areas.

The isotropic magnet could be magnetized in any direction with suitable L/D ratio can be magnetized into radially-oriented ring magnet due to the restrictions of magnetization fixture.

The radially oriented magnet is the most complex type among the whole anisotropic injection molded magnets. How to guide the magnetic circuit in into the cavities is the most critical factor. The radially oriented anisotropic injection molded ring magnets are usually made by electromagnetic orientation technology. Unlike the simple permanent magnet orientation, magnets made by electromagnetic orientation will be demagnetized before die sinking, then re-magnetize into multi-polar according to customer’s requirement. multipole radial magnetization magnet

It is not for all ring magnets can be made to radially oriented magnetization due to the current technical limit, the acceptable dimensions as follows: 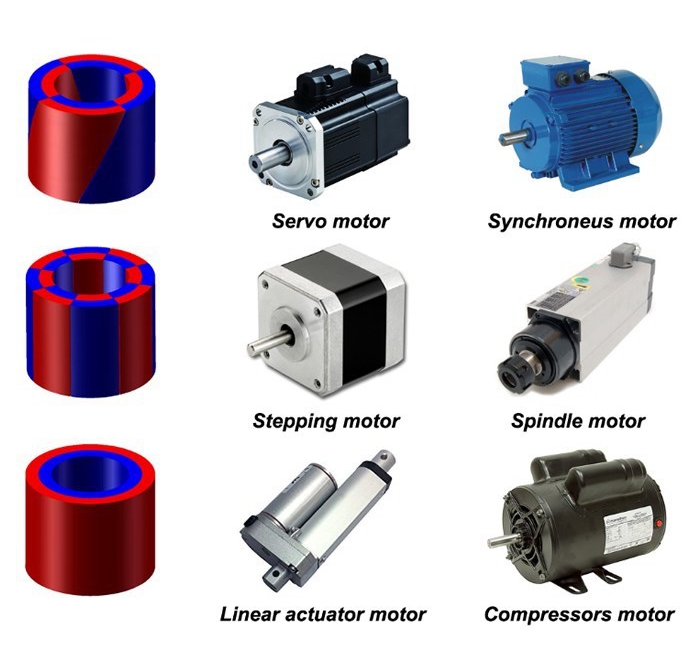