Physicists at the Institut für Festkörperforschung in Germany have discovered a type of domino effect in rows of individual manganese atoms on a nickel surface. They determined that the magnetic arrangement of these nanowires varies depending on their lengths.

Using computer simulations and statistical models, the physicists found that if only a single atom is added or taken away, the magnetic structure of the nanowire changes entirely. 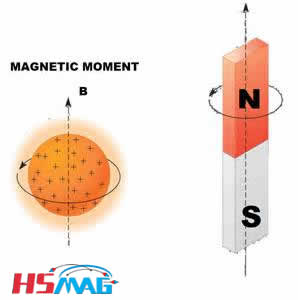 Specifically, when the number of atoms is odd, the magnetic moments (a measure of how well the nanowire acts as a magnet) are neatly aligned in opposite directions. When the number of atoms is even, the moments line up randomly, in a jumbled mix of different positions. Adding an atom at the end of the nanowire or taking one away causes the magnetic moments to topple over like a row of dominoes. But unlike dominoes, the effect can be completely reversed.

This new quantum mechanical effect makes magnetic switches possible on an atomic scale, and could one day be applied to the transporting and storing of magnetic information onto extremely small spaces. Their work is importance for the design of high speed, high storage capacity, and energy saving computing devices. The authors hope that it will be proven experimentally in the near future.

The strongest in the world: Neodymium super magnets