In the turmoil, Myanmar rare earths heading to China encountered transportation obstacles. Some Chinese rare earth companies and their downstream companies have found that despite the political turmoil in Southeast Asian countries, although China’s mining business remains unaffected, their raw materials cannot be transported smoothly from Myanmar, China’s main medium and heavy rare earth supplier. Several sources from these companies told the Global Times on Sunday.

A manager of a rare earth company in Ganzhou City, Jiangxi Province, in eastern China, told the Global Times that Myanmar’s exports of rare earths to China have decreased to some extent, which has caused the price of rare earth oxides on the market to soar. He pointed out that the Myanmar rare earth mines that the company received from him have been operating as usual. But since mid-March, logistics problems have hindered exports. The manager said: “When the political turmoil broke out in February, exports of rare earths to China were still unaffected, because most rare earth mines were located in the northern part of the country, where the situation is stable, but the situation has deteriorated in recent days.” He said that Myanmar is located in the upper reaches of the global rare earth industry chain, accounting for half of the global rare earth ore. Its heavy rare earth minerals are exported to China for extraction and processing, and then exported to all parts of the world.

Another manager of one of the private rare earth industrial magnet manufacturers based in Ganzhou, whose surname is Zhang, confirmed the existence of logistics obstacles in a conversation with the Global Times on Sunday. He said: “The biggest problem is that Myanmar’s rare earths cannot be shipped to China. It is not clear when this obstacle will be eliminated, because it depends largely on the political situation in Myanmar.” The earth has been in short supply for some time. Supplier of Rare Earths

Chen, the general manager of a company that uses rare earths to produce magnetic materials in Dongguan, told the Global Times on Sunday that the cost of its raw materials has risen by at least 30% to 40% since the beginning of the year. As China has contained the COVID-19 pandemic, downstream companies in consumer electronics and new energy vehicles have purchased more rare earths, driving up prices. Chen also confirmed to the Global Times that one of the company’s upstream rare earth suppliers is currently unable to ship metals from Myanmar. 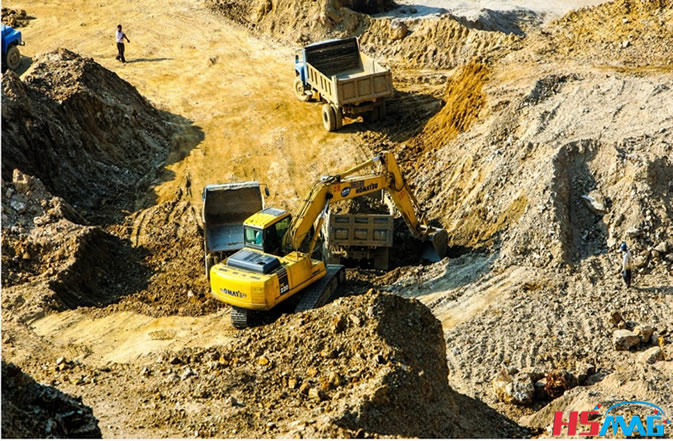 An industry insider who asked not to be named said that, given the current situation, China’s imports of rare earths from Myanmar may plummet in March. Customs data shows that from January to February, imports of rare earth oxides increased by 24.6% year-on-year to 3,546 tons. Customs data shows that China’s imports of rare earths from Myanmar have increased by 23% since 2019, to about 35,500 tons last year, accounting for 74.39% of total imports, followed by Malaysia (17.06%) and Vietnam (4.46%) . In recent years, China has been heavily dependent on Myanmar’s medium and heavy rare earths, which account for more than 60% of China’s total ion absorption of rare earths. The reason is that the Chinese government has severely cracked down on illegal mining and strengthened environmental protection measures. Compared with light rare earths, heavy rare earths are less common and more valuable. They are used in high-tech fields such as aerospace, military, national defense, and synthesis of new materials. Supplier of Rare Earths

A report by Soochow Securities pointed out that during the unrest in Myanmar, medium and heavy rare earths may be most affected. If the turmoil affects the mines, which may lead to a decline in production or complete shutdowns, or even export controls, it will have a greater impact on the supply of such rare earths.An industry insider said: “China should diversify its import sources from Vietnam, Laos and Cambodia, but we should also be aware that it is not easy to transfer the supply chain in a short period of time, and there are many uncertainties and uncertainties. From these potential sources The unstable factors surrounding the new supply of China.” He emphasized the importance of ensuring the security of resource supply. From an internal point of view, China’s own heavy rare earth reserves (mainly in southern China) can easily meet growing domestic demand. Supplier of Rare Earths

A person familiar with the matter said: “As long as the activities comply with environmental protection requirements, we should speed up the mining speed in an orderly manner.” The Ministry of Industry and Information Technology and the Ministry of Natural Resources increased the first batch of rare earth mining quotas this year, shared by the six major producing countries. To 84,000 tons, a substantial increase of 66,000 tons in 2020.

Zhang Anwen, deputy secretary-general of the Chinese Rare Earth Society, told the Global Times on Sunday that there are several ways to solve China’s tight supply of rare earths, and high-tech is considered an effective method. To reduce the use of dysprosium and terbium in the manufacture of neodymium magnets, neodymium magnets are widely used in various products such as electric vehicles and hard drives, such as custom neodymium magnets. Zhang said: “This technology has become more mature and is a direction that requires more effort.”