Smart Magnets in LAS VEGAS — You probably haven’t heard of Polymagnets, but if you’ve laid hands on one of today’s detachable 2-in-1s, there’s a good chance you’ve used them. The product of Correlated Mangetics Research (CMR), these “smart” magnets use complex patterns to provide just the right feel when you’re trying to snap a tablet into its keyboard base.

These magnets also have enough attractive power to hold a fairly heavy object, such as a smartphone or tablet, in place–even if you shake it. Up until now, this innovative technology was previously only available to large buyers, but this month the company has launched an online store, targeting makers and small businesses who may only need a few magnets at a time. 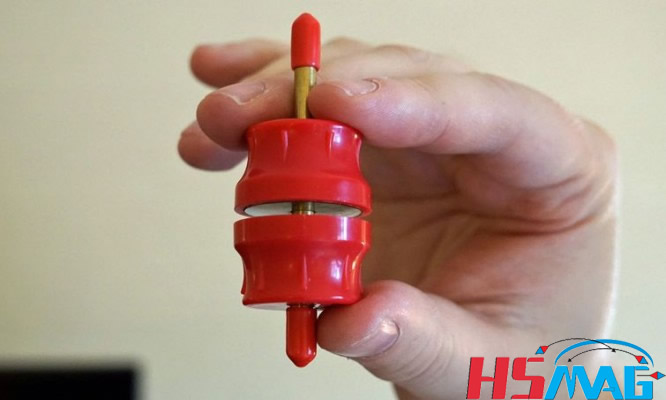 At CMR’s CES Suite, we got a chance to see Polymagnet technology in action on a number of different prototypes. Though the company is not allowed to disclose the names of its partners and their products, it’s likely that a 2-in-1 with a high-quality attachment mechanism is using its magnets. CMR holds 135 patents for complex, patterned magnets so few competitors can duplicate its technology.

The Microsoft Surface Book is one example of a laptop that appears to use Polymagnets. Using a piece of magnetic viewing film, which allows you to see magnets under the surface of a device when you hold it over that area, we noticed that the Surface Book has a set of both large and small magnets, a complex pattern. CMR couldn’t confirm or deny whether the Surface Book, Google Pixel C, HP Spectre X2, Lenovo Miix 700 or Dell XPS 12 contain its technology, but all use magnets to align the tablet with the keyboard. 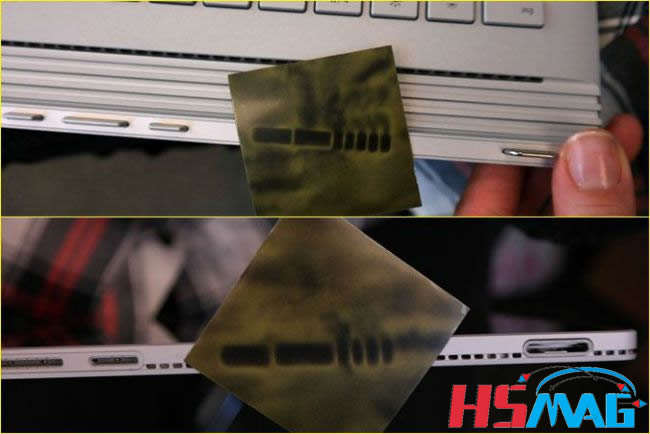 small, rectangular magnets for mechanical wires of the Surface Book

When we held our magnetic viewing film over the Pixel C’s keyboard base, we noticed a set of small, rectangular magnets on its bottom side and they appear to be holding the black flap at the top of the keyboard flat. However, another set of magnets at the top of the flap attract to matching magnets on the back of the tablet which allow it to pop up and become a kickstand that holds the slate up for typing. 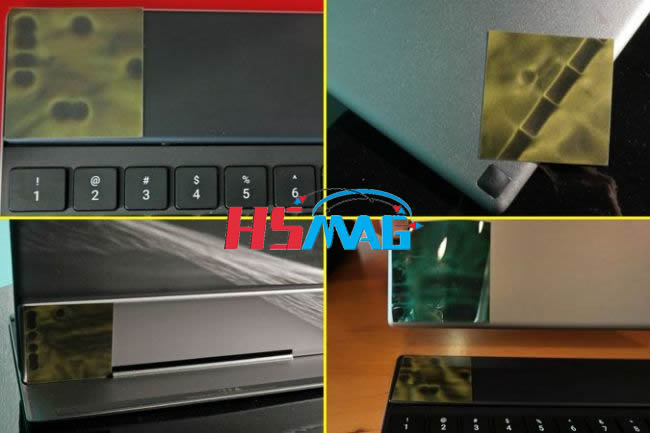 magnetic viewing film over the Pixel C’s keyboard base

CMR’s three most important types of magnets are its latch, spring and spring-latch units. The latch magnets, as their name implies, have a strong attraction so that the two objects (ex: a tablet and dock, a phone and its stand) fit together snugly. He showed us a prototype laptop with a latch magnet in its base and a matching magnet at the top of its screen bezel. When we closed the lid, the magnets weren’t lined up so the deck repelled the bezel, preventing it from shutting the whole way. However, when we moved the slider left, the magnets aligned to attract each other so the lid shut tightly without our applying any additional force to it.

The spring magnets attract each other from far away, but repel when they get closer so that they can’t touch. The Surface Book described above is a good example of a spring magnet, because it brings the lid close to the dock, but then offers resistance for the last few millimeters.

Spring-latch magnets combine the two other approaches, serving as a spring until you rotate the magnet to just the right position where it clasps closed as a latch. This type of magnet could be particularly useful, not just in 2-in-1s but in magnetic connectors that must be inserted in a particular orientation. 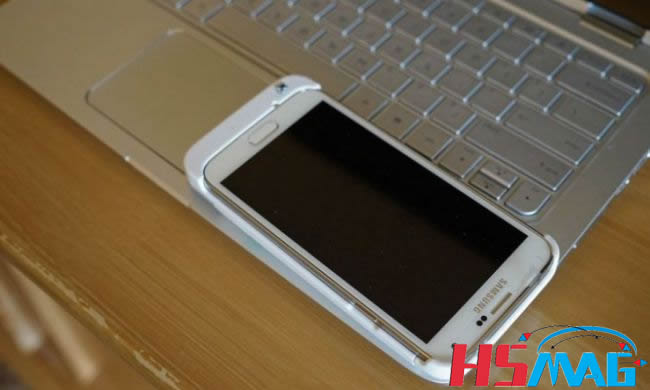 Polymagnets base latched phone in the touchpad

Keane showed us a prototype laptop with Keyssa’s wireless transfer technology embedded in its deck. To copy files between the laptop and a phone, which was encased in a Keyssa sleeve, we had to align the handset perfectly with the receiver in the deck, an action that was easy to perform because of Polymagnets in the base, which only latched to the phone when it was right over the correct spot in the touchpad. Smart Magnets

Polymagnets appear, not only in laptops, but also in a variety of other devices and accessories. Last week, phone accessory maker On You announced a new magnetic case and armband that holds your iPhone 6 or 6s in place, even as you go jogging. In a demo at CMR’s booth, we saw a sample magnetic phone stand and phone case, which stayed latched together even as we shook and rotated the phone. Smart Magnets

By making its magnets available to the public, CMR hopes to help makers and startups who need to build a single prototype. We can imagine robots, cases, docks and many other tech products benefitting from the company’s spring and latch magnets.Smart Magnets

Magnets for Taptic Engine on iPhone and Other Devices

How To Send Magnet Inquiry For Common Buyers