In 2009 the Consumer Product Safety Commission banned the sale of children’s toys that included super-strong magnets. It had received dozens of reports of kids swallowing them, resulting in serious injuries and in one case death.

But the problem didn’t go away. The magnets have been repositioned as adult toys, sold in packages of hundreds of BB-sized balls that can be formed into countless shapes, such as a striped tie featured on the cover of a recent Brookstone catalog.

And kids are still ingesting them. A group of 17 pediatric gastroenterologists recently met with the CPSC about the number of serious stomach and intestinal injuries they continue to see when kids swallow the magnets. Some doctors recommend banning their sale altogether. 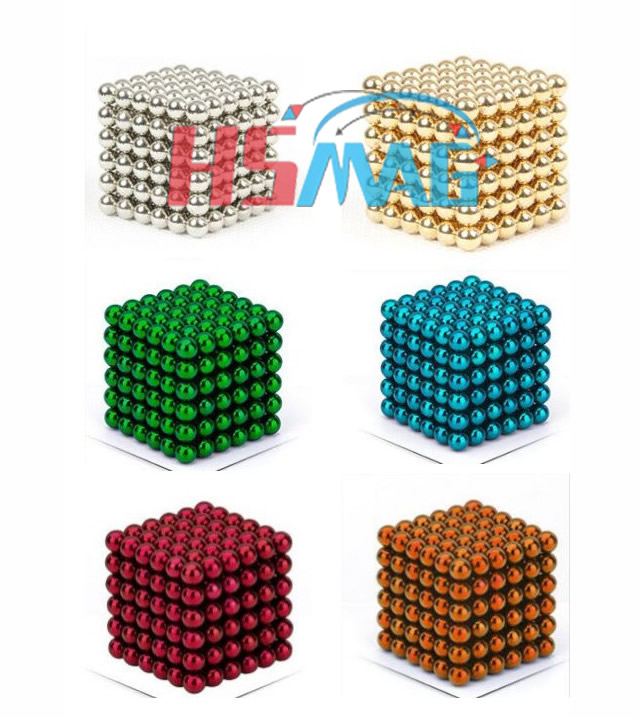 The magnets, which are made of the rare-earth mineral neodymium, stick together with such force that if they’re ingested, they can bore holes in the stomach or intestines, sometimes causing blood poisoning and requiring emergency surgery. After swallowing eight magnets in April, 22-month-old Braylon Jordan of Kiln, Miss., needed to have almost all of his small intestine removed, leaving him dependent on intravenous nutrition. Watch video, above.
The marketplace for such magnetic toys has flourished. It includes brands such as Buckyballs, Magnet Balls, Zen Magnets, and NeoCube, the first to hit the market in 2008. The magnets have been marketed as adult desk toys; their labels state they’re intended only for grown-ups or age 14 and older. But despite labeling changes and prominent warnings on products such as Buckyballs, doctors worry that they’re sometimes marketed inappropriately online. For example, Toys “R” Us sells Buckyballs online, promoting the set “for endless hours of play,” with no warning or age restriction. A Kmart online listing for a set of 216 Buckyballs incorrectly notes it is for ages “12 & older” and carries no other warning.

“Even when parents are aware of the risks of these products, keeping them out of the reach of young children is difficult,” says Robert E. Kramer, M.D., associate professor of pediatrics and director of endoscopy at Children’s Hospital Colorado. “With hundreds of tiny balls in one set, a few may drop on the floor or in furniture, and you wouldn’t even realize they’re missing.” He says that at least 15 patients have been treated at his hospital since 2010 after swallowing such magnets.

Incidents despite warnings
Patients include even older children. Mariah Montoya, 12, was treated in January at the Colorado hospital after she accidentally swallowed three Buckyballs after some friends dared her to try a fake tongue piercing.

Should such novelty products be on the market if they can cause serious injuries in the wrong hands? “Provided appropriate precautions are taken to ensure that the purchaser understands how to use it correctly and is warned not to use it incorrectly, we believe the answer is yes,” says Craig Zucker, CEO of Buckyballs manufacturer Maxfield & Oberton. Buckyballs generate annual sales of $25 million, according to the company.

A recent report by the nonprofit child safety group Kids In Danger analyzed reports filed with the CPSC since January 2010 and obtained under the Freedom of Information Act or posted on SaferProducts.gov. At least 38 cases involving BB-sized magnets were reported; 17 children required surgery and eight children required other medical treatment.

CPSC spokesman Scott Wolfson says the risk posed by the magnets “is a very high-priority hazard for the agency right now.” He says all options including recalls and a ban are on the table for consideration. Given the severity of risk and continued injury despite warnings and sale bans to small kids, Consumers Union, the advocacy arm of Consumer Reports, believes that such products should be removed from the market. Sen. Kirsten Gillibrand of New York recently called for a retail ban on the magnets. On July 25, 2012, the CPSC filed a lawsuit aimed at stopping the sale of Buckyballs.
Mark Gilger, M.D., chief of pediatric gastroenterology at Texas Children’s Hospital, says you shouldn’t have these magnets in your home if you have children, and if you suspect a child has swallowed any, seek emergency medical care.

About magnetic toys and novelties

Small, strong magnets are used to attach parts in many children’s toys, or to make toys magnetically stick to other play objects.

Risks and injuries
Magnets can be dangerous to children if swallowed, causing infections and other serious injuries. If a child puts a magnet in their mouth they can choke if the magnet lodges in their throat and blocks their windpipe.

If a child swallows a number of magnets, the magnets can lock together through the walls of the intestines and cause perforations and blockages. Urgent surgery is required to remove the magnets in order to avoid serious medical complications or death.

Safe use
Keep toys with strong magnets, or magnetic parts that are small enough to be swallowed, away from young children.
Always watch an infant when they are playing with toys that have magnets, to ensure they do not go in the child’s mouth.
Always dispose of toys if their magnets become loose.
If you suspect a child has swallowed magnets, seek urgent medical assistance.