Magnetic therapy is an alternative medical practice that uses static magnets — usually in the form of bracelets, rings, wraps and shoe inserts — to alleviate pain and other health concerns. The medical community largely considers these magnetic products to be based on pseudoscience and devoid of any therapeutic value beyond the placebo effect.

Indeed, many well-conducted studies over the past three decades have shown that static magnetic devices offer no more or no less benefit than sham devices devoid of a magnet, in essence demonstrating the placebo effect magnets have on their users. 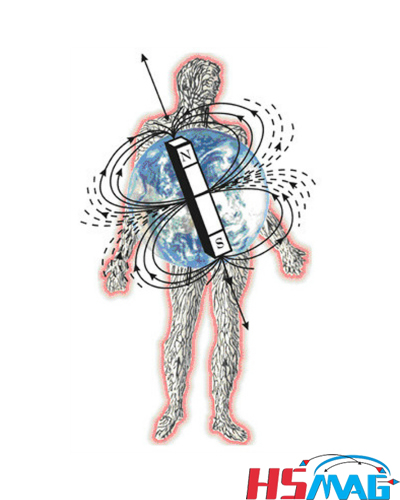 Nevertheless, magnetic therapy remains extremely popular, with sales of therapeutic magnets greater than $300 million in the United States alone, according to various estimates.

How it’s supposed to work
As with many forms of alternative medicine, magnetic therapy is based on reasonably sounding yet unscientific principles.

Magnetic therapy dates back millennia, as traditional healers attributed healing properties to the mysterious phenomenon of magnetic lodestones. Many such healers believed, in earnest, that the stones could draw disease from the body. Today, the most common, purported mechanism of action is that the magnet improves blood flow of the underlying tissue.

This sounds plausible because blood contains iron, and magnets attract iron. But iron in blood is bound to hemoglobin and actually is no longer ferromagnetic (that permanent kind of magnetism that keeps magnets on a refrigerator, for example). Instead, blood is diamagnetic when carrying oxygen and paramagnetic when not carrying oxygen. In either case, the attraction is weak and not permanent.

This is a good thing. If blood was ferromagnetic, you would essentially blow up when undergoing an MRI scan, in which the magnets used are thousands of times more powerful than those incorporated into magnetic bracelets and the like.

Regardless, the magnets used for this kind of therapy have magnetic fields that are generally too weak to penetrate your skin. You can test this by observing the weak interaction between a magnetic shoe insert and a paperclip when separated by a sock. Human skin is about 3 millimeters deep, thicker than some socks.

Life flow or no, safety studies for powerful MRI scans reveal no discernable effect by magnets on the body.

What the studies say
Implausible physics aside, scientific studies on human subjects have failed to show the efficacy of using magnets to treat pain or joint and muscle stiffness. One of the largest studies was published in 2007 in the Canadian Medical Association Journal — a systematic review of numerous previous studies on static magnets.

While some smaller studies in this review reported therapeutic value, larger studies did not. The researchers concluded: “The evidence does not support the use of static magnets for pain relief, and therefore magnets cannot be recommended as an effective treatment.”

One positive result often cited by magnetic therapy advocates is a 1997 study from Baylor College of Medicine, titled “Response of pain to static magnetic fields in postpolio patients: a double-blind pilot study.”

This study, led by Carlos Vallbona, reported “significant and prompt relief of pain in postpolio subjects” through the use of a 300-500 gauss magnet (about 10 times stronger than a refrigerator magnet) for 45 minutes on the affected area of 50 patients in pain.

This was a respected, albeit small, study by a respected research group. Rarely noted, however, is the fact that this was only a pilot study. Vallbona never duplicated the results in a larger study and, in fact, never published again on the topic.

Magnets that do work
Magnetic therapy should not be confused with pulsed electromagnetic field therapy (PEMFT), which is used for bone healing and, more recently, for depression.

In PEMFT, instead of a relatively weak static magnet, doctors use a special machine to apply pulses of intense electromagnetic energy to the affected area to initiate healing. For bone fractures, the pulses induce electrical signals at a subcellular level that stimulate chemicals in the cells to repair damaged tissue.

This therapy dates back to the early 1900s and Nikola Tesla, one of the pioneers in the use of electricity. In the United States, the technique was first used on animals, such as racehorses with broken bones, before being deemed safe for humans in the 1970s.

With numerous supportive studies published, the medical establishment now widely accepts PEMFT for certain types of bone fracture repair. PEMFT for pain management, wound healing and depression appears promising, according to medical studies, but this use of PEMFT is generally less accepted by medical practitioners.