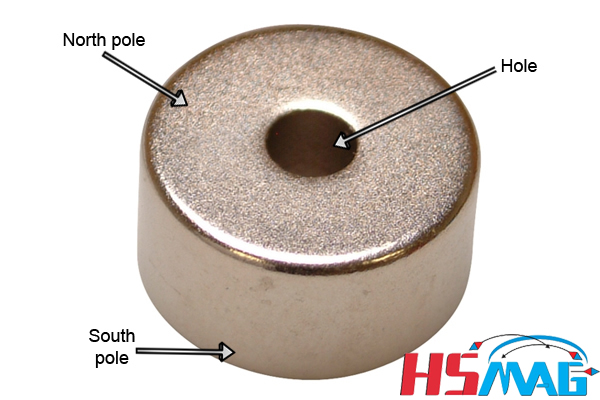 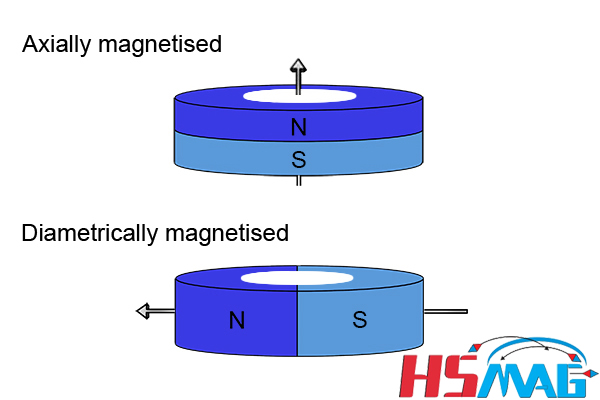 Hole
Ring magnet with labelled hole
The hole in the ring magnetic disc is created at the time of manufacture and has the same diameter through the entire depth of the magnet.

This distinguishes it from the hole in a countersunk magnetic disc, which tapers from one magnetic face to the other, in the shape of a cone . 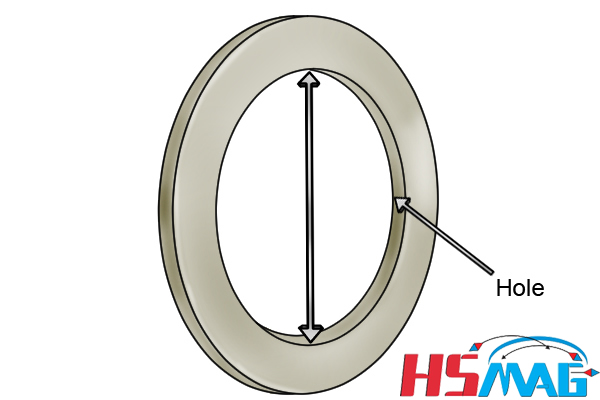 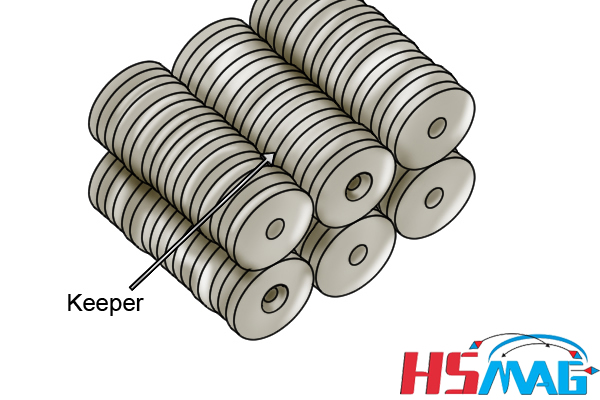 The keeper is a soft piece of iron temporarily added between the two ring magnetic discs, when multiple magnetic discs are stored together, to prevent them from demagnetising. Magnetic ring parts 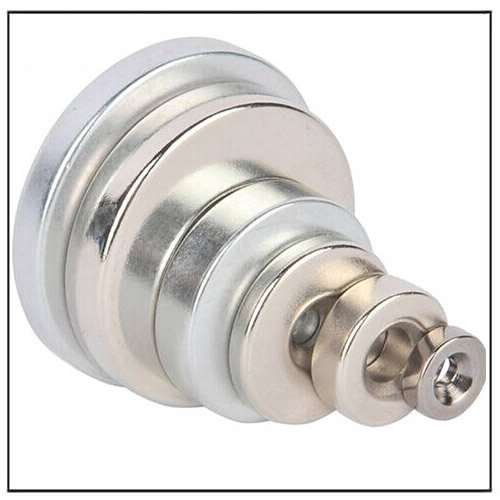 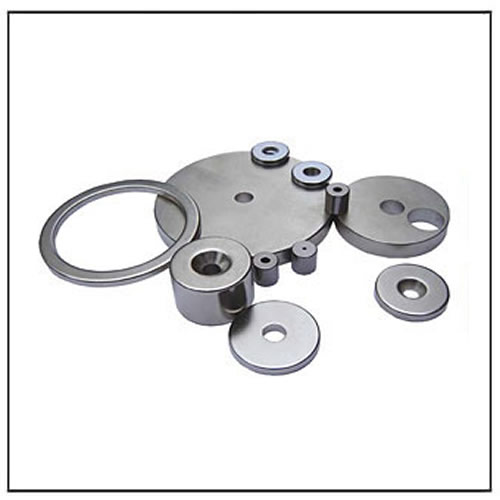 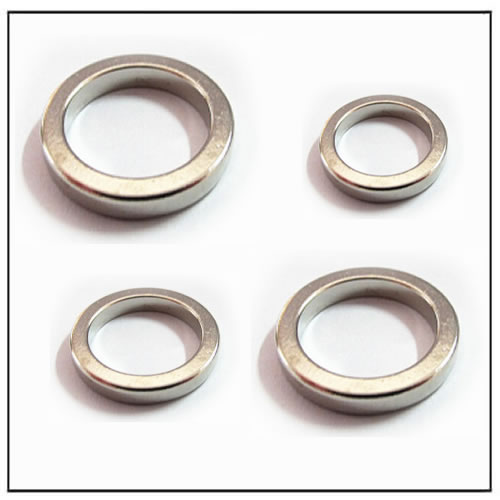