Magnetic Pottery – Evidence of Earth’s magnetic field is all around us. Animals use it to navigate, the spectacular display of the Aurora Borealis is generated by it, even your compass pointing north—all possible because of this mysterious force. However, while we experience the benefits of the magnetic field on a daily basis (we wouldn’t have an atmosphere without it either), its effects are nothing new. The magnetic field has quietly been at work for millennia.

With something almost as old as Earth itself, it can be difficult to gauge patterns and trends. scientists are able to trace magnetic activity back millions of years with the help of various geologic structures such as ocean bedrock and fossilized volcanic ash. And while these rocks give us a snapshot at certain prehistoric moments in Earth’s magnetic history, they aren’t very pricise. For this, scientists turned to an unlikely source. 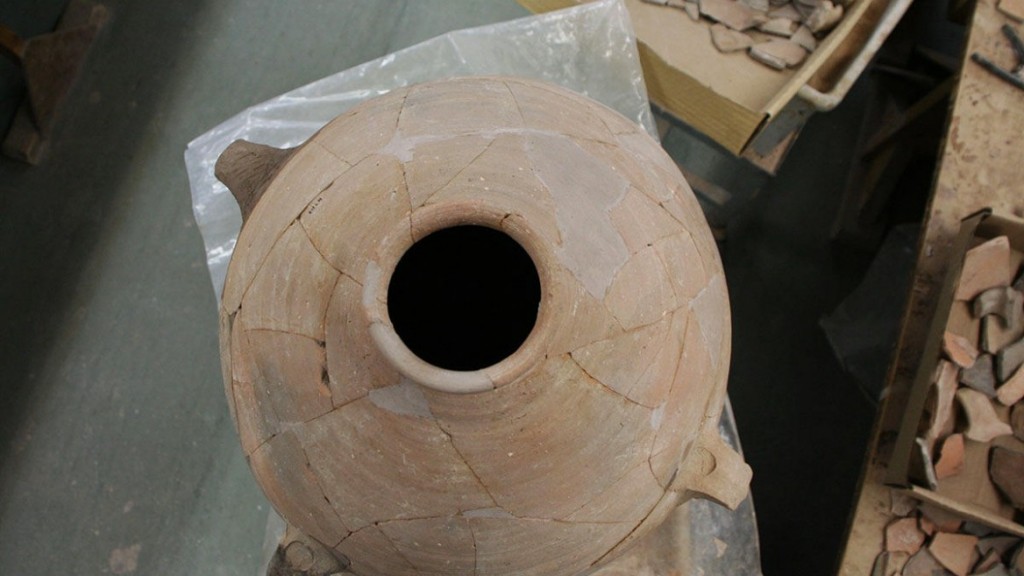 Magnetic Pottery – While not as old as the magnetic field, pottery has evolved alongside humankind. In fact, it is one of the oldest trades in the world. Because of its longstanding history, humble clay pots can often tell us a lot about the planet’s past. History, culture, and even geology are all evident in the pottery of various areas and regions. However, this isn’t everything pottery has to teach us. Scientists from from the US and Israel are studying the actual composition of ancient pots found in the Middle East, allowing them snapshots in major magnetic field fluctuations throughout history.

In a piece published by The New Yorker, Marcia Bjornerud explains, “natural rocks aren’t the only ones with magnetic memories; archeological materials like fired pottery and even smelting slag may bear similar information.” In fact, they may even be better indicators of the magnetic field’s history. When clay pots are baked in a kiln, the are heated to extreme temperatures. As magnetic materials are exposed to hotter and hotter conditions, their magnetism begins to lock in place, giving researchers a pretty clear indication of what the magnetic field looked like at the time.

Magnetic Pottery – What is so exciting about these particular pots is that their magnetism fills in some gaps in our understanding of magnetic activity. Researchers were able to approximately date the pots to around 500 BC, making them 2,500 years old! While these ancient artifacts are able to tell us about the exact state of magnetic activity on Earth, they provide the added benefit of dating other historic items. Knowing what the magnetic field looked like in one piece of pottery allows archaeologists to determine the dates of other discoveries by matching the composition of their magnetism.

While the phenomena of magnetism and the magnetic field are just downright cool on their own, applying their principles to other disciplines proves invaluable.