When a magnet is placed under the viewing film, the tiny metal flakes respond to the magnetic field, forming shapes similar to the pattern of magnetization. The white line(s) show the separation between the north and south poles of the magnet. Add a ruler to the equation and you can measure poles per inch.

While multiple poles spaced closely together can increase holding power, they can reduce the reach of the magnet. Inversely, when fewer poles are present, magnetic reach increases, but on contact, holding power is reduced.

This green magnetic viewing film will become lighter or darker when a magnetic field is applied. It turns dark when the field lines are perpendicular the the surface, and it turns light when the field lines are horizontal, i.e., across the surface. If a magnet is placed under it, with one of the poles facing the film, it will show the magnet as dark with a light outline. The effect gets interesting when you have lots of magnets, or magnets that are polarized in a unique way. The entertainment value of this stuff is unmatched, even by the likes of playing Pac-man or watching professional wrestling! 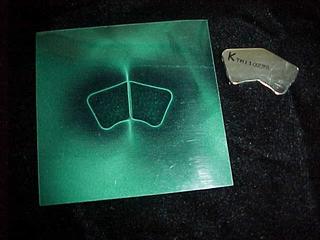 Here is the view of the fields of a surplus hard drive magnet. This clearly demonstrates how the magnet is polarized with both a north and south pole on each flat face of the magnet.

Now we start to have fun with stacks of magnets! 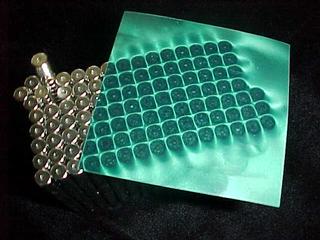 Here we have a stack of small ring magnets with the film placed directly on the poles. 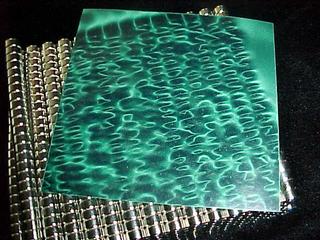 The same magnets with the film on the sides. 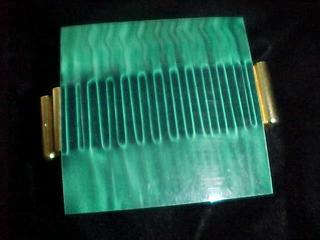 Here is the film on the sides of long rod magnets. Remember that these are polarized along the long edge of the magnets. 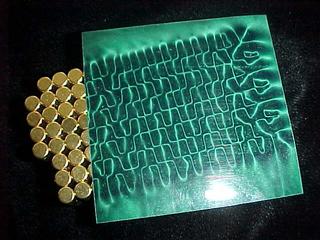 Rod magnets with film at the ends 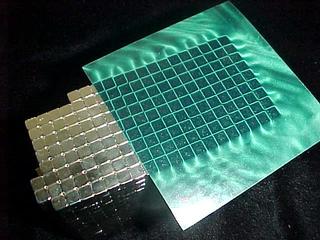 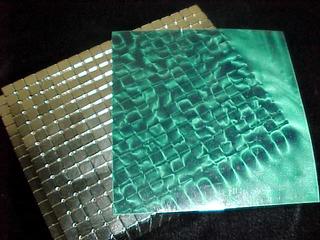 The same small cubes shown along the sides of the magnets. Although they will attract and stick together along the sides, this clearly demonstrates why the attraction is so much stronger at the poles. 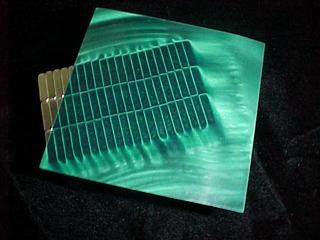 A view of the poles of some rectangular block magnets. These ones are clearly polarized along the long narrow edges. 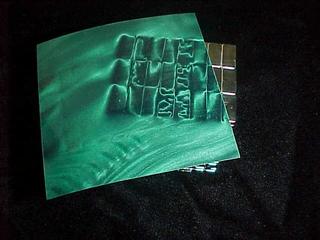 The flat surfaces through which the magnets are polarized. 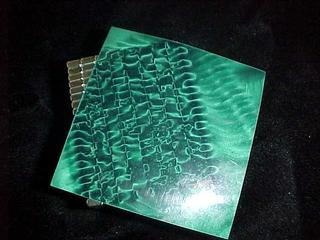 And along the short narrow edges of the same.

And now for something completely different….Spheres! 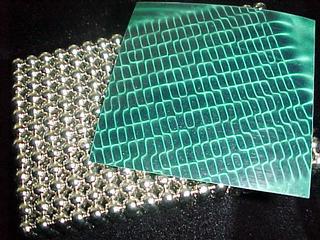 Here shows what was a surprise to me…the film over a block of 1/4 inch sphere magnets. 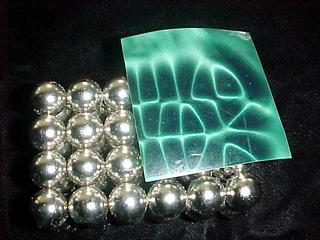 A pile of 3/4 inch sphere magnets. 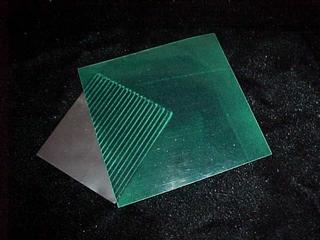 Even the most basic rubberized refrigerator magnets can be interesting. As you can see here, poles alternate in strips across the face of a fridge magnet. The field is weak on these, and with a neodymium magnet, you can easily de-magnetize them, and change the orientation of the poles. 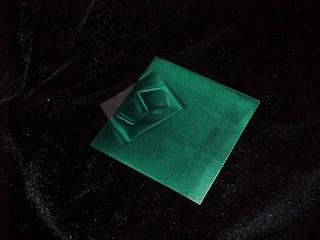 Here we applied a fridge magnet to a large neodymium magnet to “erase” it; then we placed a magnet on it briefly, and you can see that the refrigerator magnet retains a shadow of the neo magnet which is no longer there. The fridge magnet clearly has some magnetization, but much less than it used to. It will barely hold itself to the fridge, but can no longer hold a sheet of paper up.