This same film is used by professionals, like engineers, developers and researchers to find out the magnetic field distribution when a group of magnets are involved. It is also used in the fabrication industry to image the internal defect of a steel part combined with an X-Ray machine. Encased within the green film are millions of nano size magnet particles which can turn freely when close to a steel object or a permanent magnet. When the magnet particles change their orientations, the reflection rate to the light will also change so to show the magnetic field beneath it. This is why the film will change shades when a magnetic field is applied. The film turns darker when the magnetic field lines are perpendicular to the surface, and lighter when the field lines are horizontal, i.e., across the surface. If one pole is placed under it, it will show the magnet as a dark area with a lighter outline. If both poles are placed under the film, the areas close to the two poles are dark but the border of the two poles will show up as light line, so you can tell the pole orientations. 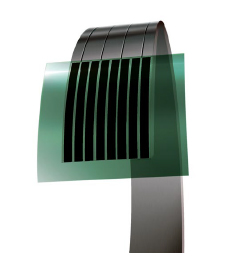 Magnetic field viewing film is used to show stationary or (less often) slowly changing magnetic fields; it shows their location and direction. It is a translucent thin flexible sheet, coated with micro-capsules containing nickel flakes suspended in oil. When magnetic lines of force are parallel to the surface of the carrier sheet, the surfaces of the flakes are reflective, and appear bright. When lines of force are perpendicular to the sheet, the flakes are edge-on, and appear significantly darker. When the film is placed on a magnet’s pole, the latter case applies.

Our pictures show the two same dimension magnets but magnetized differently. Also the film is highly flexible and can be easily wrapped around magnetic assemblies.

1. Place the film close to the magnet to observe the pattern changes so you can identify how the magnet is magnetized and where the magnetic poles are on the magnet.
2. The stronger the magnets, the better the results. We recommend neodymium magnets instead of ceramic magnets.
3. To get the same results of our pictures, be sure to use the same type and same quantities of magnets.
4. The film will not identify north or south poles. Should you need a pole identifier, you can check out our pole detector listings.
5. Do not fold the film since it will leave a permanent wrinkle on it. 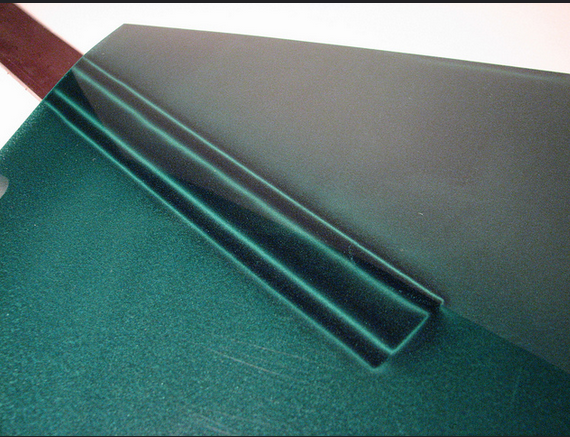