As for the term “pot magnet”, many people may have heard for the first time that the pot magnet is a kind of magnet wrapped in a steel shell and shaped like a pot, so we call it pot magnet (cup magnet), also called magnetic component. Through magnetic circuit design, the steel shell will increase magnetic force. 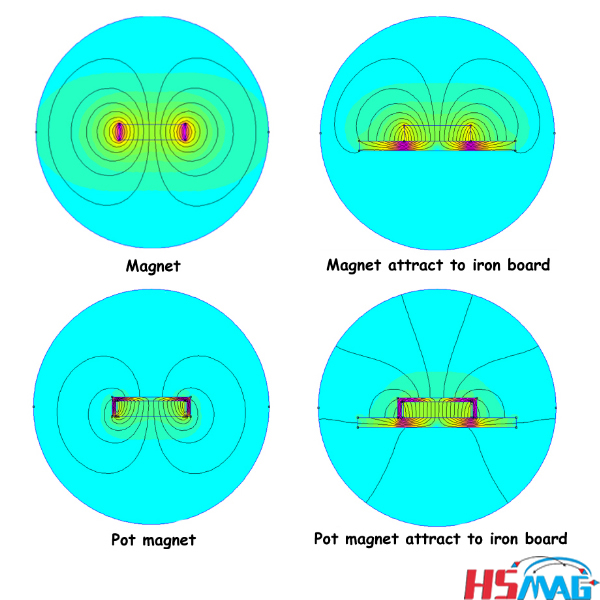 Application of pot magnet（used for）
1. Attract things
2, door stops
3. Traction lamp
4. Magnetic clamp
5. Magnetic bases
The above is the whole content of today, if you need to quote or proofing , please contact us.