What are magnetic base types?

What are magnetic base types? 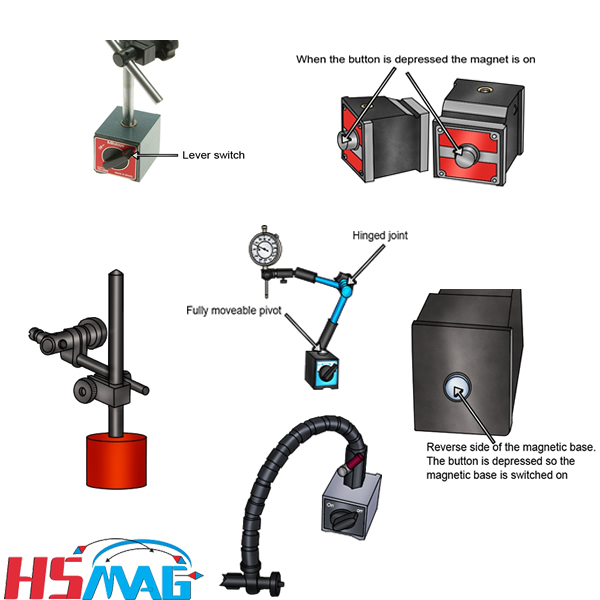 The arm is attached to the post via a clamp which can be loosened to allow the user to reposition the arm.

Flex arm is a linked system of tube sections with ball joints.
Flexible arm bases
This type of magnetic base has a flexible arm fitted.

These are suitable for getting into any hard-to-reach areas which may not be accessible with a regular base.

A ball and joint system, allows for repositioning.
Hydraulic magnetic bases
These are so called as the magnetic base has a hydraulic arm attached to it that pivots on a ball and joint. Unlike bases with a solid supporting post, joint, and arm, when the adjusting screw or tension knob is turned on a hydraulic base it creates a high hydraulic pressure within the joint that fixes the arm rigidly in place.

Hydraulic arms reduce vibration and movement when in use
Permanent magnet, of less magnetic force and no on/off button.
Mini magnetic bases
A mini base is a permanent magnet which does not have an on/off function. The base is smaller in size and designed for quick measurements in tight spaces.

These are often used with dial indicators. 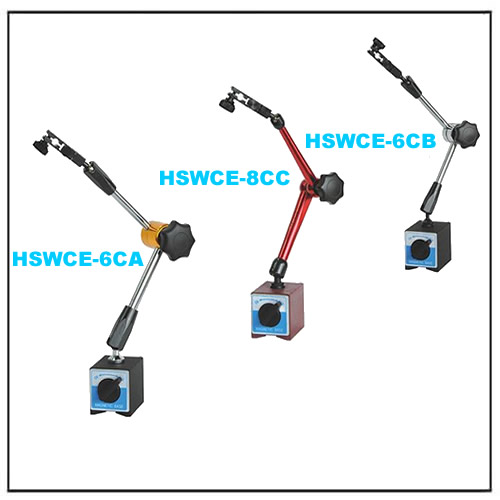 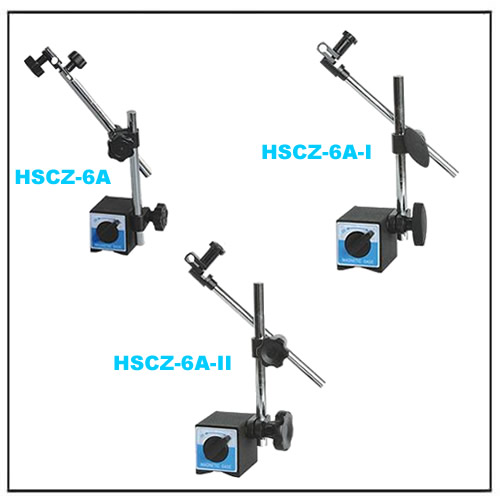 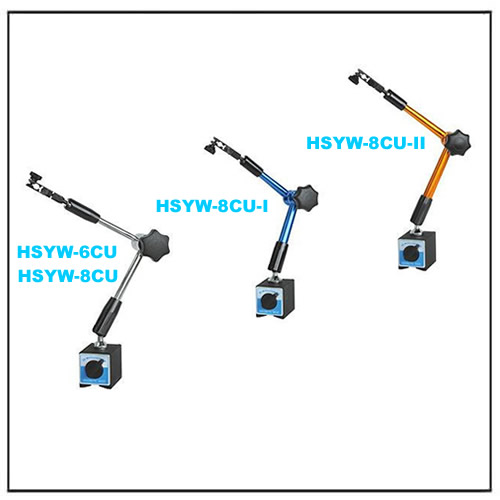 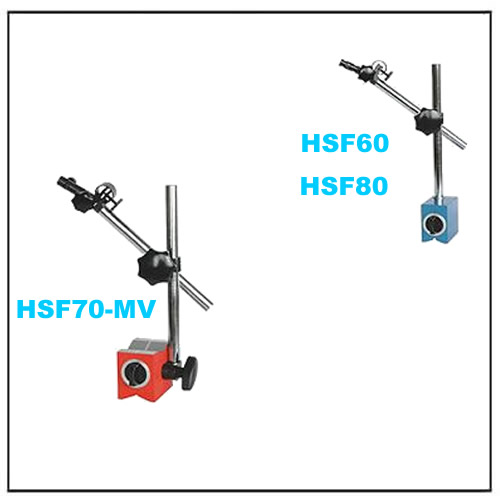 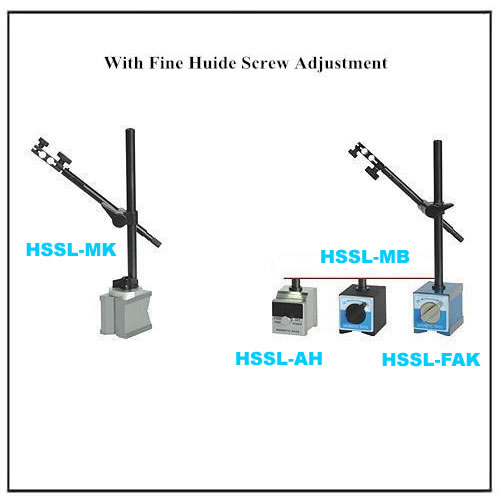 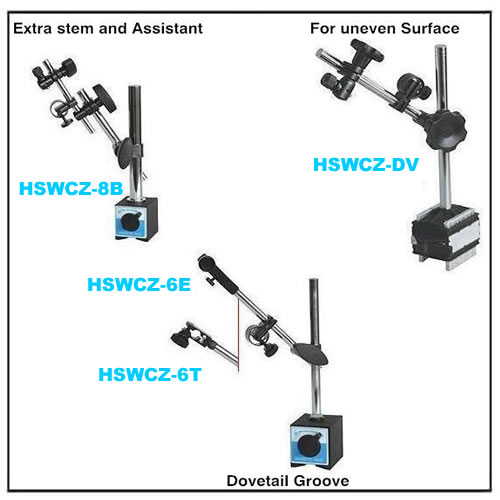