How is Magnet Strength Measured?

How is Magnet Strength Measured?

Permanent magnets are those objects that are magnetized and will stay magnetized forever. One can make a permanent magnet by taking a hard ferromagnetic substance, like hard iron, lodestone, cobalt, and a number of rare earth metals, and magnetizing it strongly. Soft ferromagnetic substances may gain a temporary magnetic field, but will tend to lose it rather quickly. Electromagnets, on the other hand, consist of coils of wire that gain a magnetic field when electricity is run through it, but lose it immediately when the electricity ceases.

You can measure either the overall magnetic strength of a material, known as its magnetic moment, or its local strength, known simply as its magnetization. The magnetic moment can be calculated for a substance depending on whether it contains an inherent magnetism or a magnetism caused by an electric current. If the magnetism is inherent, the magnitude of each elementary particle within the material can be measured and the net moment can be determined. If caused by an electric current, one has to track the magnetism of the electrons flowing through the object. 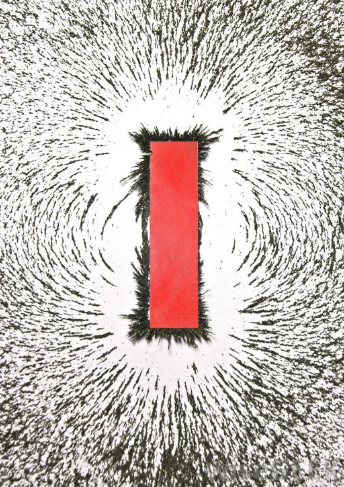 How is Magnet Strength Measured

It is important to note that often the gauss rating given for a magnet does not actually reflect the surface magnetism of the object. Generally, the magnet strength as calculated on a commercial magnet will reflect the core strength of the magnet, which may be substantially stronger than the surface strength, and will drop off as you get away. For example, a magnet that might measure 3000 Gauss just off the surface of the magnet would measure 2500 Gauss as you went away from the magnet even a slight bit. For this reason, some manufacturers offer alternative measures of magnet strength that help give people a better idea what they’re getting.

In recent years, as rare earth magnets have become popular for home use, magnet strength has begun to simply be given in terms of pull strength, referring to how much weight the magnet can pull, as measured by a Pull-Tester. It should also be noted that magnet strength can be affected by many conditions, including electricity, heat, and in some cases humidity. Magnet strength also drops off exponentially as you get further away from the surface, so a magnet that is very strong right up against it will have no pull when you step away.