Laminated magnet is to cut the whole magnet into many small magnets, and then use specific glue to bond together. These small magnets are insulated from each other and can down lectromagnetic eddy current. 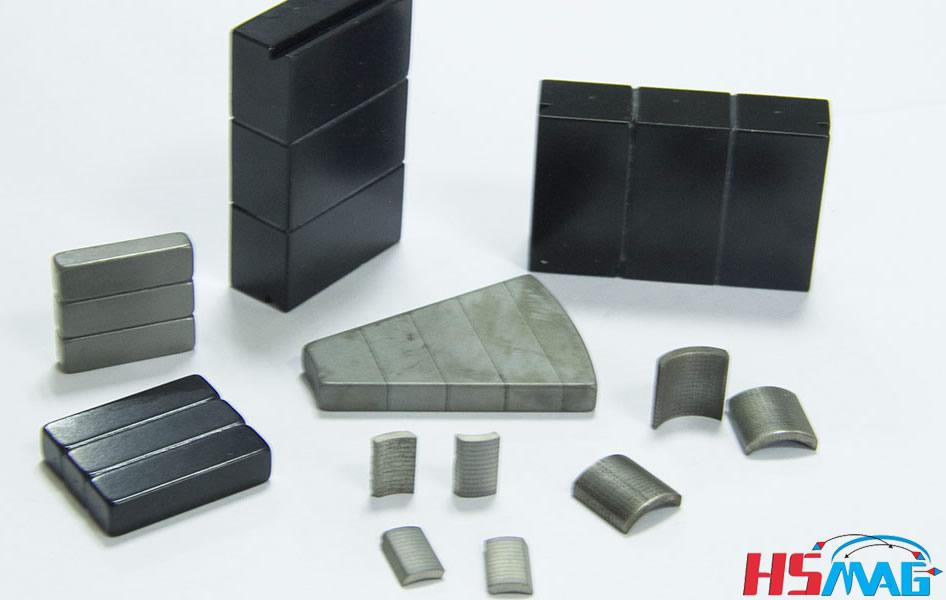 When the permanent magnet motor is running, the motor will generate harmonic and the magnet will generate skin effect, these all will bring a lot of eddy current loss. And then, the temperature of permanent magnet rises, which results in irreversible demagnetization and affects the safety and stability of motor operation. So the design of laminated magnet can just cut down this risk.

Application scope:
Now aerospace, automotive, motorsport, and industrial markets are turning to laminated rare earth magnets, and are working to balance the tradeoff between power and heat.

What is magnet segmentation technique? 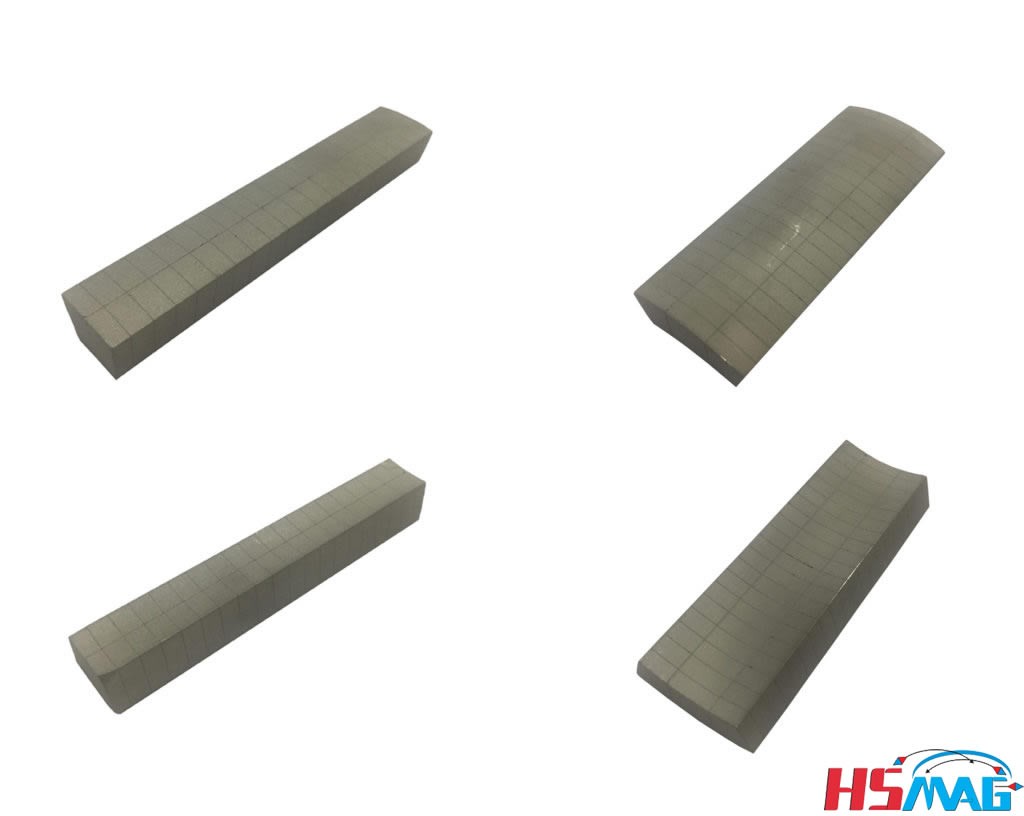 Segmentation Laminated Magnet Steel Assembly has small vortex , while remain the same performance with overall magnet assembly or even superior. Most of the rotor magnet in motor and electric car can use such a design, so to increase the application of insulated stitching magnet components .
Feature of product：
1, excellent table magnetic consistency.
2, a unique way to produce, in the production efficiency, product manufacturing accuracy and cost control has a competitive advantage.
3, the overall plating of the surface protection technology, and has excellent resistance to high temperature and humidity of the anti-corrosion properties.

How to reduce eddy current losses of rare earth magnet?

The eddy current loss of rare earth magnet can be reduced by many ways, among them, the material science researchers have proposed to prepare the high-resistivity magnet, such as:

Magnet segmentation technology is a very practical way to make high-resistivity magnet without changing the composition of the magnet.

LAMINATED MAGNETS
Reduce Eddy Current Loss in High-Efficiency Motors.
The thinnest available insulating layers, <20 um
Performance at temperatures up to 200˚C
Magnet layers from .5 mm and up in custom shapes and sizes in samarium cobalt and neodymium iron boron.
With a worldwide presence and extensive engineering expertise, Arnold can work with your design team to improve motor performance, deliver custom magnetic assemblies and even complete rotors.
Contact us to discuss how this capability can improve the performance of your application.

What is skin effect?

The internal of metal with good conductivity will generate the induced electromotive force under the external changing magnetic field, and formed the eddy current inside the metal. The Joule heating effect of the induced eddy current lead to the above-mentioned eddy current losses. Actually, the eddy current concentrates mainly on the surface layer of the conductor. This phenomenon is known as the skin effect, and the basic reason is that the changing electromagnetic field generates an opposite vortex electric field inside the metallic conductor. The skin depth δ can be described as below relation：

Where μ is the permeability of conductor; ρ is the electrical resistance; ω is the angular frequency of alternating magnetic field, ω=2πf.