Am area of the magnet, is the cross sectional areal of the magnet perpendicular to the central flux line, measured in sq.cm. at any point along its length. In design, am is usually considered the area at the neutral section of the magnet. 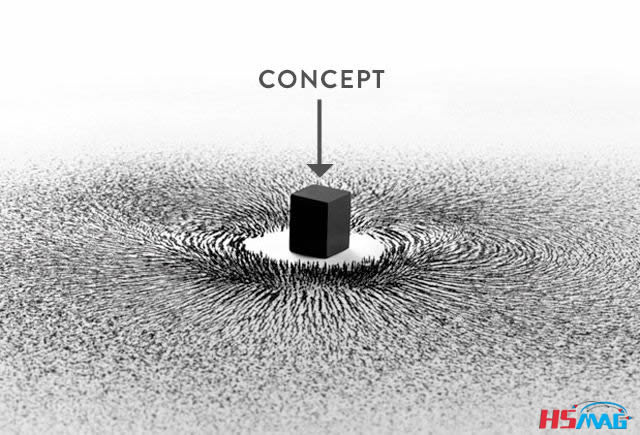 BdHd Energy product, indicates the energy that a magnetic material can supply to an external magnetic circuit when operating at any point on its demagnetization curve; measured in megagauss-oersteds.

BH Maximum energy product, is the maximum product of (BdHd) which can be obtained on the demagnetization curve.

Br Residual induction (or flux density) , is the magnetic induction corresponding to zero magnetizing force in a magnetic material after saturation in a closed circuit; measured in guass.

1. Ferrite commonly know as Ceramics, have been in production since the 1950’s. They are primarily made from Iron Oxide (FeO) and the addition of Sr and Ba through a calcining process. They are the least expensive and most common of all magnets materials. Primary grade are C1, C5 and C8. They are mostly used in motors and sensors.

2. Neodymium aslo know as Neo, these are the strongest and most controversial magnets. They are in the rare earth family because of the Nd, B, Dy, Ga elements in their composition. A relatively new group of commercial magnets, they are controversial because they are the only magnets that have been patented for both composition and processing. The patent and licensing issues are important and will be discussed later in this guide.

3. Bonded magnets all of the above materials are available as bonded grades by either extrusion, compression, calendaring or injection molding processes.The magnetic properties are lower because they sometimes lose their anisotropy and they are not fully dense due to the introduction of resins and epoxies. The main advantage to this group is that they can be made in complex shapes and ban be insert. Over-molded and co-molded with other materials.