Better lithium ion batteries, how do they work? Magnets!

Battery research focuses on balancing three competing factors: performance, lifetime, and safety. Typically, you have to sacrifice one of these factors to get gains in the other two. But for applications like electric vehicles, we’d really like to see all three improved.

In an investigation recently published in Nature Energy, scientists demonstrated the ability to use a magnetic field to align graphite flakes within electrodes as they’re manufactured. The alignment gives lithium ions a clearer path to transit the battery, leading to improved performance.

The electrodes of Lithium-ion batteries are often composed of graphite, which balances attributes such as a high energy density with non-toxicity, safety, and low cost. Graphite, composed of stacked sheets of carbon atoms, is often incorporated into these electrodes in the form of flake-like particles. 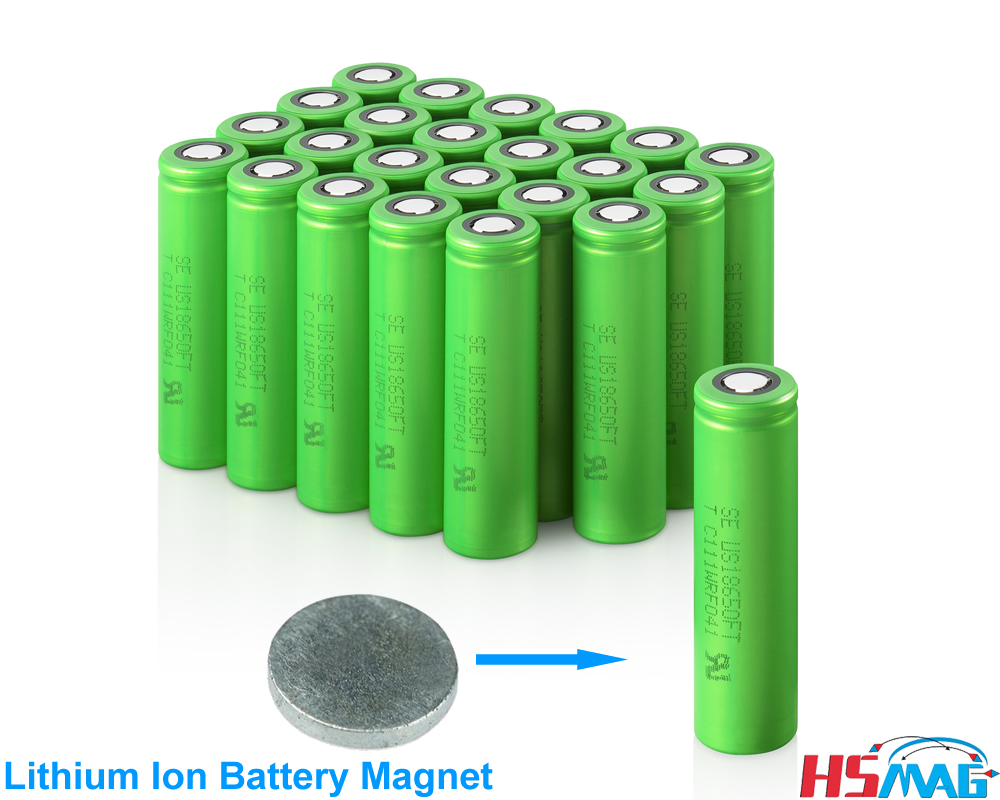 While graphite has many advantages, it has a downside: it limits the movement of lithium ions, which is a fundamental part of charging and discharging. The lithium ions are only able to move within the planes between stacked graphene sheets and often have to navigate a highly tortuous path as they move around during charge and discharge. This slow movement through the electrodes remains a critical challenge in the development of batteries with improved performance.

The authors of the new paper reasoned that it should be possible to align the graphite flakes so that they provide a more linear path for ions to move within the battery. To accomplish this, they decided to use magnetic fields. There was just one problem: graphite doesn’t respond strongly to magnetic fields.

To work around this, the scientists coated the flakes with superparamagnetic iron oxide nanoparticles. The coated graphite flakes were then suspended in ethanol. They homogenized the suspension and added a small amount of a chemical binder (2 percent by weight poly(vinyl pyrrolidone) that helped ease the alignment process. A relatively dilute suspension was needed to give the flakes enough room to move during alignment.

During fabrication of the electrodes, the graphite particles were oriented using a rotating magnetic field aligned perpendicular to the part of the battery that would exchange charges with the graphite (called a current collector). The scientists found that a magnetic field as low as 100 mT was capable of aligning the flakes. For comparison, this magnetic strength is larger than the average fridge magnet (1 mT), but significantly smaller than an MRI magnet (1.5 T). As a control, they also prepared reference electrodes in the absence of a magnetic field.

After fabrication, the team evaluated the alignment of the graphite flakes deposited under both conditions. Visual analysis revealed a clear orientation of flakes in electrodes fabricated under the influence of the magnetic field. The flakes were tilted at an angle of 60 degrees above the plane of the current collector. By contrast, the graphite flakes in the reference electrodes fell mostly parallel to the current collector. 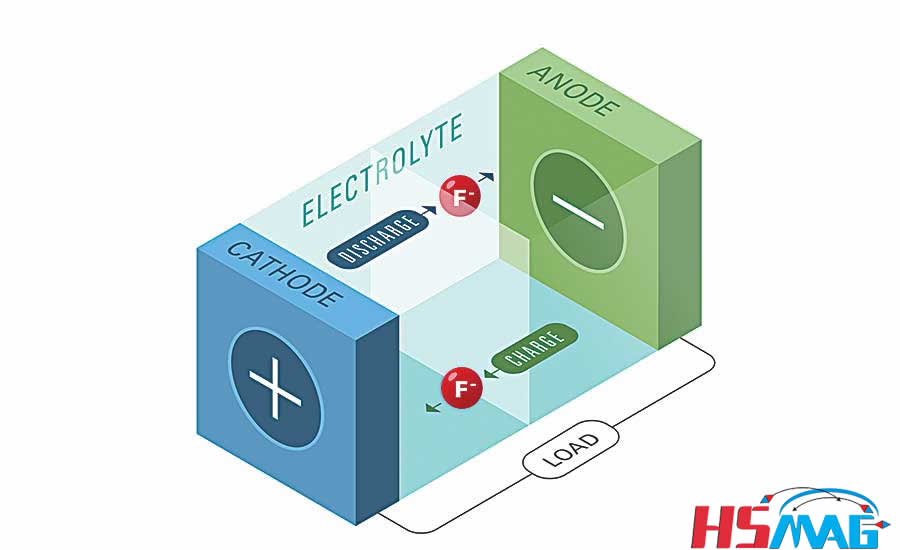 Better lithium ion batteries how do they work Magnets

Next, the scientists carried out a series of experiments to evaluate the change in the path the lithium ions needed to navigate. Overall, they saw that the magnetic field decreased the tortuosity of the paths through the electrode by a factor of 4 compared to the reference electrodes.

Finally, they evaluated how this impacted the battery performance by testing the electrode in a half-cell configuration (meaning they didn’t build a full battery). At practical charging rates, alignment of the graphite flakes increased the lithium storage capacity of the electrode by a factor of between 1.6 and 3.

This investigation demonstrates that chemistry isn’t the only important factor at play in battery design—optimization of the electrode architecture can help boost battery performance as well. Future studies will need to determine the scalability of this technique.

Exicom, a telecom infrastructure provider that is part of the HFCL group, which has been in the Li-Ion battery business since 2013, is increasing its manufacturing capacity to 1 GWh. “We already have more than 500 megawatt of deployment, mostly in telecom towers for backup application,” said Anant Nahata, managing director of Exicom. “We have been importing the cells and making battery packs in our factory in Gurugram. The demand is slowly opening up – in the EV sector, for home use, for grid scale ESS, among others – especially after the price has come down in the past 24 months. We are expanding our capacity to 1 gigawatt now.”

The global production of Li-Ion batteries stands at over 100 GWh today and is expected to climb to 273 GWh by 2021, according to data from Bloomberg. Electric vehicle (EV) maker Tesla has the biggest factory that will produce 35 GWh annually when its so-called Gigafactory is fully built out in 2018 in Nevada, US. Most of the remaining capacity is coming up in China, with India not even a blip on the global batteries production map in most projections.

Most common devices that use Lithium Ion battery technology are smart phones, laptops and power banks. There are also less common devices such as drones. LiPo drone batteries were made with new technology which is Lithium Polymer.

If it happens that you might think your laptop battery draining to fast because of proximity of a magnets, and you want to replace it, then I strongly suggest you to read my article of what you should know before you take action to replace a laptop battery.

Also, I suggest you to read my best maintenance tips of a power bank, in case you have a one and you want the best performance from it.

So, what about the Lithium Ion batteries in the cell phones and laptops? There is a huge variety of electronic devices that use Li-Ion batteries. So do magnets affect lithium ion batteries?

There are two major ingredients that Li-Ion batteries have, and this are Lithium and Carbon or Graphite. Lithium is not magnetic because it’s a alkali metal. Adding magnetic charge to Lithium itself will not do anything. Inside Li-Ion batteries are also and Carbon which is Propylene carbonate.

This kind of carbon is organic mixture and it’s rated as low grade magnetic field. Which means that any kind of magnet that you have at your home will not have any effect on Lithium Ion battery. Perhaps you are near the high power magnets for scientific testing, then your battery will be in danger.

But most scientific laboratories won’t allow electronic devices inside a testing environment, so it will tell you to leave any electronic device or metal on a reception or anywhere outside the testing room. We also have that powerful rare earth magnets which are Neodymium magnets, silver ones.

You might ask what about them, they are strong. This magnets are strong, but not strong enough to have any meaningful effect on Li-Ion batteries. And also fridge magnets, this are weaker than Neodymium magnets, so it will not damage your Lithium Ion battery for sure.

There is a study that scientists made with Li-Ion batteries and magnets in order to get better performance out of batteries. They present the ability to use magnetic field to align carbon graphite flakes within the electrodes as they are manufactured. This alignment gives lithium ions clear path to travel through the battery, which they get a better performance, and scientists made a success.

The conclusion here is that it is not all about changing materials to make batter batteries, it is also with optimising the older technology to work better. And we saw in this case magnets does not have any negative effect on Lithium batteries, they even improved battery performance even more. 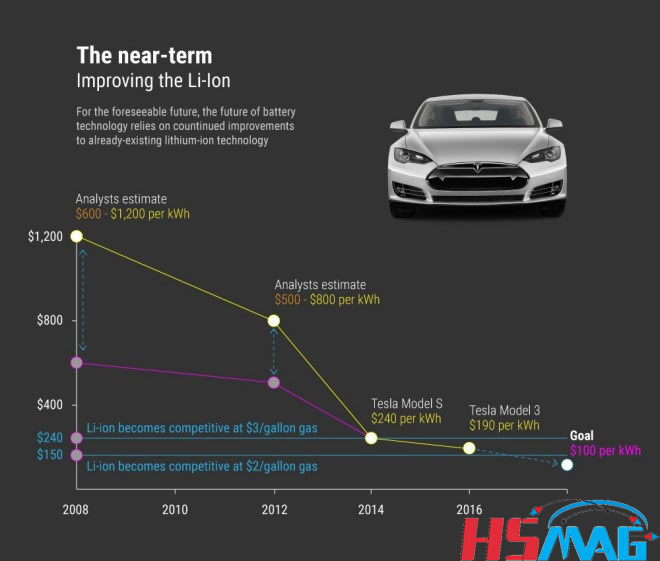 The impact of lithium ion battery to magnet industry mainly from supply and price of cobalt. According to related statistic date, the battery industry constitutes a large part of cobalt consumption structure of the world (left) and China (right).

The customer base of 3C battery is very huge, and will be increased steadily for the indefinite future. 3C battery is still a decisive factor of world cobalt consumption. Power battery of the electric vehicle is also treated as a new growth point of cobalt consumption. It could be argued that the lithium battery industry has a significant impact on the supply and price of cobalt resource. Finally influenced the price of the permanent magnet with cobalt element, such as SmCo magnet and Alnico magnet.

After petroleum and rare earth, cobalt resource battle has been competed allover the world, and carmakers and consumer electronics firms have already layouts upstream supply chain of cobalt. Democratic Republic of Congo is the biggest cobalt reserves in the world.

Lithium-ion batteries are incredibly popular these days. You can find them in laptops, PDAs, cell phones and iPods. They’re so common because, pound for pound, they’re some of the most energetic rechargeable batteries available.

Lithium-ion batteries have also been in the news lately. That’s because these batteries have the ability to burst into flames occasionally. It’s not very common — just two or three battery packs per million have a problem — but when it happens, it’s extreme. In some situations, the failure rate can rise, and when that happens you end up with a worldwide battery recall that can cost manufacturers millions of dollars.

So the question is, what makes these batteries so energetic and so popular? How do they burst into flame? And is there anything you can do to prevent the problem or help your batteries last longer? In this article, we’ll answer these questions and more. 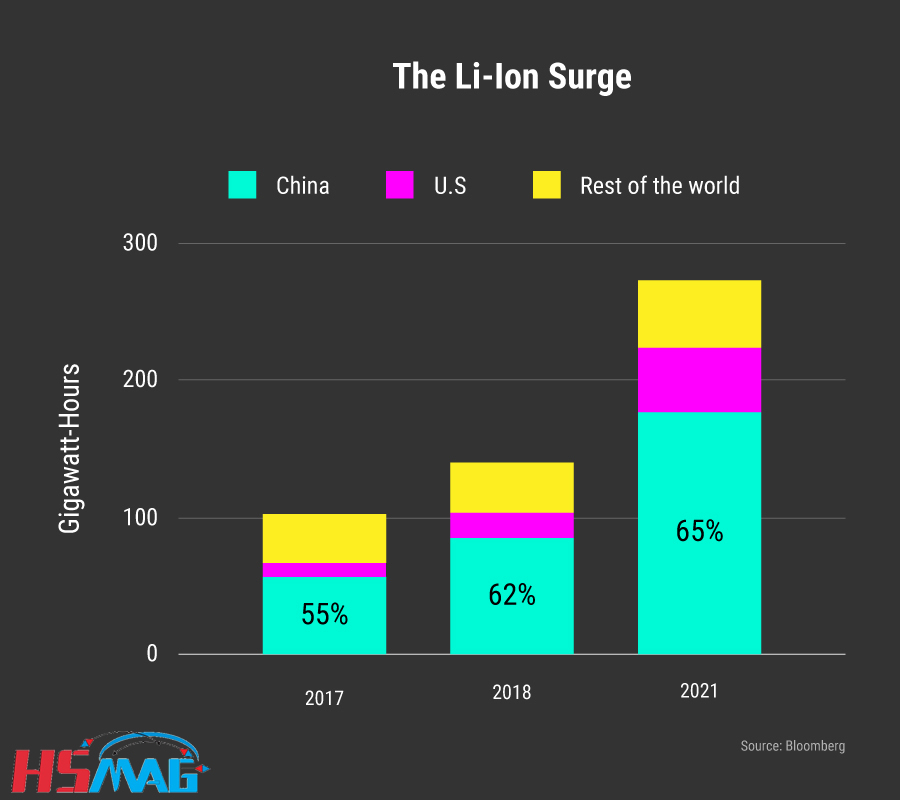 Lithium-ion batteries are popular because they have a number of important advantages over competing technologies: