The Light Rare Earth Elements (LREE), light-group rare earths, or LREE are a subset of the lanthanide series of the rare earth elements, which are themselves a special set of transition metals. Like other metals, the light rare earths have a shiny metallic appearance. They tend to produce colored complexes in solution, conduct heat and electricity, and form numerous compounds. None of these elements occurs in pure form naturally. Although the elements are not that “rare” in terms of element abundance, they are extremely difficult to isolate from each other. Also, the minerals that bear rare earth elements are not uniformly distributed across the globe, so the elements are uncommon in most countries and must be imported. 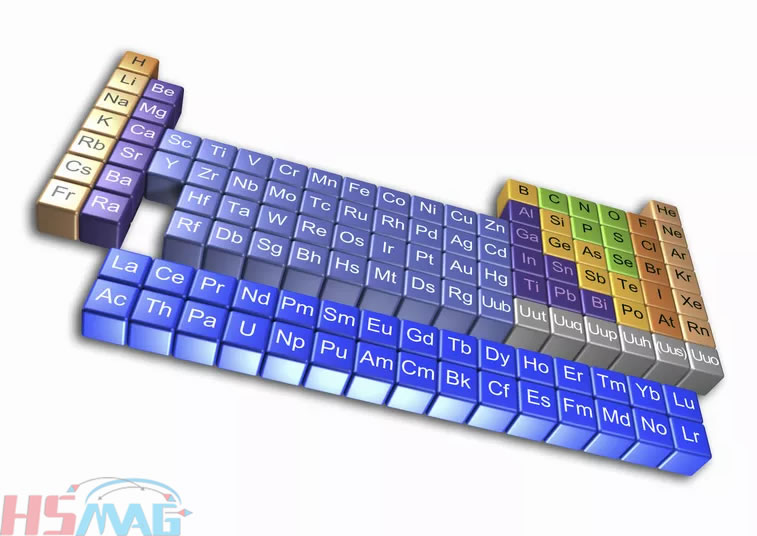 You’ll see different sources site slightly different lists of elements classified as LREEs, but the US Department of Energy, US Department of the Interior, US Geological Survey, and national labs use a very specific set of criteria to assign elements to this group. 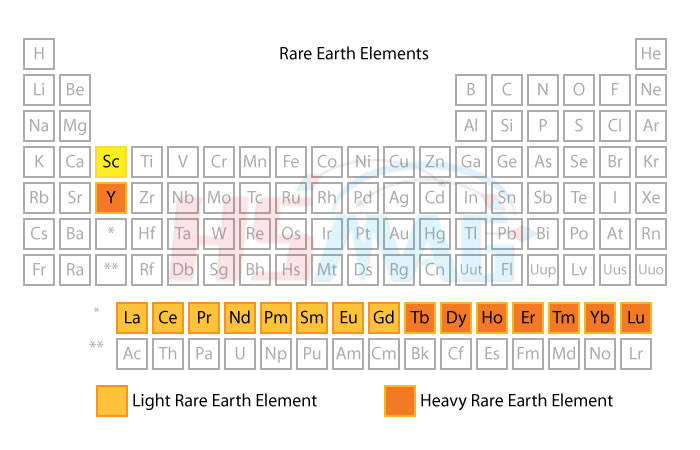 lanthanum (La) – used in high-end optical lenses and in lanthanum nickel-metal hydride (NiMH) rechargeable batteries
cerium (Ce) – the 25th most abundant element in the Earth’s crust (so not rare at all), used in catalytic converters and the oxide as a polishing powder
praseodymium (Pr) – oxide is used as a catalyst in plastic manufacturing and is combined with zirconium oxide to produce a vivid yellow pigment used in ceramics
neodymium (Nd) – used to make super-strong magnets; neodymium-iron-boron (NeFeB) magnets are used to make cell phones vibrate
promethium (Pm) – used to make a phosphorescent pigment and to make the starter switch for fluorescent lamps
samarium (Sm) – used in high strength magnets and to make servo-motors
europium (Eu) – used to make phosphors, notably the reddish-orange color of screens and monitors
gadolinium (Gd) – used in a reactor to control rods to control fission reaction and as a contrast agent to improve magnetic resonance imaging (MRI)

Uses of the LREE

All of the rare earth metals have great economic importance. There are many practical applications of the light rare earth elements, including:

The Special Case of Scandium