Introduction to the principle of magnet power generation, Free electrons in a conductor are subject to the Lorentz force

According to the law of conservation of energy, energy cannot be generated without reason, nor can it disappear without reason. The electric energy generated by magnets must come from other forms of energy. Physics tells us: the process of an object doing work is the process of energy conversion. The electric energy generated by the magnet is obtained by external objects acting on the generator to convert other forms of energy into electric energy. The device that uses magnets to generate electricity is mainly a generator. The energy that works on the generator can be the mechanical energy of water, or the chemical energy consumed by a heat engine (gasoline engine, diesel engine, steam turbine, etc.).

During the rotation of the generator, the rotor cuts the magnetic induction line to do work, so that the electrons in the conductor move directionally under the action of the magnetic field to generate an induced electromotive force (voltage). When the circuit is closed, an induced current will be generated. Of course, only a part of this work is converted into electrical energy. magnet power generation 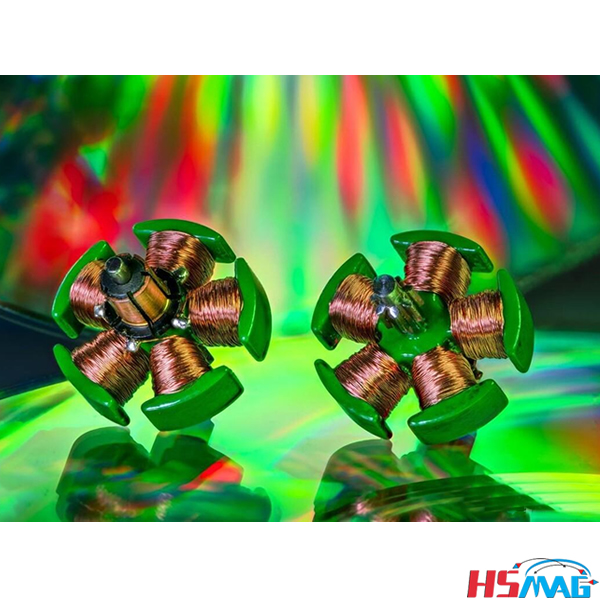 The composition of the magnet is iron, cobalt, nickel, boron, neodymium and other atoms, and its types include neodymium iron boron magnets, samarium cobalt magnets, alnico magnets, ferrite magnets, permanent magnets, and artificial magnets. Among them, NdFeB magnets are known as the king of magnetism and have the strongest magnetism. The working temperature of AlNiCo magnets can be as high as 600°C, and the materials of SmCo magnets are expensive, but they are more suitable for working in high temperature environments. Artificial magnets are the most common magnets in life. magnet power generation