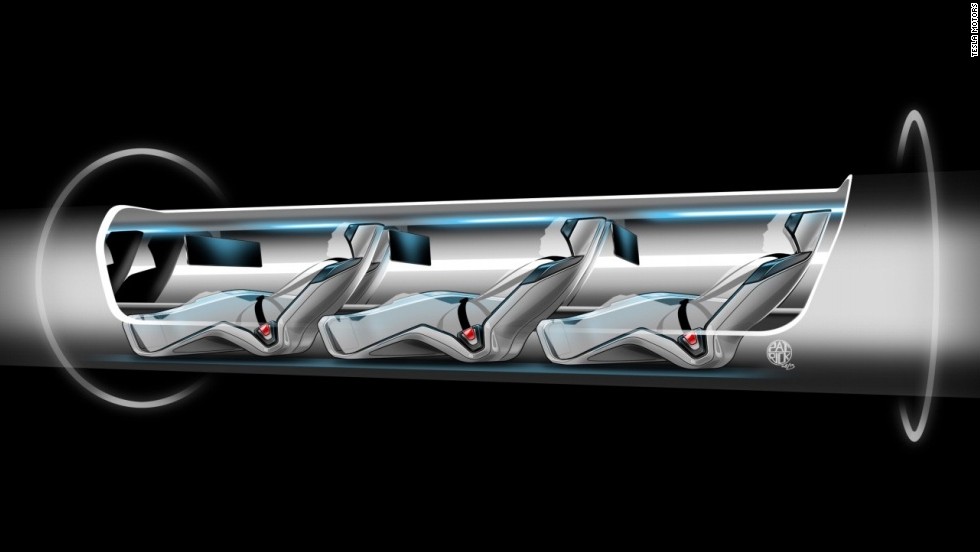 Just how fast would the Hyperloop transportation system envisioned by entrepreneur Elon Musk have to be? Try more than twice as fast as the fastest commercial train in the world.

On Monday, Musk unveiled details about what he called a highly speculative project. But, when the guy speculating has already sent private rockets into outer space, you can’t count him out.

Musk believes the Hyperloop, with giant vacuum-like tubes and an air-bearing suspension system, could ferry riders from Los Angeles to San Francisco in 35 minutes.

That’s a roughly 350-mile trip, meaning the futuristic capsules would be zipping along at almost 700 mph — faster than most commercial airliners and slightly less than the speed of sound.

By contrast, the train believed to be the world’s fastest — China’s Shangai Maglev Train, has been recorded at a top speed of 311 mph. But its top operating speed is 268 mph, meaning it would take just under an hour and 20 minutes to make the same trip. Bullet trains like that one operate on a frictionless magnetic-levitation system, but Musk believes such technology would be too expensive for Hyperloop.

Musk has said he was inspired to promote Hyperloop, in part, by seeing plans in California for high-speed trains that, in his mind, don’t reach their full potential.

Opinion: Hyperloop could be a reality

In California, billions of federal dollars have been pledged for high-speed rail, and voters approved $9 billion in bonds for a bullet train between San Diego and San Francisco. But the project has been set back by myriad issues, and the train, according to Musk’s calculations, would average only 164 mph.

“When the California ‘high speed’ rail was approved, I was quite disappointed, as I know many others were too,” Musk wrote in his overview of Hyperloop plans. “How could it be that the home of Silicon Valley and JPL (NASA’s Jet Propulsion Laboratory) — doing incredible things like indexing all the world’s knowledge and putting rovers on Mars — would build a bullet train that is both one of the most expensive per mile and one of the slowest in the world?”

Musk said building a Hyperloop system would cost “under $6 billion,” a bargain compared to the “several tens of billion proposed for the track of the California rail project.” 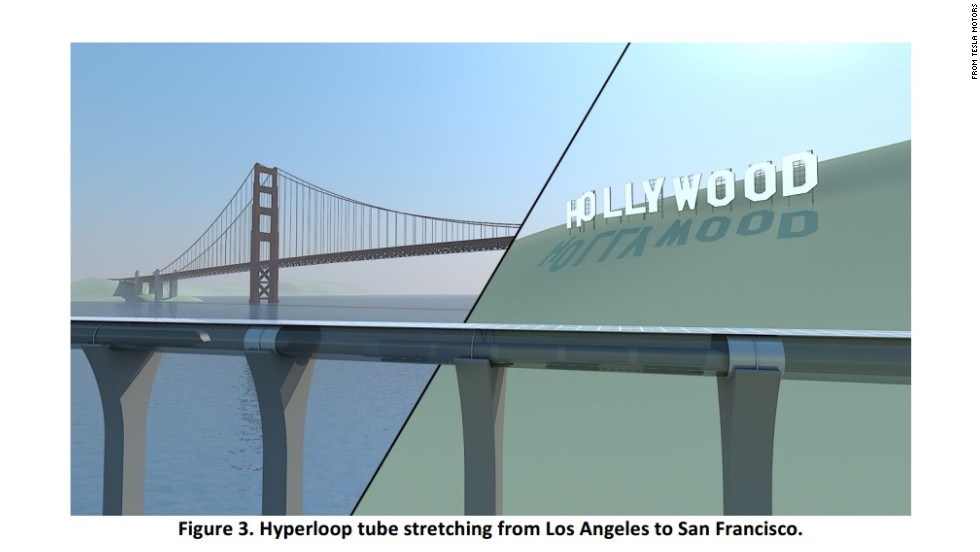 He envisions the tube itself being built above ground, roughly following California’s Interstate 5 highway. Sealed capsules carrying 28 passengers each would leave from stations in Los Angeles and San Francisco up to every 30 seconds during peak hours. Passengers would be able to get on or off at several stations along the way, and a larger system might be able to transport cars as well as passengers.

Leading up to Monday’s announcement, Musk had talked of a similar system being able to transport people from New York to Los Angeles in 45 minutes. In his overview, Musk again speculates that such a feat is possible, but would probably not be a successful business model.

Hyperloop isn’t the only transportation idea out there

“For much longer journeys, such as LA to NY, it would be worth exploring super high speeds and this is probably technically feasible,” he wrote, “but, as mentioned above, I believe the economics would probably favor a supersonic plane.”

As the world ponders whether Musk’s Hyperloop will ever become a reality — he says he doesn’t currently plan to develop it himself — here’s a look at the five fastest trains we have now. 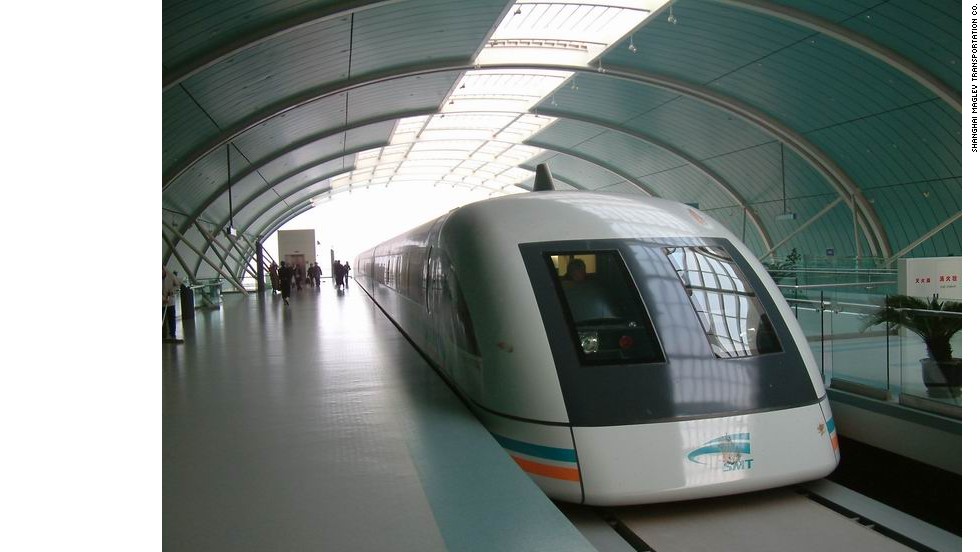 1. Shanghai Maglev Train, China
The Shanghai Maglev (“magnetic levitation”) train connects Shanghai Pudong International Airport with the Shanghai metro system.
It has been recorded at a top speed of 311 mph and its top operating speed is 268 mph, making it the world’s fastest commercial train.
It cost $1.2 billion to build and took on its first passengers in 2003. 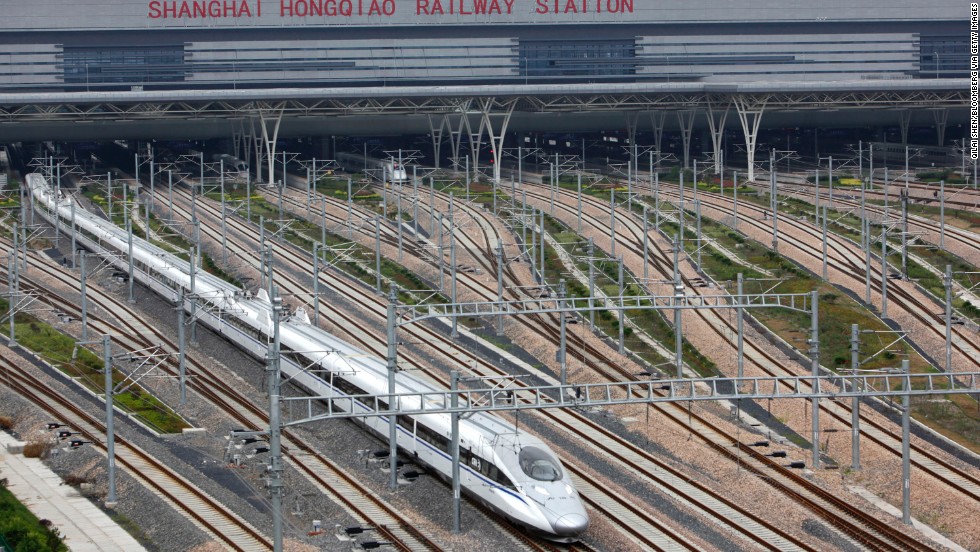 2. China Railways CRH380A, China
Running on a more traditional track, the CRH380A has topped out at 302 mph, maxes out commercially at 236 mph and routinely runs at 217 mph.
There are currently four models of the train serving different railroad lines in China. 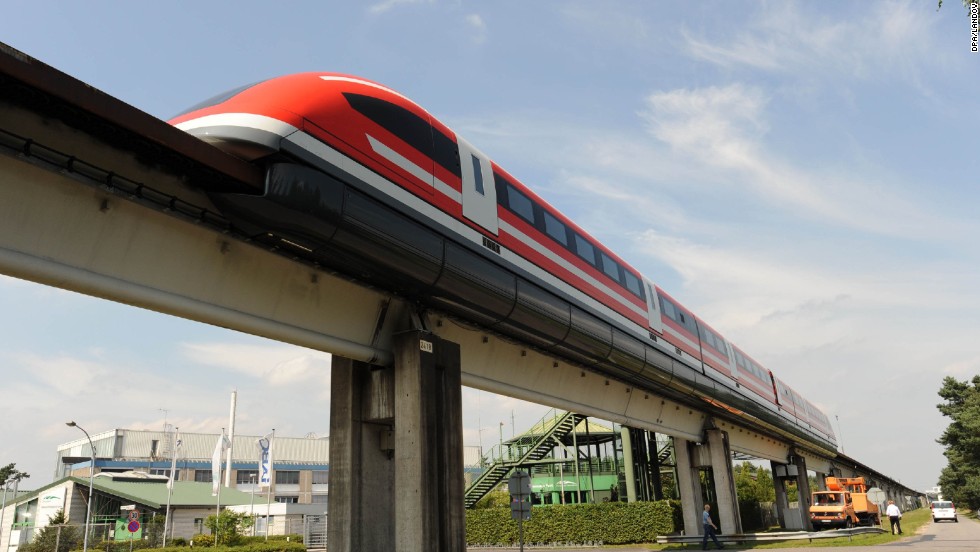 3. Transrapid TR-09, Germany
Another “mag-lev” train, this one ran on a monorail at a top speed of 279 mph. It was the world’s fastest train at the time, running from the Munich airport, but was eventually canceled by the German government in 2008 due to escalating costs.

4. Shinkansen Train, Japan
Japan’s famed bullet train, the Shinkansen, is nicknamed “The Duck-Billed Platypus” because of the duck-like shape of its nose. Japan’s high-speed rail network includes more than 1,400 miles of track, where the bullet trains top out at about 275 mph.