Long answer: 12000 gauss = 1.2 tesla. If that’s a rare earth magnet, NdFeB, it’s about an N35. State of the art 15 years ago but now N48 is the garden variety and you can pay a little more and get up to N56 in quantity.
B field scales roughly with the numbers in the grade designators, so 56/35ths or 60% higher field. Attraction force varies as the square of the B field.
If you’re asking about electromagnets that’s not too strong either. MRIs go up to 4–5T.

You will not like the answer. Permanent magnets are magnetic because they are made of permanent magnets. Every electron is a magnetic dipole, with an associated magnetic field. In certain solids (nickel, iron and cobalt) there is not only an unpaired electron, there are also short-range forces between atoms that align the magnetic moments of those unpaired electrons, to produce a fairly large region, a “magnetic domain,” in which all the moments point in roughly the same direction. Various ways of disturbing the material can result in some domains growing while others shrink, with the result that the entire solid develops a magnetic moment.

Magnets are made of untold numbers of tiny particles including electrons. Electrons it seems, can’t be split any further, and they are already tiny magnets, having two magnetic poles each, a North and a South Pole. They are dipole magnets.

Nothing forbids an isolated magnetic pole from existing as far as is known, but none has ever been found. But ordinary ferromagnetic materials get their magnetic fields because to a greater or lesser extent, their electron spins have all lined up in the same way. The spins line up because being aligned on a relatively long distance scale is a more stable configuration for the material at low temperatures and because they have been aligned by an external field either before after the material of the magnet cooled. You must actually magnetize magnets. If they are cooled in the absence of any magnetic field, you don’t necessarily get a net magnetic field in a large sample of the material. 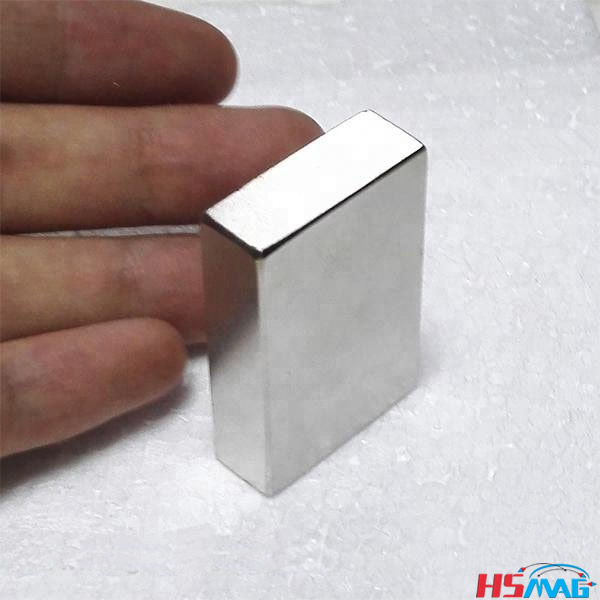 Split a large magnet into two chunks, and both pieces will still have their electrons aligned – so you get two magnets.

Inside the magnet, near to the neutral point, the magnetic field is not zero, but is running from one pole to the other.

There – that’s a profound story about magnets that no one could have explained in any detail before the advent of quantum mechanics in the early twentieth century.

Magnets last for a long time. Unless you demagnetize them and randomize the order of the electrons.
That can be done if the magnet is dropped many many times. It can also be done through heating. Although this does get suspicious if you’re in a store tapping the magnet against the floor for a few hours just to be able to shoplift it without setting off the alarm. Lighting a fire is also suspicious.

This can happen. Keep in mind that there are two important parameters that characterize a magnet, remanence and coercivity. Remanence measures what is typically considered the strength of a magnet, that is, how much force it can exert on a pieces of steel or another magnet. Coercivity is a magnet’s resistance to being demagnetized.

Different magnetic materials have different combinations of these two attributes. So if you have a magnet with a low coercivity (for example, AlNiCo or ferrite) and put it next to a magnet with a high remanence (such as NdFeB) the remanence of the strong magnet can be enough to defeat the coercivity of the weak magnet and demagnetize it, at least partially.

If you have recently used a strong magnet chances are that this is neodymium-iron-boron magnet. They are very strong and not too expensive. What makes them really special is an outcome of one property: high coercivity. Coercivity is a measure of how strong should an opposing magnetic field be that will demagnetize it. take a rod magnet magnetized to the length of the rod. Now cut it in half, not with a saw, just imagine two half-length magnets of the same with. The coercivity means that this magnet remains almost as strong. These magnets can be prepared with quite a flat shape and still maintain good magnetism. This allows making machines and locks that are not too deep and thus save volume. We therefore find them in motors, generators, door locks and toys. They are not without drawbacks: can lose magnetism in moderate heat, are brittle, easily corroded and somewhat expensive. They still enjoy a wide niche where no other magnet can compete and some like to call them supermagnets.