You probably know that magnets attract specific metals and they have north and south poles. Opposite poles attract each other while like poles repel each other. Magnetic and electrical fields are related, and magnetism, along with gravity and strong and weak atomic forces, is one of the four fundamental forces in the universe.

But none of those facts answers the most basic question: What exactly makes a magnet stick to certain metals? Or why don’t they stick to other metals? Why do they attract or repel each other, depending on their positioning? And what makes neodymium magnets so much stronger than the ceramic magnets we played with as children? 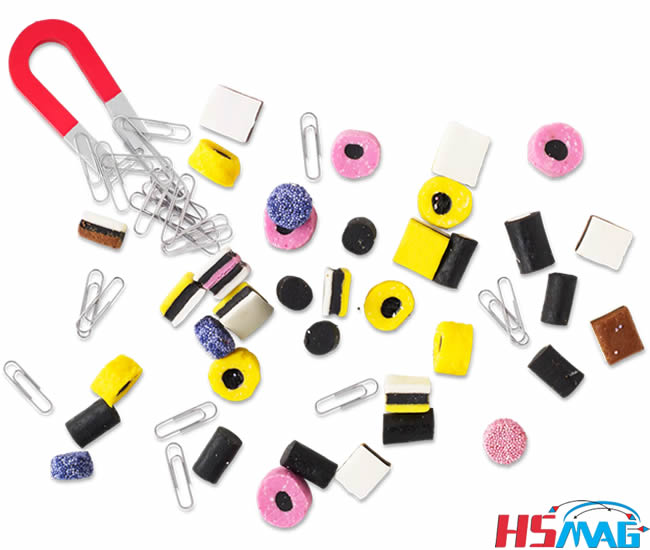 Because electrons and protons are tiny magnets, all materials have some sort of magnetic property. In most materials, however, the way electrons spin in opposite directions cancels out an atom’s magnetic properties. Metals are the most common choices to manufacture magnets. Although some are made from simple metals, combinations of metals — called alloys — produce magnets of different strengths. For example:

Ferrites or ceramic magnets: These are like those used in refrigerator magnets and elementary-school science experiments. They contain iron oxide and other metals in a ceramic composite. A ceramic magnet known as lodestone, or magnetite, was the first magnetic material discovered and occurs naturally. Even though the ceramic magnet has been around for so long, they weren’t commercially produced until 1952. Although they’re common and keep their magnetism, they tend to have a weaker magnetic field (known as the energy product) than other types of magnets.

Alnico magnets: These were developed in the 1930s and are made from aluminum, nickel and cobalt. They’re stronger than ceramic magnets, but not as strong as the ones that incorporate a class of elements known as rare-earth metals.

Neodymium magnets: These contain iron, boron and the rare-earth element neodymium, and as of this writing, they are the strongest commercially available magnets. They first appeared in the 1980s after scientists at the General Motors Research Laboratories and the Sumitomo Special Metals Company published their research.

Samarium cobalt magnets: These were developed by scientists at the Dayton University Research University in the 1960s, and combine cobalt with the rare-earth element samarium. In the past few years, scientists have also discovered magnetic polymers, or plastic magnets. Some of these are flexible and moldable. However, some work only at extremely low temperatures, and others pick up only very lightweight materials, like iron filings.