How are magnets made?

How are magnets made?

How are magnets made? More than 20 years of doubts have finally been solved

Magnets, we remember deeply when we were young, it is a magical thing. After class, I played a magnet fight in the classroom. Two magnetic fighters each took a magnet and placed it on both sides of the center line at the same time. When the referee ordered both sides to let go at the same time, the magnet that crossed the boundary would be taken away if it lost. Happy. In the cartoon “Tom and Jerry”, you can also see that Tom cat is being miserably messed up by Jerry mouse using magnets. 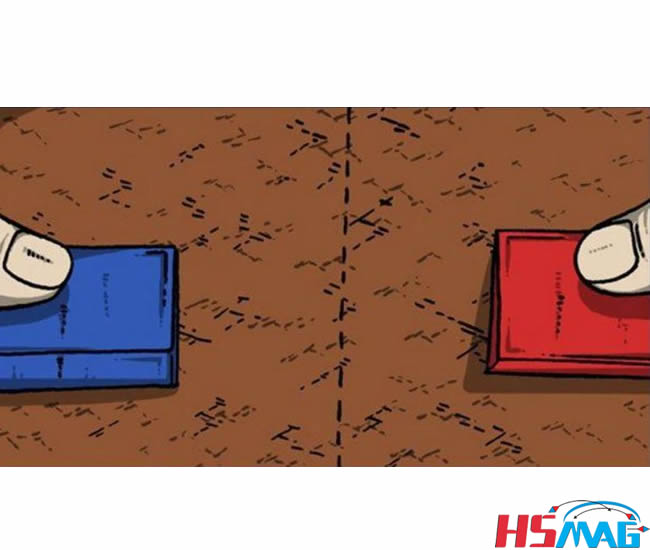 How are magnets made

When we grow up, we can’t live without it. The maglev train we ride, the MRI in the hospital, the speakers we use, and the electromagnetic guns developed by various countries in the military… Magnets have so many magical functions, let’s learn about them today. a bit.

The magnet we usually understand is an object with mutual repulsion and mutual attraction. The magnet is composed of iron, nickel, and cobalt. It has its own magnetic moment. The internal structure is arranged in the same direction, with one end north pole (N pole) and one end south pole (S pole).

So why are there still many objects in nature that are not magnetic? The magnetic substances in iron, nickel, and cobalt are different, and the electrons in it can be spontaneously arranged in the same direction, so that the magnetism is strengthened to form a magnet.

The process of magnet absorbing iron generates attraction to iron, and the magnet and iron “stick” together, we say that the magnet is magnetic, which means that the magnet can absorb iron but not aluminum, copper and other objects, and the internal structure of different metals are different. The unit of magnetic induction is Tesla, or T for short.

The development history of magnets:

2,300 years ago, the Chinese ground the natural magnet into a spoon shape and placed it on a smooth ground. Under the action of geomagnetism, the handle of the spoon became the world’s first guide instrument.

1,000 years ago, the Chinese made the world’s first compass by rubbing and magnetizing iron rods and magnetic rods.

Around 1100, the Chinese used magnet needles and azimuth disks to make a magnetic compass for navigation.

In 1820, a Danish physicist discovered that current induces magnetism.

In the 1930s, Japan discovered a new magnet of nickel, aluminum, and cobalt mixed elements.

In the 1970s, Japanese scientists invented the neodymium magnet, which is called the “king of permanent magnets”.

First make a sand mold in the shape of the magnet, and then you can cast the magnet. The materials include copper, cobalt, sulfur, nickel, iron, aluminum and titanium. Put the metal into the electromagnetic furnace and heat it to more than 1600°C to melt all the metal into liquid.

When the solution is poured into a sand mold, the sand mold will burn, because the gas in the hardened sand is flammable.

Use a hammer to pry open the mill to allow air to enter the mill to cool the material and allow the gas to burn off. Separate the metal from the sand block, and the cast metal is still an ordinary iron block, which does not have any magnetic force.

Put it into the furnace and heat it at 700°C, take it out, fix the two ends of the copper tube with clamps, pass a low-voltage high-charge current, and then take out the metal part. This step has made the metal part slightly magnetized, and the direction of the magnetic field has been correctly established.

The magnet is made effective through the magnetizing machine, and the machine will pass the magnetism to the metal through the current to make it magnetized. After passing through the alternating current, the capacitor is first charged with a high voltage (energy storage), and then discharged through a coil with a very small resistance. The current peak value is very high during discharge, which can reach tens of thousands of amperes. The powerful magnetic fields generated by electromagnetism can permanently magnetize metals.

Note that neodymium magnets are formed by sintering, while ordinary magnets are cast. Because the material contains neodymium and iron, the surface is prone to rust, and some protective electroplating treatment is required. This is also a shortcoming of it.

In the process of using a magnet, we will find that the stronger the magnetic force, the more fragile it is, which is caused by its physical characteristics. The magnet is made of powder sintered in the production process, and the sintering time is long, and the inside is a dead piece, which lacks flexibility.

The magnets attract and repel each other under a strong magnetic field will also give the magnet itself a great reaction force, and it will be easily broken when it encounters other hard objects. After the magnet is broken, each small magnet still has an S pole and an N pole. This is because the magnetic poles of any magnet always appear in pairs. Breaking cannot separate its north pole from its south pole. Every magnet has its own pole no matter how small it is. bipolar. 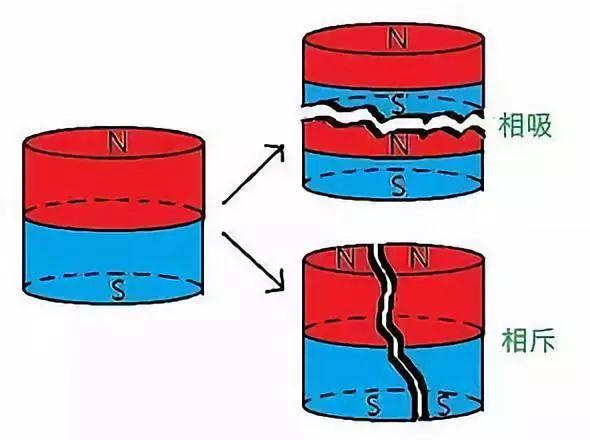 Let me talk to you about the high-tech military weapon, the electromagnetic gun. It installs a coil in the gun barrel, and after electrification, a strong electromagnetic field force is generated in the gun barrel to accelerate the movement of the projectile and launch it out. The speed can reach 11 kilometers per second. This speed can instantly wipe out any target. Its shells are ordinary metal projectiles, and the cost is very cheap.