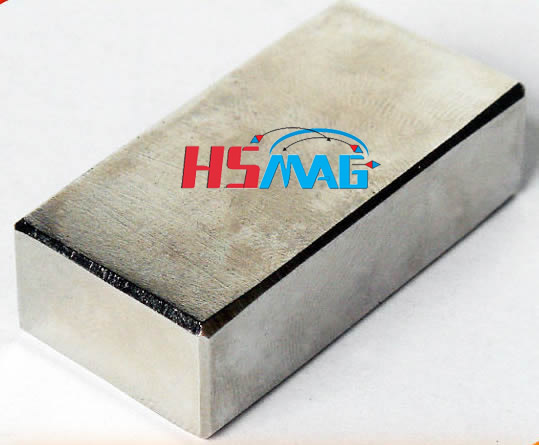 General Questions about magnets
[Q] What does a magnetic field look like?
[A] The traditional way of visualizing magnetic fields is to place a magnet near a surface covered with iron filings.
[Q] Is it true that magnetic fields are stronger closer to the magnets themselves?
[A] Yes. The strength of magnetic fields diminishes with distance. This phenomenon can be measured with exponential equations.
[Q] What is magnetism?
[A] Magnetism is the force of attraction or repulsion between magnets, such as iron, nickel, cobalt, and steel. The force of magnetism is due to the motion of electric charges.
[Q] What are magnetic poles?
[A] All magnets have points, or poles, where their magnetic strength is concentrated. Those points are called poles, labelled north and south.
[Q] What is the difference between the north and south poles of a magnet?
[A] When suspended or allowed to rotate freely, magnets orient themselves in a north-south direction. The end of a magnet that points to the north is called the north pole. The point that seeks the south is called the south pole.
[Q] Is there a simple way to tell which end of a magnet is the north pole?
[A] The easiest way is to use another magnet that is already marked. The North pole of the marked magnet will be attracted to the South pole of the unmarked magnet. If you place a compass near a magnet, the needle that normally points toward the north pole of the earth moves in the direction of the magnet’s south pole.

General Questions about magnets
[Q] Is one pole stronger than the other?
[A] No, both poles are equally strong.
[Q] What does ‘orientation direction’ mean?
[A] Some magnets, called oriented or anisotropic magnets, have a preferred direction in which they should be magnetized. The “orientation direction,” also known as an “easy axis” or “axis,” is the direction that achieves its maximum magnetism. Other magnets, called unoriented or isotropic magnets, can be magnetized in any direction.
[Q] What is the difference between permanent magnets and electromagnets?
[A] Permanent magnets emit a magnetic field without the need for any external source of power. An electromagnet emits a magnetic field only when an electrical current runs through it.
[Q] Are permanent magnets really permanent?
[A] Magnets generally retain their magnetism unless they are stored near power lines, other magnets, and high temperatures. Over time, magnet materials lose a very small amount of magnetism. For example, Samarium Cobalt magnets may lose about 1% of their magnetism in ten years.
[Q] Do magnets get weaker? How?
[A] Several factors can weaken the magnetism in a magnet. If a magnet is stored close to heat, strong electrical currents, other magnets, or radiation, it can lose its strength. Additionally, high humidity can corrode neodymium magnets.
[Q] Can magnets that have lost their magnetism be re-magnetized?
[A] That depends on how the magnetism was lost. Usually magnets can regain their original strength unless they’ve been exposed to extreme heat.
[Q] Can magnets be made stronger?
[A] Once a magnet is fully magnetized, it cannot be made any stronger.
[Q] What can magnets do?
[A] Magnets have many functions. Magnets attract materials, including iron, nickel, cobalt, and steel. Magnets attract magnets at opposite poles and repel magnets at like poles.
Magnets affect electrically charged particles and electrical conductors, so magnets can transform between electrical energy and mechanical energy without losing their own property. This function is very useful, for example:
Electrical-to-mechanical effects are key in the function of motors, speakers, and equipment that requires charged particle deflection.
Mechanical-to-electrical effects are used in generators and microphones.
Mechanical-to-heat effects facilitate eddy current and hysteresis torque devices.
Mechanical-to-mechanical effects attract or repulse objects.
Other effects of magnets include magneto-resistance and magnetic resonance.
[Q] How do magnets really work?
[A] Watch these videos:
How Magnet Works – The FORCE of Nature
And this wiki page: Magnet