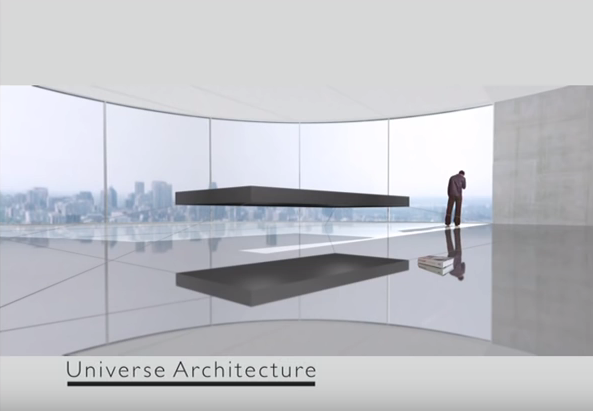 This was posted about a year ago but now comes the interview with the inventor of the floating magnetic bed. I wonder if anyone would want to buy it on a full scale and sleep on it considering that you might wake up in the middle of the night with a UFO attached to your bed. The interview starts at 1:25 into the video.

Amazed to see this floating magnetic bed, but the concept isn’t new, I already designed such a thing far more then 20 years ago, although there wasn’t any electronic material to build it 1:1, I cant prove it, but its certainly not new in design and discovery. Please see the VIDEO:

Not to rain on your parade or anything but if you watch the video, or watch it more carefully, you would know that this is not true, as he explained that the “magnetic field on top of the bed is almost zero”, which also explains why a person would be able to use their laptop on top of the bed with out it sicking. So really if all four cables came loose, though I doubt they would or he would have a pretty bad lawsuit against him, then the bed wouldn’t flip but more almost dis-align itself from the magnets in the floor and “slide” in one direction and fall to the ground a few meters from it’s initial position.

Magnets don’t like to stick north-to-north… If those cables broke and came loose, the bed would flip to it’s more “favorable” position. This would juice it’s occupants between what would probably be an array of some of the largest, most powerful permanent magnets ever produced.

Ya, I had this idea when I was in the 5th grade….  20 years ago. After learning about electromagnetism, and wondering how they got the “hover boards” to work in the movie “Back to the Future”.
[/fusion_text]