Earth’s Magnetic Field Reversal Took Three Times Longer Than Thought
A new study suggests the last field reversal 773,000 years ago took 22,000 years to occur, which could explain some of the inner workings of our planet’s core。

Earth’s magnetic field is known to flip direction with a somewhat unnerving regularity: magnetic north switches to south, and vice versa. The processes that drive this change are poorly understood; scientists know the last reversal took place about 773,000 years ago, but exactly what happens in our planet’s core to bring about the change is unknown. A new study, however, could help clarify the underlying cause because it suggests that reversal takes much longer than we thought. The findings also have potential implications for humanity during the next flip.

In their paper published today in Science Advances, Brad Singer of the University of Wisconsin–Madison and his colleagues calculate that Earth’s last magnetic field reversal took roughly 22,000 years. Previous studies had estimated the phenomenon lasts anywhere from 4,000 to 9,000 years. The new number implies the switch is a more tumultuous event than we thought. “The reversal process is way more complicated, and it lasted longer in our estimation,” Singer says. “Our study points to a more protracted and complex process for driving and propelling a geomagnetic field reversal.”

To make its calculation, the team used data from an array of sources that hold historical information about Earth’s previous magnetic switch, known as the Matuyama-Brunhes reversal. One piece of evidence was lava flows, which act as a time capsule because their iron-rich minerals align with the direction of the planet’s magnetic field when the lava hardens. Researchers can examine isotopes of argon within the lava flows to date them and draw a clear picture of the activity of the magnetic field at a specific point in time. 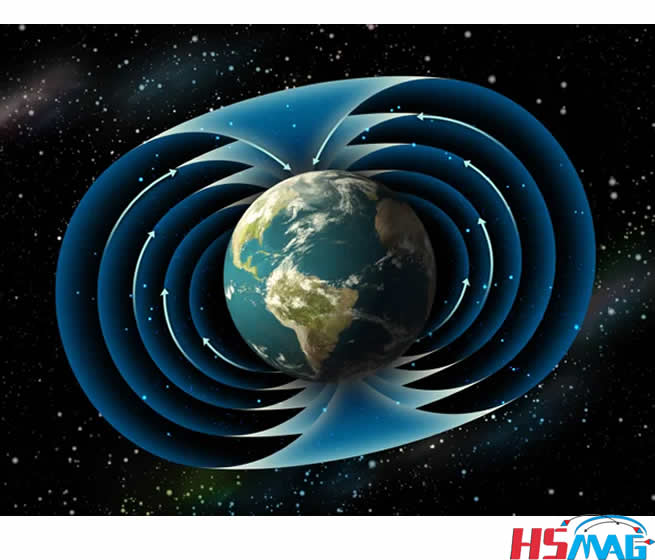 The findings suggest that Earth’s magnetic dipole field began to collapse about 795,000 years ago and experienced what is known as an excursion, in which the field drops to a significant fraction of its original strength but does not reverse. The last excursion—the Laschamp event—occurred some 41,000 years ago. After recovering slightly 784,000 years ago, the planet’s field then collapsed again and ultimately switched orientations 11,000 years later, with the final process of polarity reversal lasting 4,000 years. “What the lava-flow records show clearly are a couple of attempts by the dynamo to reverse polarity that took place prior to the final culminating reversal,” Singer says.

The results could have important implications for Earth’s next magnetic reversal, which some scientists think we may be approaching. During an excursion or a reversal, the magnetic field is considerably weakened and allows many more cosmic rays to reach the surface of the planet. These energetic particles from space can be damaging to life on Earth if too many reach the surface. Furthermore, satellites in orbit would no longer have the planet’s magnetic field to protect their sensitive electronics, leaving them more susceptible to cosmic-ray damage. “If the dipole is gone, the shield that protects us from incoming cosmic-ray particles will be gone as well,” says Quentin Simon of the European Center for Research and Teaching in Environmental Geosciences (CEREGE), who was not involved in the study.

By dating the duration of the reversal, it is also possible for researchers to investigate the details of what happens in Earth’s core during the event. “It may be that you have to weaken the field for several thousand years in order to get a reversal because the inner core is solid,” Singer says. “If you turn off the magnetic field in the liquid outer core, there’s magnetic energy inside the solid inner core that takes several thousand years to leave.”

Not everyone agrees with Singer’s findings, however. Nicolas Thouveny, also at CEREGE, says that evidence from sediment cores taken from the ocean floor points to a shorter reversal duration of, at most, 8,000 years, not 22,000, and that lava flow data do not “provide a reliable time series.” Singer, however, says that the lava flow data are confirmed in other observations. And he suggests that Thouveny and his colleagues fail to properly take the period before the reversal into account. “Our findings clearly show that in the 22,000 years leading up to this brief period, the outer-core dynamo became highly unstable and attempted to reverse polarity twice prior to 773,000 years ago,” he says. More data and analyses in the future, coupled with better models of Earth’s core, should help settle the timing and give us a better preview of what might be in store for the planet’s magnetic field down the line.